A plugger knows he’s on a restricted diet when his dog’s food starts to look appetizing, when he looks at his dog’s food and thinks, “This is how I’m supposed to eat, not with a fork and knife, not off of a plate, not wearing clothes, not living in a house.” A plugger knows the restrictions come from a decision he made long ago, when he had to choose to remain as he was or to become something different, something that was supposed to be better. A plugger doesn’t think about that decision very much any more. But sometimes he can’t help it. 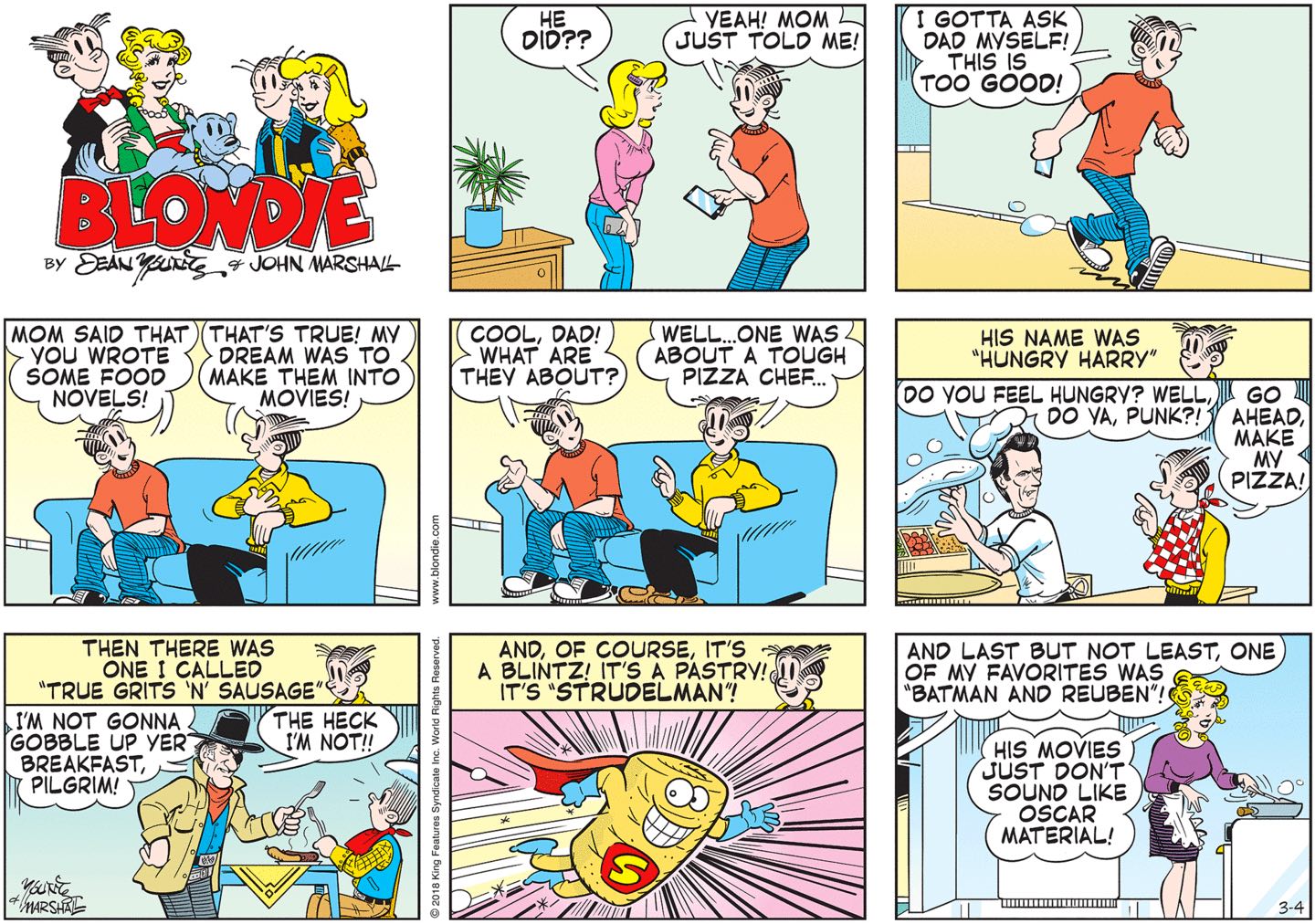 Today’s Blondie, in which two icons of 20th century American pop-culture masculinity aggressively urge the protagonist to stuff himself with food until he can’t eat another bite, gives me a horrifying glimpse of who this strip is actually “for.” 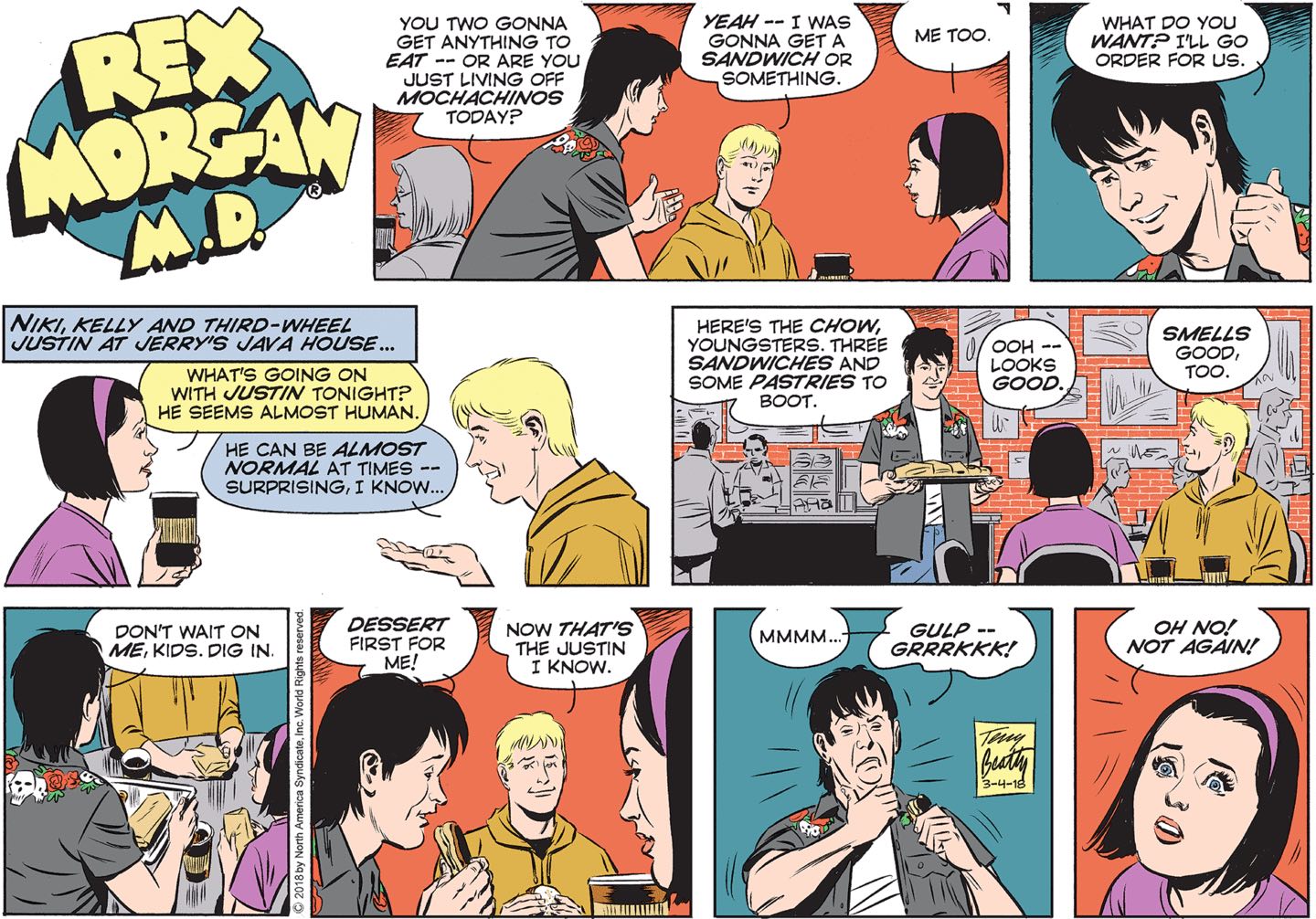 Justin’s regurgatory cycle is the most interesting thing to happen in Rex Morgan, M.D., in months, so I guess I’ll just settle in and enjoy it for as long as it keeps happening. Can’t wait to see all the variations! “That’s our Justin!” [audience laughter] [everyone is splattered with vomit]