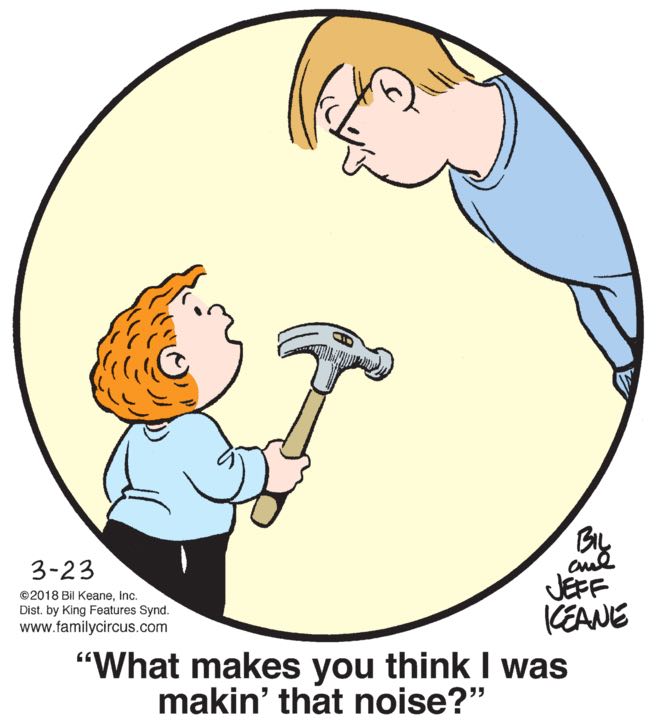 The image of Jeffy wandering cheerfully around the house, having somehow gotten access to a dangerous implement like a hammer, is of course something you don’t forget, so I was pleased to find justification for the déjà vu I felt seeing today’s Family Circus panel: this is basically just a zoom-in on a panel from six years ago, though I accept that the original art is probably much older than that, dating from an era when it was socially acceptable to just leave blunt instruments lying around the house where your toddlers could find them. Anyway, the 2012 version featured Jeffy offering to “play doctor” with Big Daddy Keane, by which I mean threatening to smash his kneecaps with a hammer; in today’s installment, Jeffy announces that anyone who tries to reduce the volume of his ruckus will get a hammer to the face. 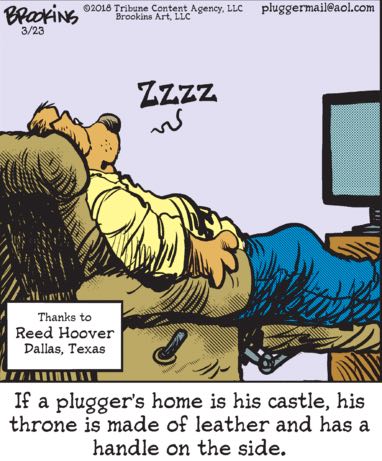 One of the most dangerous times for any monarchy is when the monarch dies, especially if there’s no clear successor in place, or if the heir to throne is hostile to the old king’s courtiers and advisors. There are at least two famous historical monarchs — Qin Shi Huang, China’s first emperor, and Numerian, a Roman emperor who briefly reigned towards the end of the chaotic third century AD — whose deaths were kept secret for weeks by their ministers until a succession to the throne that suited those ministers’ liking could be arranged, with their royal bodies left to rot unburied in the meantime, which is a thing that occurred to me for no particular reason when I read today’s Pluggers.

HE SCREAMS OUT NUMBERS AS HIS PHYSICAL FORM TRANSFORMS INTO ABSTRACT INFORMATION, AND A LADY IS SMILING AND CHATTING ON THE PHONE JUST A FEW FEET AWAY