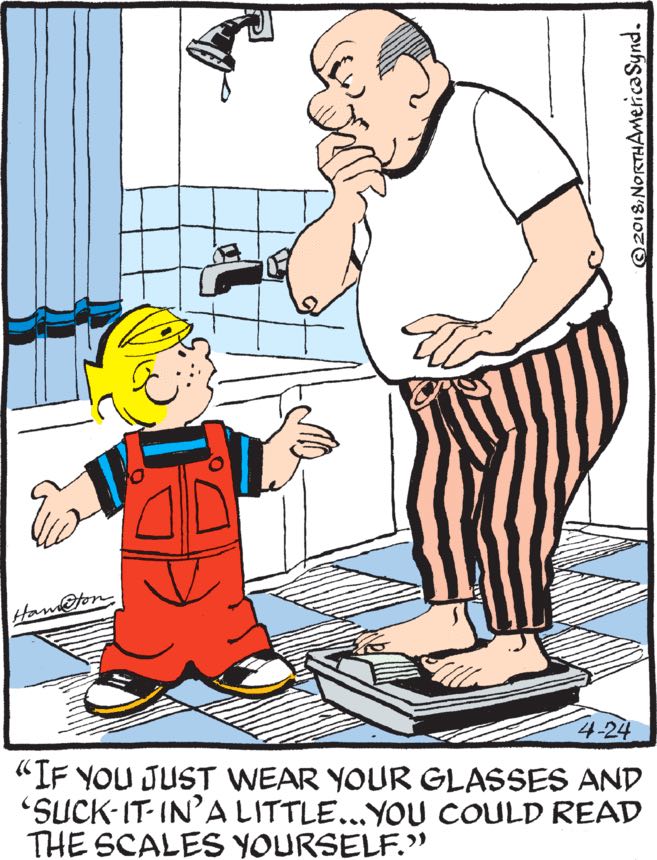 A question continually bedevils longtime readers of Dennis the Menace, in whose cursèd company I sadly count myself: why does Mr. Wilson allow Dennis, his most hated enemy, to spend so much time in his home, disrupting the peace in retirement that he has earned? Today’s panel gives us a glimpse at the answer: Mr. Wilson employs Dennis as the loathsome equivalent of a shabbas goy, using the child as an assistant in the sorts of tasks that would already fill him with distaste or unease, so that he can shift his anger from himself to Dennis. Perhaps allowing Mr. Wilson to play out this twisted dynamic rather than facing his own emotions honestly is one of the most menacing things Dennis has done.

You know what they say — never meet your heroes! They say this because you’ll learn that they eat food in restaurants and have ideas in places that exist in the real world, rather than existing as creatures of pure mind, I guess? I guess that’s what they mean, based on this Funky Winkerbean, which is otherwise incomprehensible?