Darrin and Pete, of course, got Hollywood jobs without even really trying, which is why they’re obviously quitting and leaving town to help some nerd launch his doomed vanity comic book publishing project. Because while nature in the real world abhors a vacuum, the fundamental underlying structure of the Funkyverse hates happiness and success the most of all. 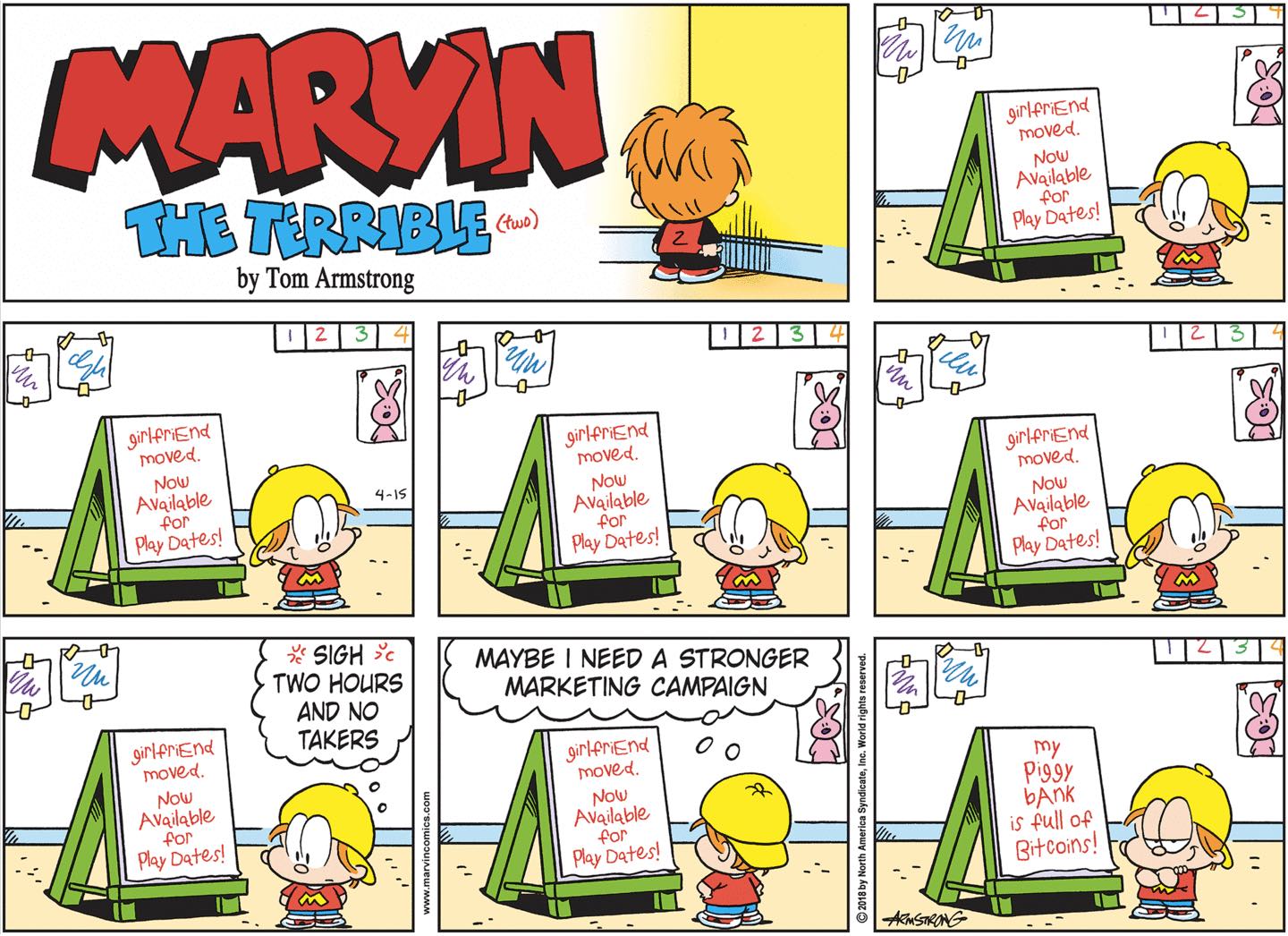 JOKE: Marvin comics about the stages of first-language acquisition