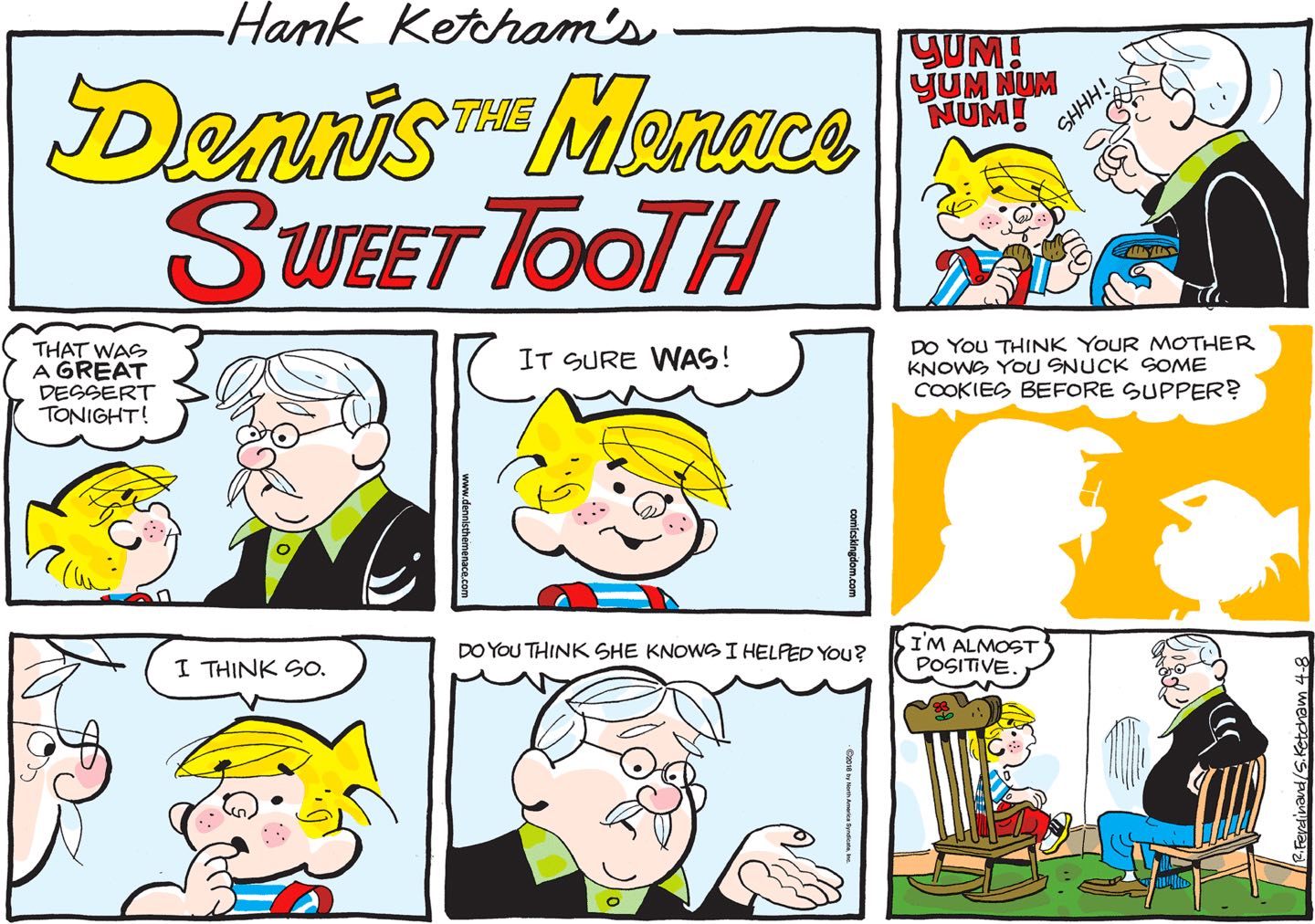 At first I was going to say “I can’t believe I actually have dedicated mental energy to this,” but obviously I have a blog about comic strips so it’s pretty obvious that I would dedicate mental energy to this, so let me pose the question to you, the reader: doesn’t Dennis’s grandpa look kind of off-model here? He usually doesn’t have glasses and his hair isn’t usually doing that in front and, perhaps most importantly, he usually looks kind of smug and self-assured, like he does here. Anyway, the reason I’m going through this whole thought process is that today’s strip never actually identifies this man as Dennis’s grandfather, which means that maybe he’s just some random old man feeding Dennis cookies for his own no doubt horrifying purposes, and who has been caught and punished in possibly the least effective manner possible.

Gasoline Alley isn’t always hip to the latest trends, but today it’s here to tell you that there’s a third dimension now! Crazy, right???? I’m mostly posting this comic to point out that Gasoline Alley is extremely scrupulous about respecting the intellectual property rights of Magic Eye, Inc., who, though they would appreciate being referred to, falsely, as “today’s rage,” would probably be angry if their brand name were put above the “puzzle” in the second-to-last column, not least because you can stare it all you want and nothing 3-D is going to happen inside your brain.