To be somewhat serious for a minute: when I joke about the grinding rural poverty in Barney Google and Snuffy Smith, which I do a lot, I hope I’m making it clear that my intention is make fun of the callous contrast between actual rural poverty, which is still very real and very grinding in the year 2018, and the weird “funny” play-acting version of rural poverty in Barney Google and Snuffy Smith, much of the iconography of which was developed during the vogue of hillbilly humor that was at its peak when this strip’s action pivoted from the big city to Hootin’ Holler in 1934. The characters are for the most part relatively untroubled by their circumstances, and, in a tradition that goes back through Sanford and Son all the way to ancient Greek comedies, are often depicted as being wiser and more content than their more sophisticated and less impoverished contemporaries, when they occasionally encounter them. Every once in a while, though, in some of the incidental background gags of the strip, you get a glimpse of something really depressing, like the fact that the Smiths live in a single-room shack with different ad-hoc living spaces created by patched curtains hanging from the ceiling. Or today, where the “joke” of the throwaway panels is that the Smith home has a leaky roof and so on rainy days their children are wet and miserable, even when they’re inside. That’s not a joke at all! It’s actually incredibly sad! 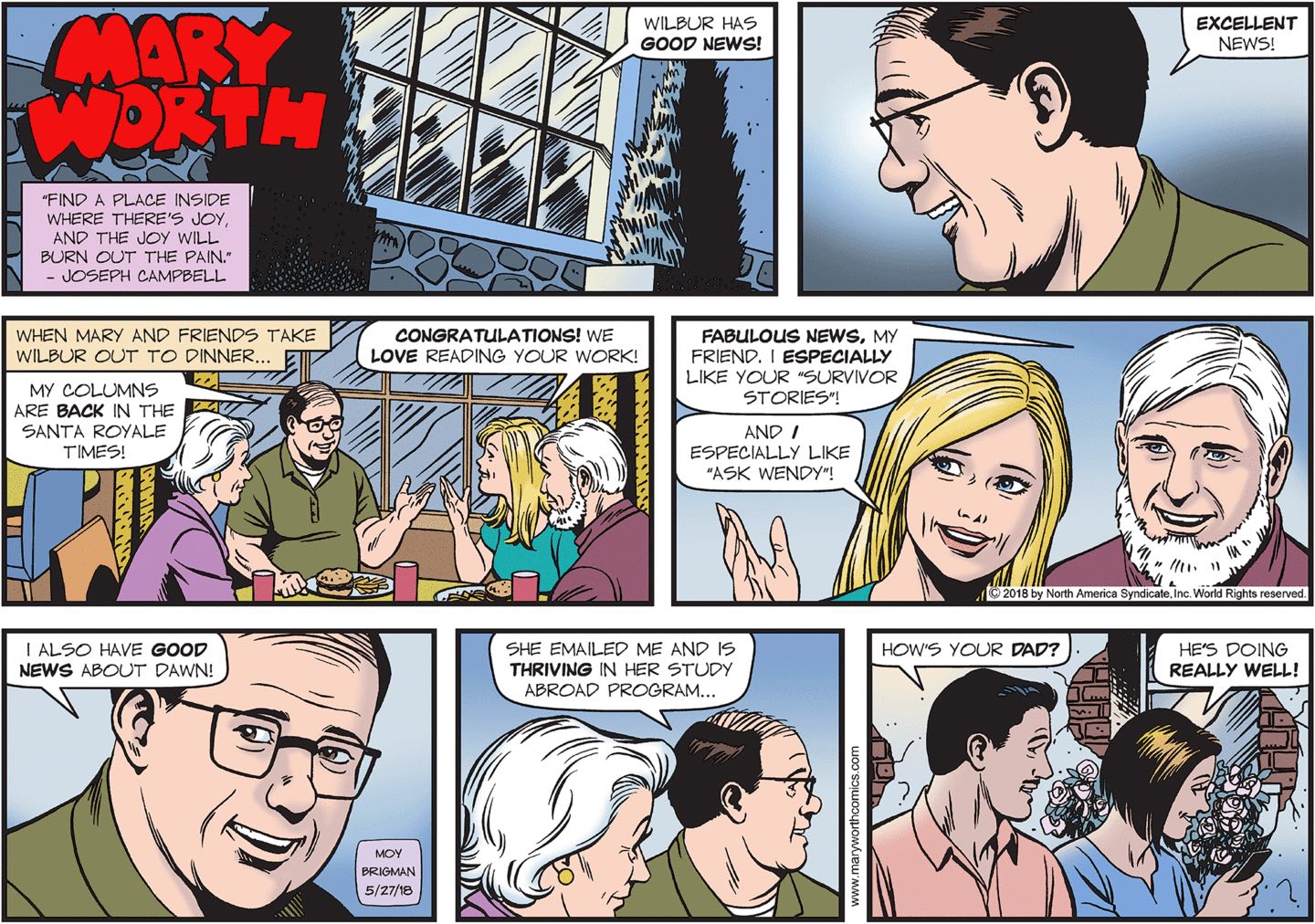 [earlier that week, in Mary’s apartment, Ian and Toby are reading off of scripts Mary has provided]

IAN [extremely sarcastic]: Fabulous news, my friend. I especially like your “Success Stories.”

MARY [interrupting]: No, Ian, it’s “Survival Stories,” not “Success Stories.” We have to make him believe you actually read it. Do you want him to throw himself off a cliff?

IAN: Honestly, I’m of two minds about that, Mary…

MARY: Zip it. You’re going through this charade or I post to the local Nextdoor everything you’ve confided in me over the years. Capisce?

MARY: OK, take it from the top. And it wouldn’t hurt to smile a little.

TOBY [way too loudly]: Congratulation! We love reading your work!