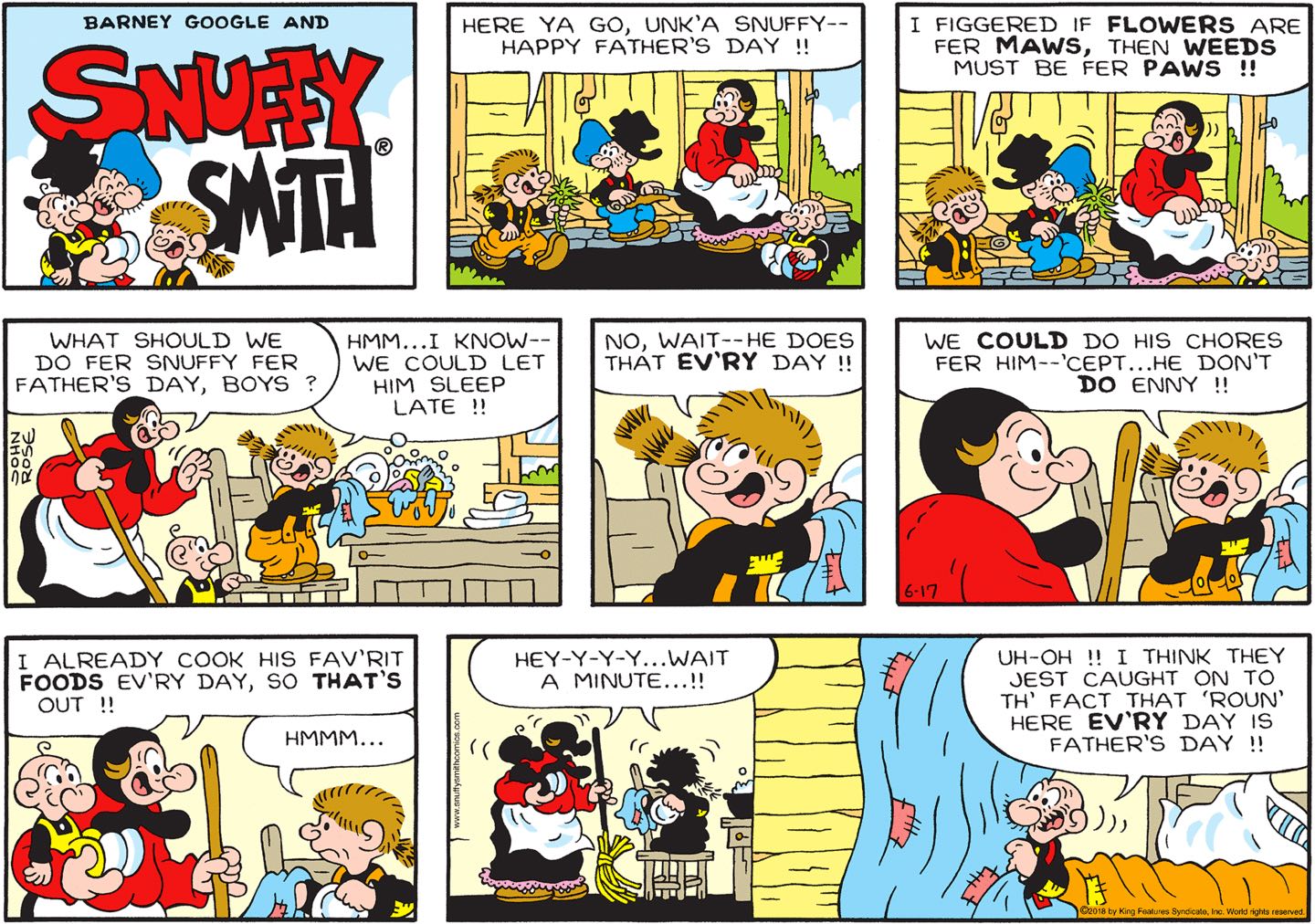 Aww, isn’t that sweet? Jughaid is honoring his Uncle Snuffy on Fathers Day, even grouping him in with the “paws,” and saying nothing of his own biological father. What terrible circumstance has led him to being raised by his second-order kin rather than his parents? Did his father die in an ongoing feud with another clan — perhaps die shamefully, so his name is never spoken? Or was the boy himself captured as an infant in a raid for chickens and other movable goods in a neighboring holler, with “uncle” just a convenient term for non-parent guardian applied to the family that took him in? This is surely one of the more intriguing instances of nephewism in the daily comics. 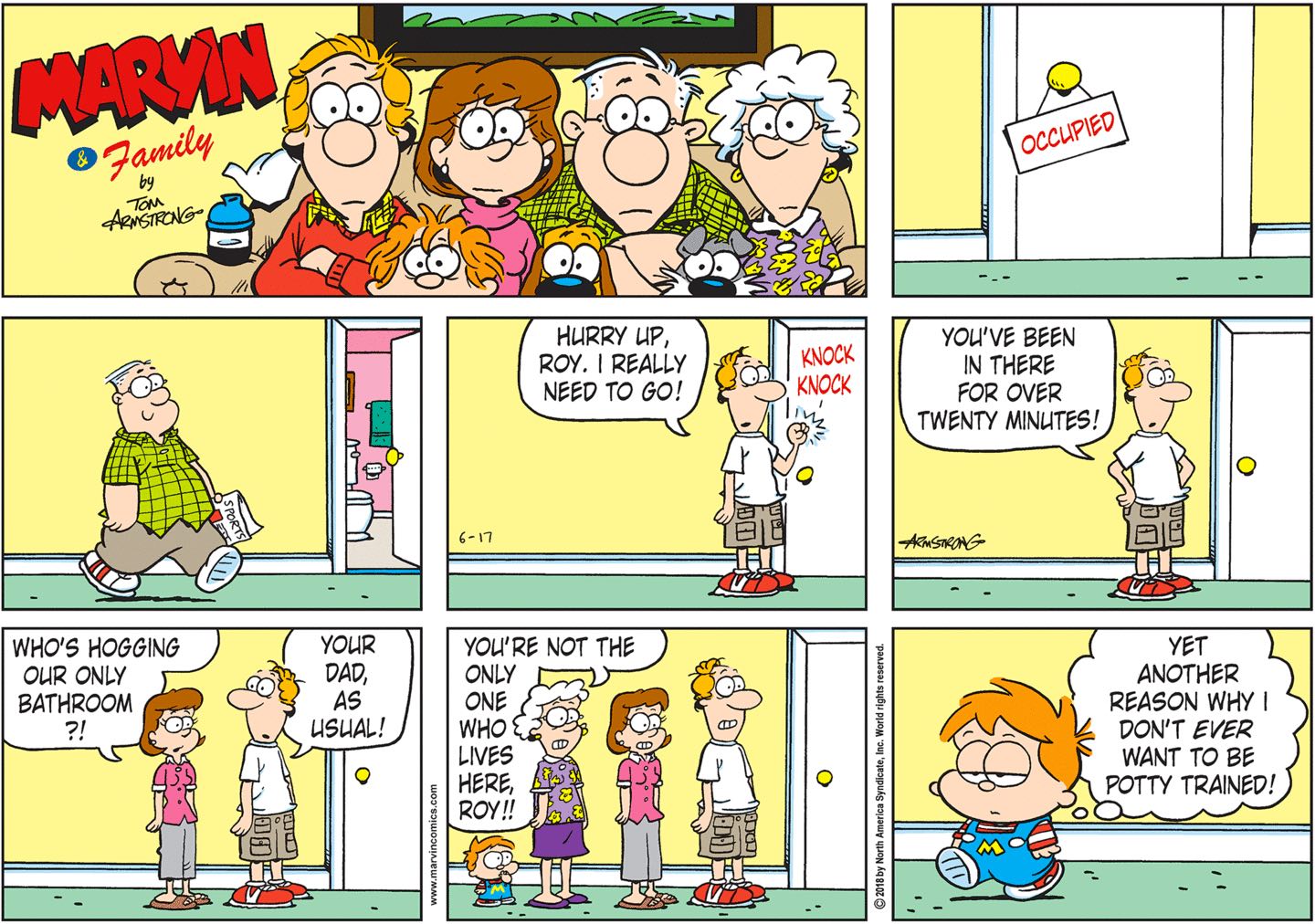 This right here is probably Marvin: Origins. I’m not talking about the origin of Marvin the character; that happened when Jeff and Jenny managed to briefly overcome their mutual resentment and irritation and have sex with one another. No, I’m talking about the origin of the strip itself, which probably came about when someone was waiting in line for the bathroom and thought “Wouldn’t it be great if I could just shit my pants? And if that was somebody else’s problem? Ugh, God, babies have it so easy!”