“It’s hard to describe, Mark! It just gives me an uneasy feeling … as if it were consecrated to some long-dormant winged serpent god, whose very avatar is following us now and watching us intently with Its inhuman eyes, ready to rise from Its century-long slumber when enough living men have gathered unknowingly in the sacred forecourt before the temple’s altar, ready to drink men’s blood once again to regain Its power and reign on earth for ten thousand awful years! You’ll see!”

Sheriff Tait sure is havin’ a good laugh at the idea of of having a cam’ra! Flatlander law enforcement officers are often fitted with body cameras to provide a record of their activities, because they’re responsible to elected officials and ultimately to the people they serve and can be held accountable for violations of the law. None of those things even vaguely apply to Sheriff Tait, who never faces either voters or any sort of county administration, so no, he won’t be recording the process as he violates Snuffy and Lukey’s civil rights, thank you very much. 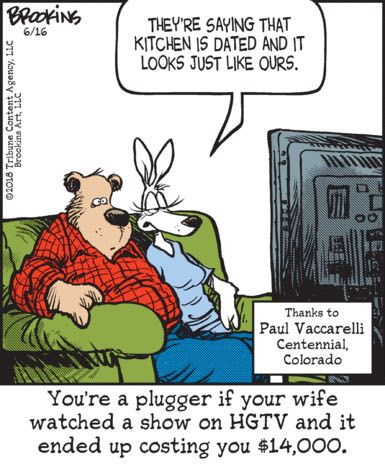 Do … do pluggers have $14K to drop on a kitchen remodel

Do pluggers live in a town where the median income is almost $90,000

IS EVERYTHING I THOUGHT I KNEW ABOUT PLUGGERS WRONG