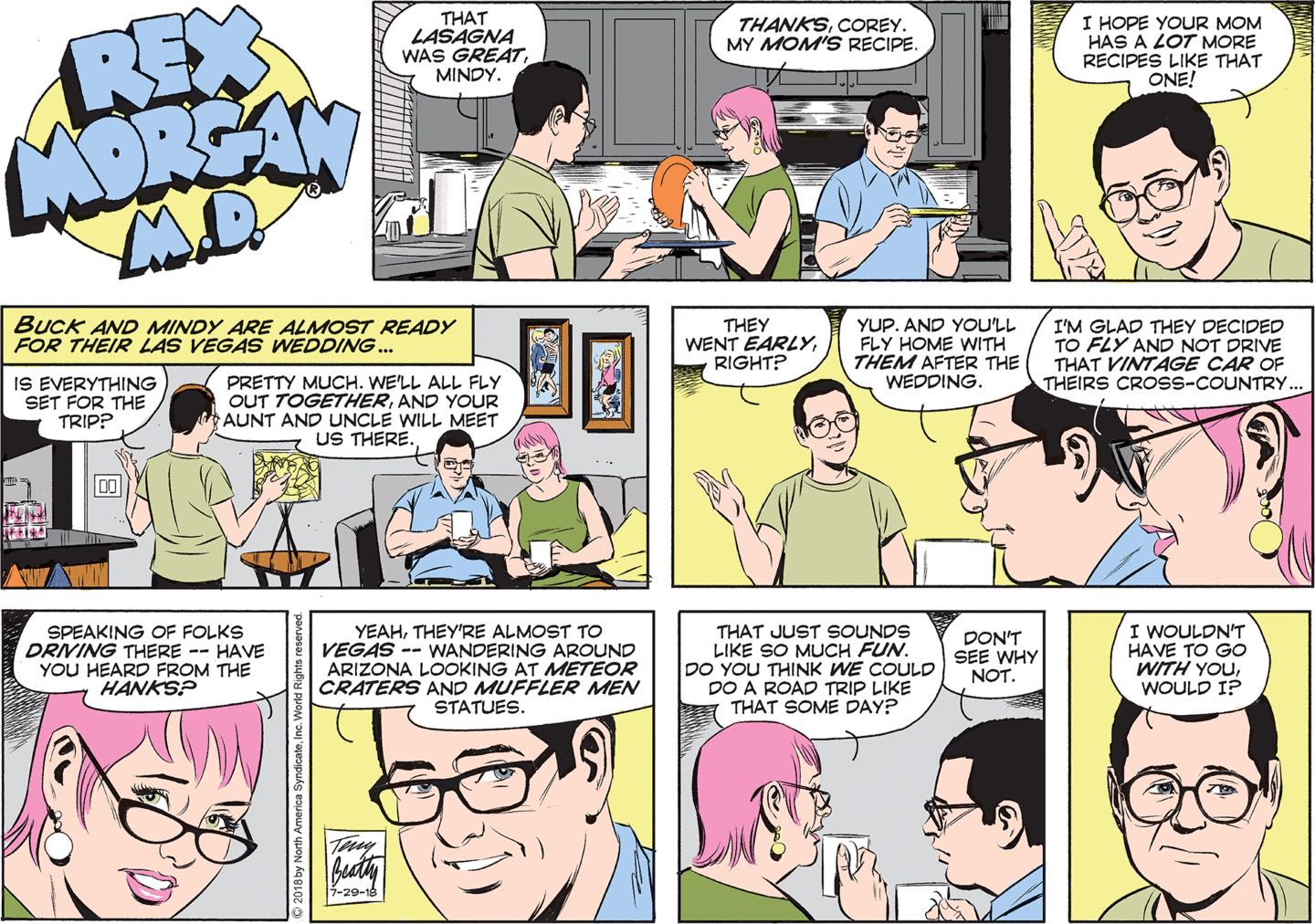 Oh, hey, we’ve moved on from the low-key looming-nuptial-derived happiness of one boring Rex Morgan, M.D., ancillary couple to the low-key looming nuptial-derived happiness of another boring Rex Morgan, M.D., ancillary couple! I like how Corey is really playing along here, asking all the questions necessary for exposition, until finally he gets to the last panel and he just can’t take it anymore. “Ugh, I wouldn’t have to go with you, would I? That sounds boring as hell! Just driving around looking at dull-ass shit, hanging out with you two chumps staring lovingly into each other’s eyes. No thanks! I’m just gonna stay here with my video games!” 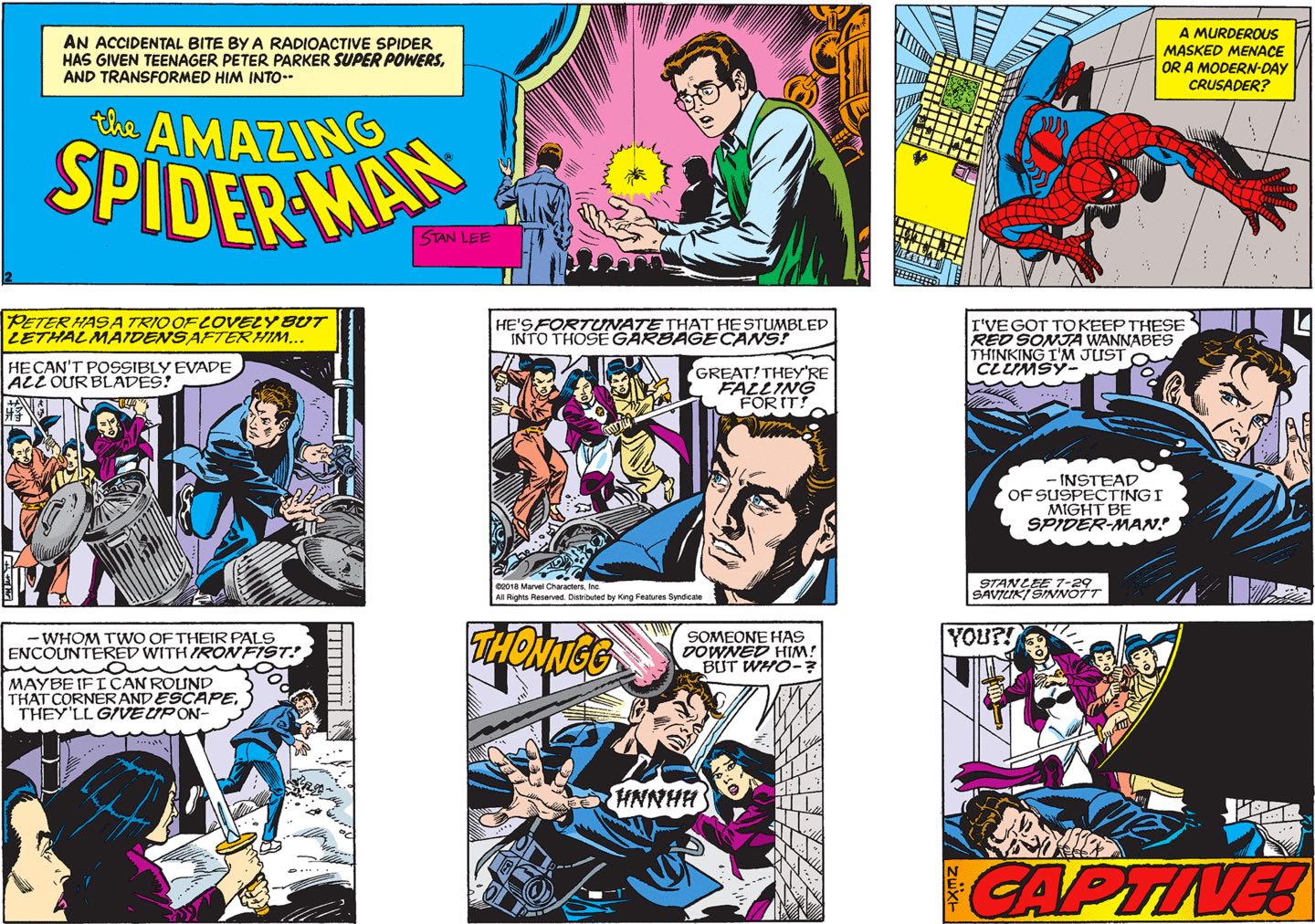 Of course, it’s always an absolute delight to see Peter Parker abruptly and unexpectedly bludgeoned into unconsciousness, but let’s not sleep on Peter’s hilarious and deluded self-talk in the leftmost panel in the bottom row. “Maybe if I can round that corner and escape, roughly six feet away from where they’re chasing after me at full speed, they’ll give up! It’s totally possible they haven’t yet developed object permanence and will literally think that, if they can’t see me, I no longer exist! It’s worth a shot!”