Hmm, is Crankshaft adding a new character to its cast? Or is this old lady someone who appeared years ago and I never knew about her or perhaps forgot? At any rate, I’m very looking forward to a plot where once again Darla Gillespie organizes her class reunion, making meticulous preparations but hoping that this is the year when nobody shows up because they’ve all died and she can finally declare herself the winner of the tontine.

Oh, I’m sorry, is Tiki Jansen not a star? Maybe if we consider “star” an inadequate term for a guy who blocks field goals by jumping, like … 10, 20 feet in the air? I’m not a scientist, but that seems pretty impressive. Anyway, here’s hoping for an all special teams fall plot! Just Marty Moon watching botched kick after botched kick, his eyes bugging out in shellshocked awe! 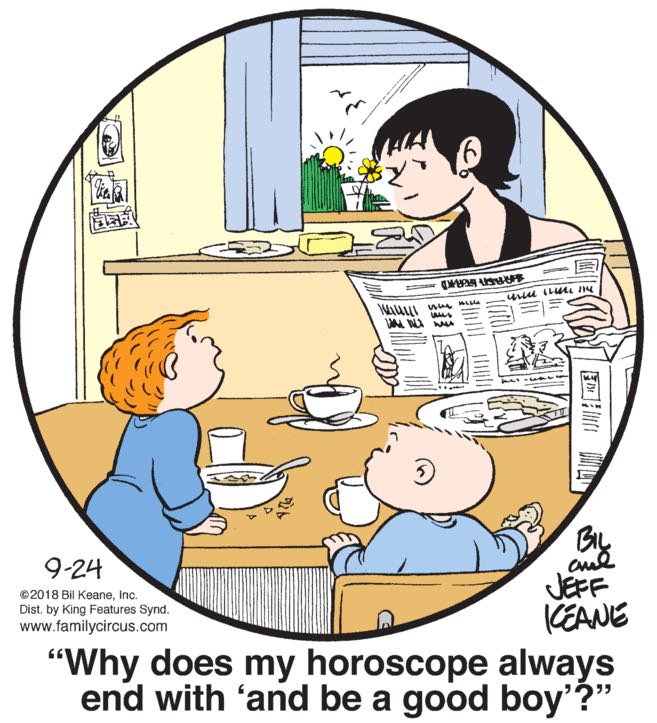 The commands of the God of Christianity have failed to restrain Jeffy’s sinful behavior, so his mother has, sadly, been forced to turn to witchcraft.