Maybe it’s the “vest,” but I’m pretty much imagining all of these being said in a faux Eastern European accent, aka “the Dracula,” and having said that now I’m imagining a version of Dracula where instead of decamping from Transylvania to Victorian London, he heads to the American Old West instead? Excuse me, the “Old Vest.” And then he, like, drinks the blood of a bunch of cowboys and so on. Their exsanguinated corpses end up in the “symmetry,” ah ha ha! (That laughter should be imagined in the voice of Bela Lugosi as Dracula, or, if we’re being real, the Muppets’ Count Von Count.) It’s very sad to me that Billy (age 7) will make millions from this idea and not me, but I’m nothing if not scrupulous about intellectual property laws. 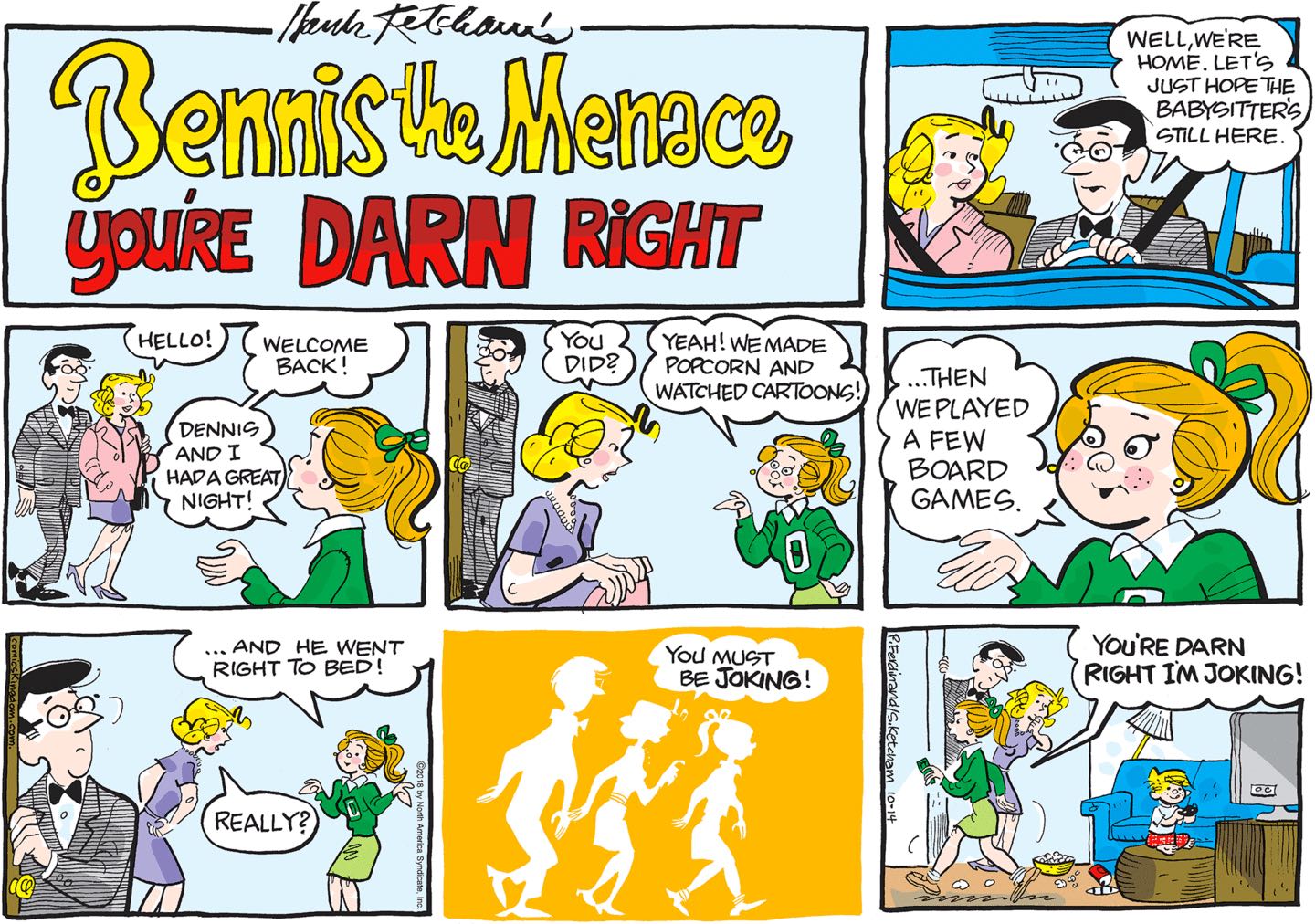 Henry is just joking wryly in the throwaway panel, but what if he weren’t? What if a whole series of babysitters, despite being paid good money to care for a child, and despite child abandonment being a literal crime, had just left Dennis to his own devices, fleeing into the night, never to be seen again? Just dozens of them being hauled into court on child endangerment charges, shouting “IT WAS WORTH IT, NO JURY WILL CONVICT ME, I HAVE PICTURES.”