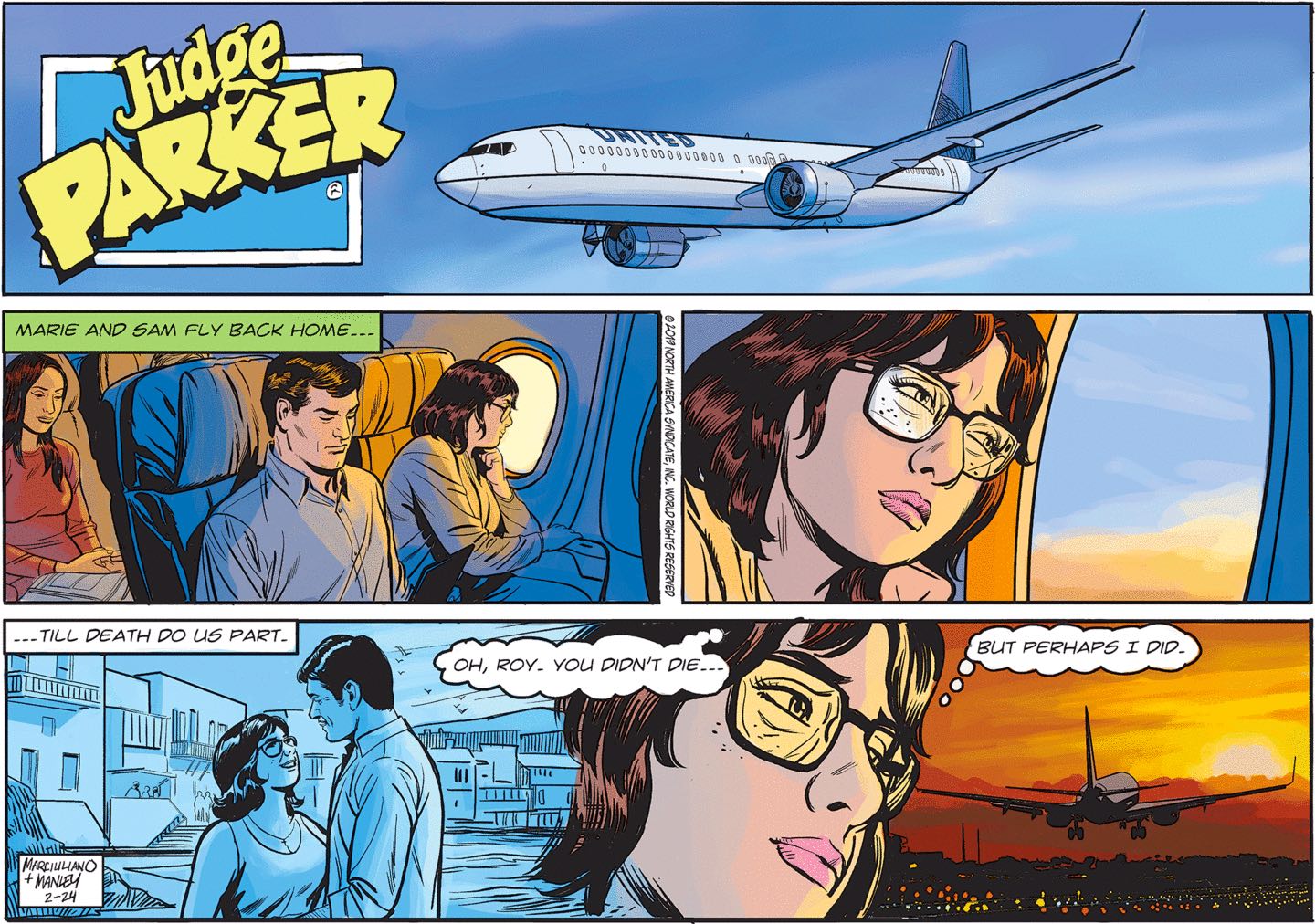 Oh, hey, Judge Parker! Here’s what’s been going in Judge Parker: the police of the tropical island paradise where Marie was enjoying her honeymoon with Roy were only suggesting that she had killed him in order to flush him out of hiding, because it turned out he had embezzled a bunch of money from his employer and faked his death and now was on an entirely different resort island several thousand miles away. Obviously Marie is very broken up about this, which is why it’s extremely kind of Sam to let her fly back to the States in business class with him, right before she has to go back to cleaning his underwear and cooking him dinners that he’ll briefly acknowledge with a grunt before eating in stony silence.

Oh, isn’t that cute! This hill is haunted by the ghosts of all the other children who died sledding down its steep, dangerous slopes! Look at Big Daddy Keane’s little smile: he knows.