I’m ashamed to admit to Not Remembering A Thing about comics, but … wasn’t there a period of years in this strip where Lena was always off-panel, the unseen butt of everyone’s grousing over her terrible coffee/brownies/etc.? This helped develop the idea of her as a true, legendary monster, but at some point, this pointless running gag stopped running and Lena was revealed to be a perfectly nice person to whom all the other characters are mean for no good reason. Like, today! Where everyone is clearly going to go bowling and they’re making up a transparent excuse to have her not go with her, because they don’t like her! I know the core gag of Crankshaft is “All these people are assholes” but it’s pretty rare that it’s done so explicitly. 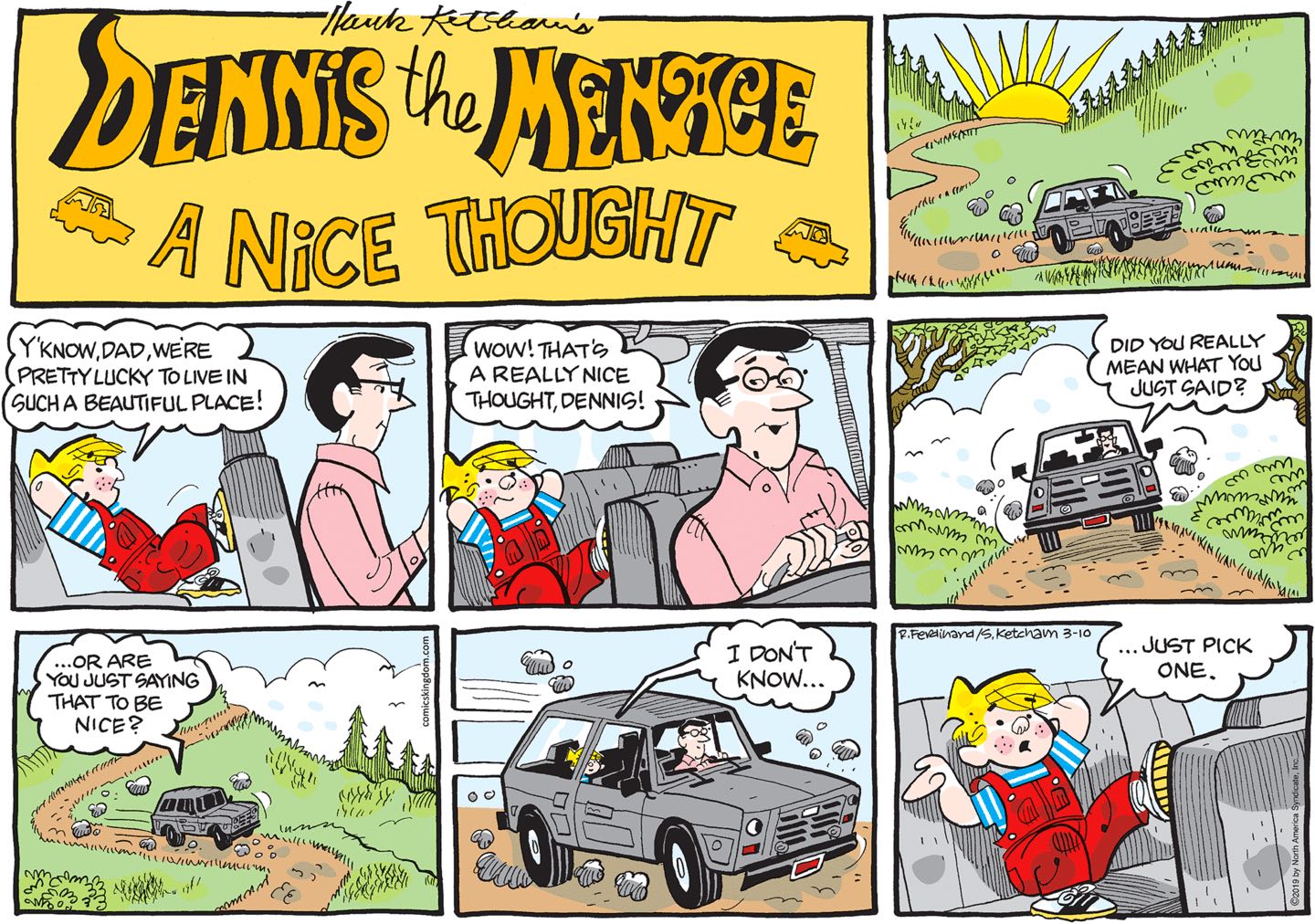 At first I looked at this strip and saw this car rambling down a winding dirt road in the isolated countryside with Dennis, not in a child seat or even a seat belt, lounging in the back seat, and I assumed this was part of Henry’s plan to get rid of his menacing son once and for all in a terrible “accident.” But then I noticed Henry isn’t belted in either! That means we’re looking at the last tender moment before a murder-suicide, which is pretty dark even for this strip.