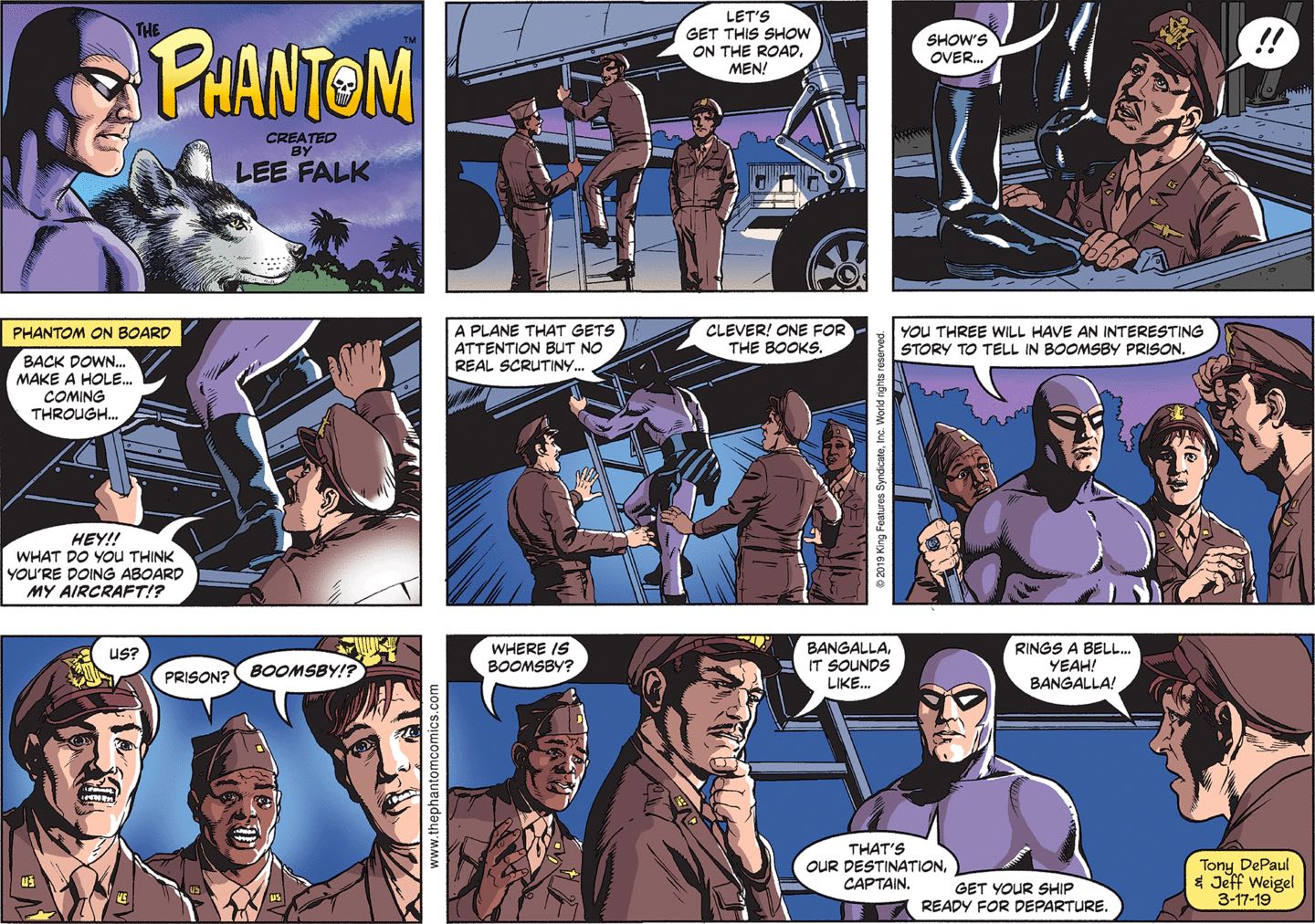 So the Sunday Phantom storyline has involved a little girl who’s stowed away on a historic airplane that’s using travelling to air shows around the world as a front for exotic animal smuggling in an extremely well thought out scheme. Mostly I like today because the Phantom has announced that these rogues are going to face prison … in Bangalla, a country that isn’t the site of any of their crimes and which has no legal jurisdiction over them, and it’s like, who does the Ghost-Who-Walks think he is, American? 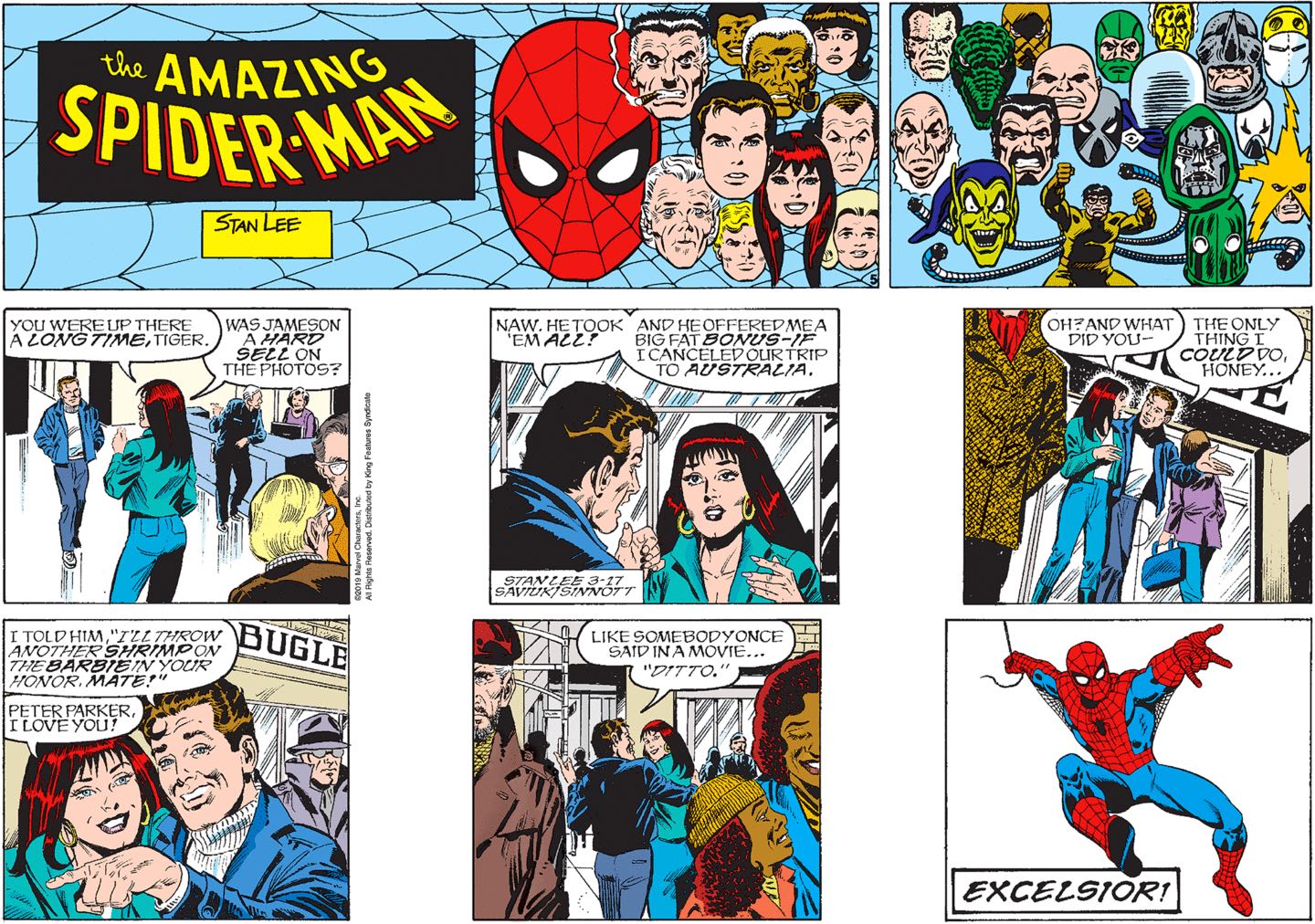 Reading this, I assumed that longtime Newspaper Spider-Man credited writer Stan Lee famously said “Ditto” in a movie once, but turns out nope! So I guess that Peter and MJ are spending their last ever Sunday strip paying homage to, uh, the smash hit 1990 Patrick Swayze/Demi Moore vehicle Ghost. Excelsior, everybody!