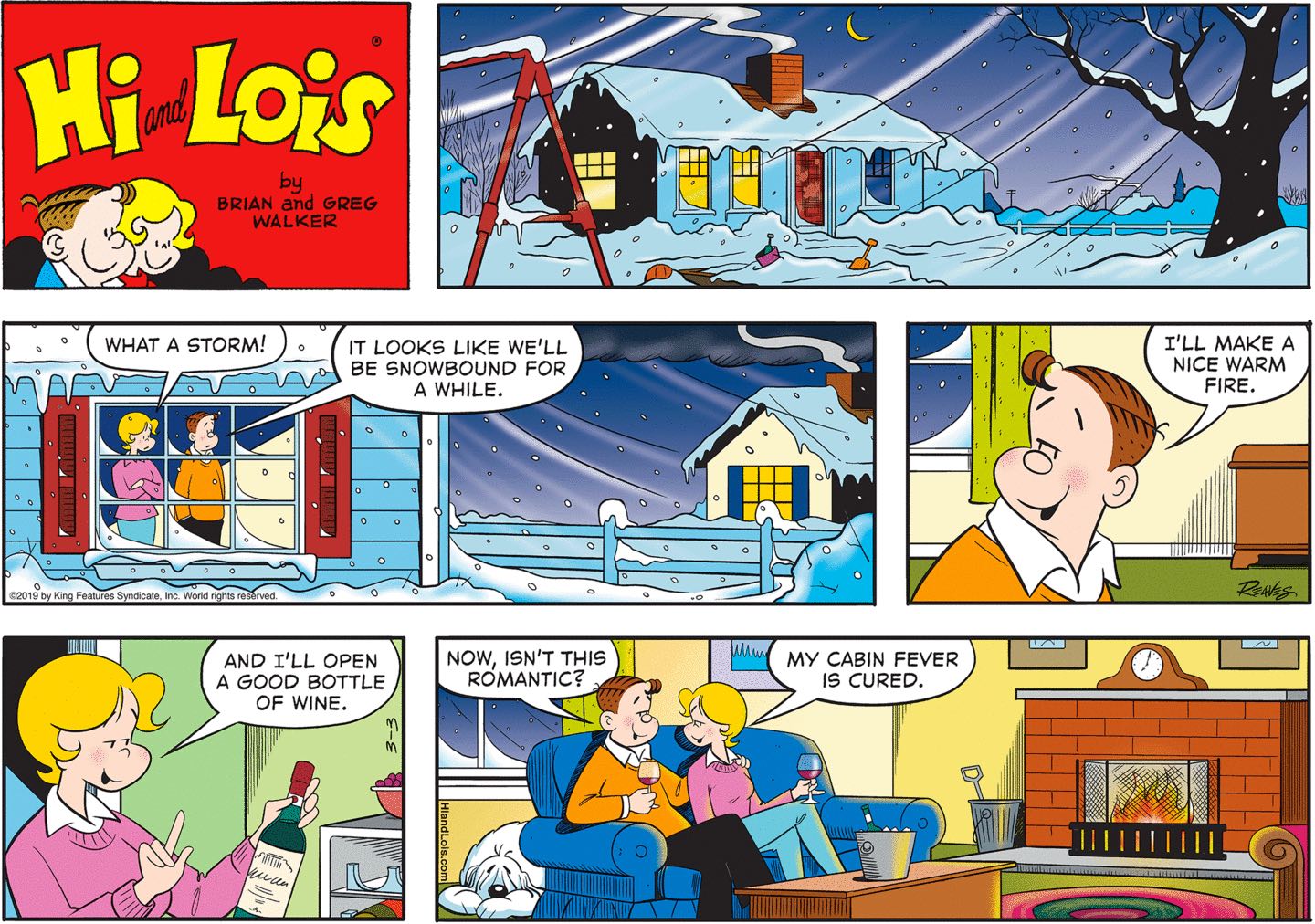 Wow, I’ve never noticed that the Flagston house looks … really small from the outside? Like, I know that the design dates back to when the strip launched the ’50s, when new suburban houses were much smaller than they are now. (In a similar phenomenon, the Bumstead home layout dates from the ’20s and doesn’t even have a shower.) But in this comic, the Flagston house looks shockingly tiny, like it doesn’t even seem to have a wing for bedrooms. Certainly it’s not big enough to get amorous by the fire when you’ve got four kids around! Which may explain why the kids are not around, having possibly been left outside to freeze to death. 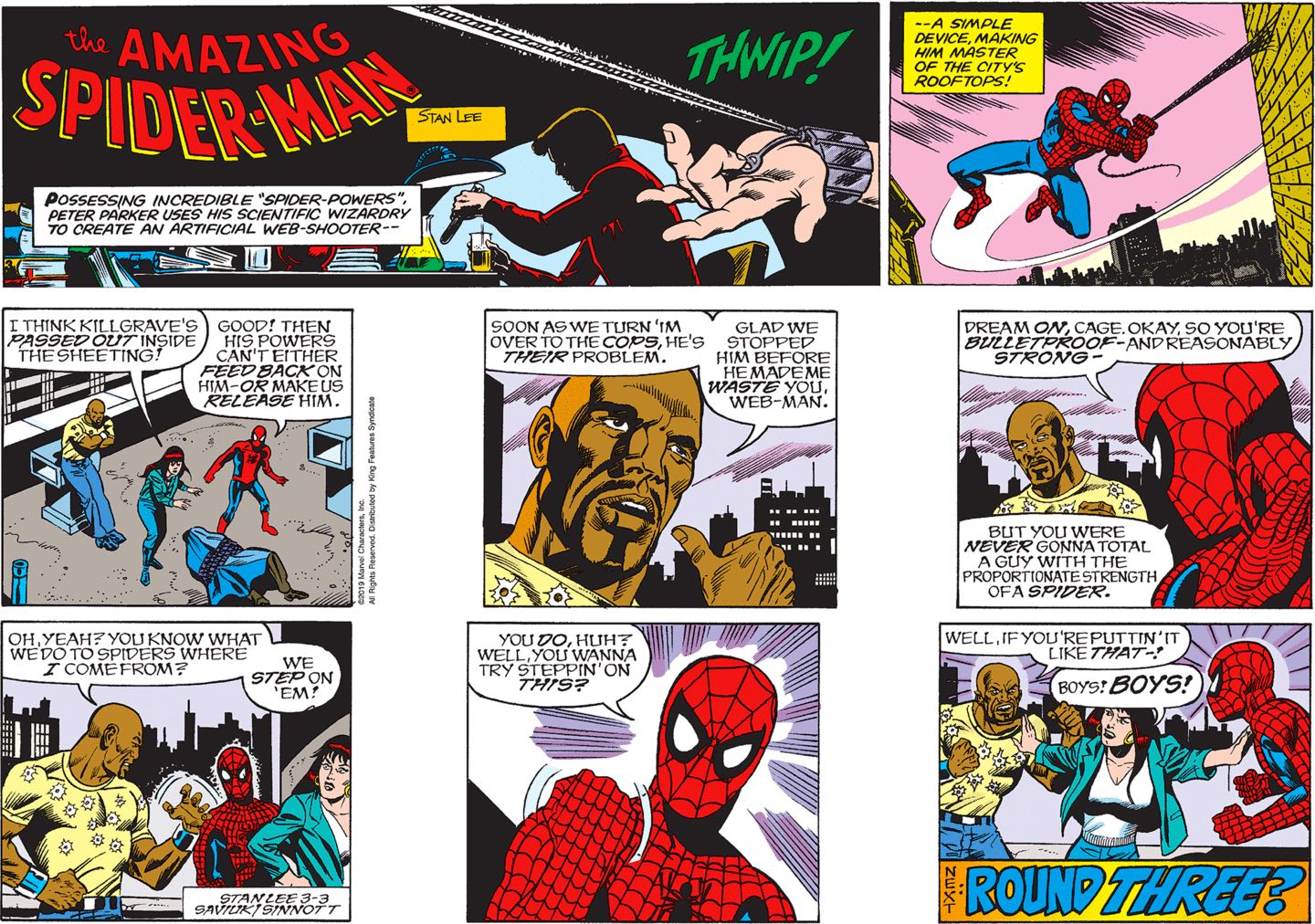 Killgrave is a man with the nearly unstoppable ability to utterly enslave someone with his voice — and having just exposed himself to a special nerve gas, he’s now able to command multiple people at once. Spider-Man and Luke Cage, two powerful superheroes, were only barely able to defeat him. And now they’re going to hand him over to … the police? Sure! That’s going to go great! “Should we have told them to make sure to not take the blanket off of him?” “Ennnh, they’ll figure it out.”