After Estelle’s cavalcade of awful no-good dates, I was beginning to think that maybe Silverdater profiles just didn’t have pictures? You know, because so many old people believe that cameras capture and imprison your soul or whatever. But, nope, I guess she looked at all those other dudes and said “sure,” or, conversely, was bamboozled by their misleading photos and yet still believes “Arthur Z” is the silver fox she’s seeing on her off-brand tablet. Anyway, “Arthur Z”: not real, right? That’s a model from a denture catalogue badly photoshopped onto a picture downloaded from the Wikipedia article for Tahiti? And “Arthur”’s gonna ask for money, via an international wire transfer? I’m excited!

Hey, can we talk about Marty’s boots? Specifically: what the heck is the deal with Marty’s boots? I mean, I don’t doubt Marty Moon is a man who allows himself the little boost you get from a subtly raised heel, but, like, how far up the leg do they go? Are they cowboy boots? Shiny black leather cowboy boots? Marty has vanquished B/Robby and it’s only Monday, so presumably he’ll spend the rest of the week gloating, possibly while spinning around gleefully in his chair, so maybe we’ll get to see some different angles on them.

Honestly, I don’t think it’s possible for Marvin to be more on-brand than this strip, in which the title character’s exhausted mother stares at her son, eyes heavy-lidded, trying to convince him that, actually, someday he’ll enjoy shitting in a toilet instead of his pants, while he glares back at her in open defiance. 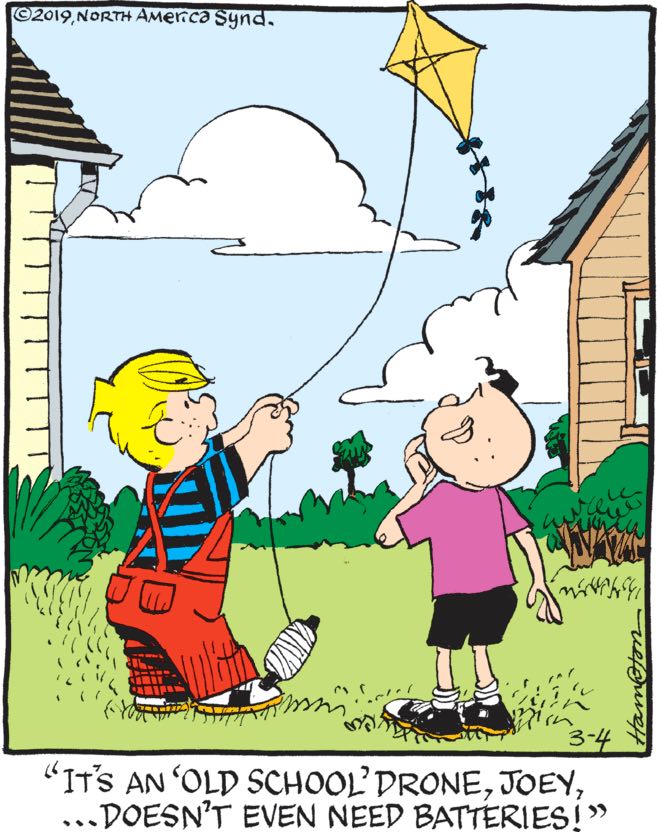 Truly excellent menacing today, Dennis. Nostalgia is a trap! Wallowing the the idealized “good old days” blinds you to the true scope of history and cuts you off from progress! 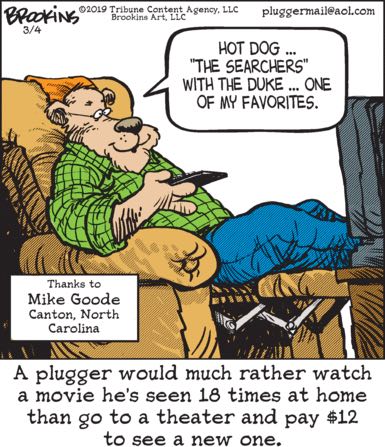 See, Pluggers gets it! (The whole point of Pluggers is that when you relate to one of the panels, that’s how you know you’re dying, right?)