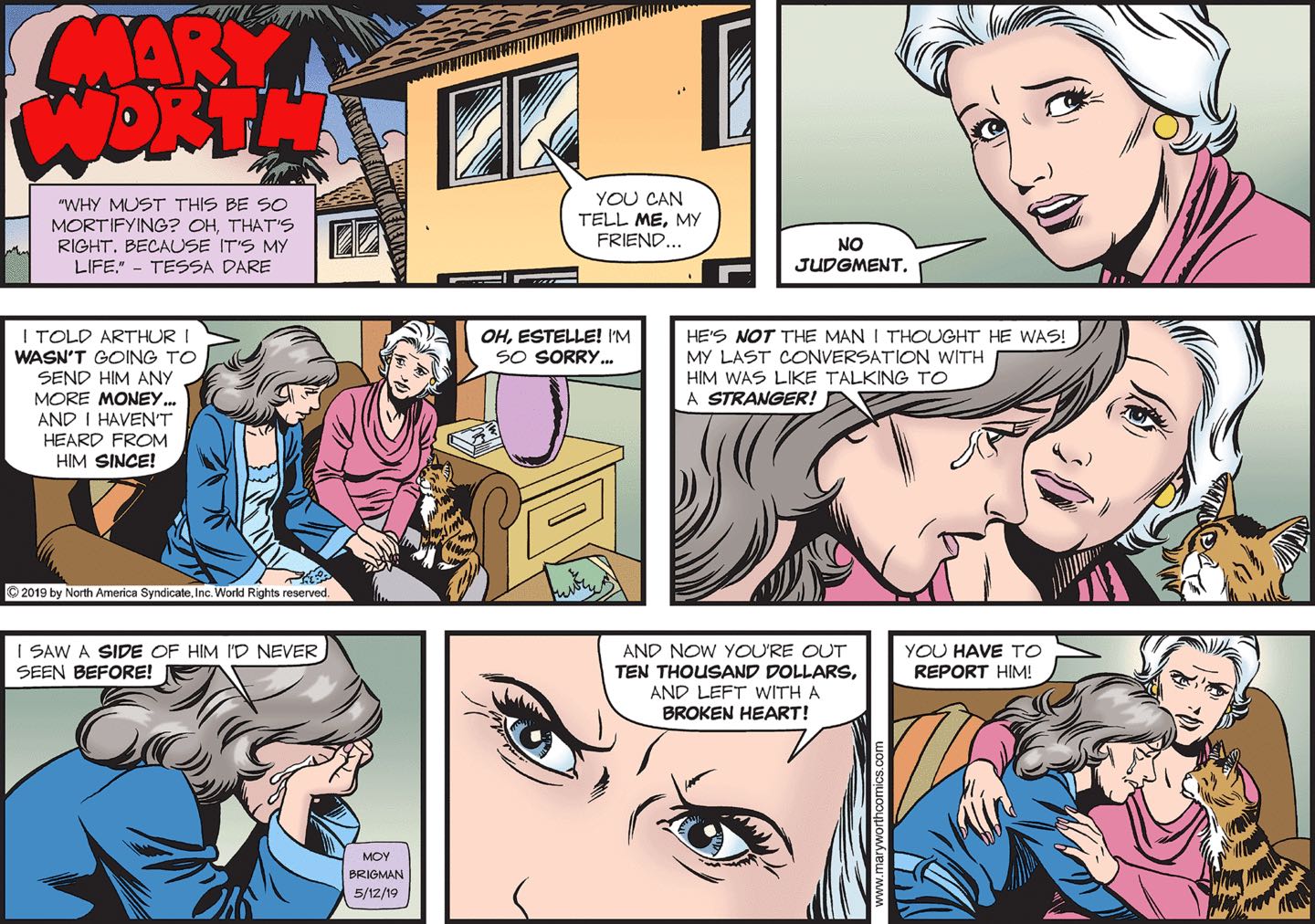 Oh, man, check out that look of implacable determination on Mary’s face in the final panel. How dare someone break the heart of what’s-her-name, the lady who took Mary’s cat off her hands? “Arthur” will be reported, do you understand? He’ll be reported if Mary has to report him herself. And if the people she reports him to don’t take her seriously … well, then, she’s just going to have to ask to speak to their manager. Mary will stop at nothing. 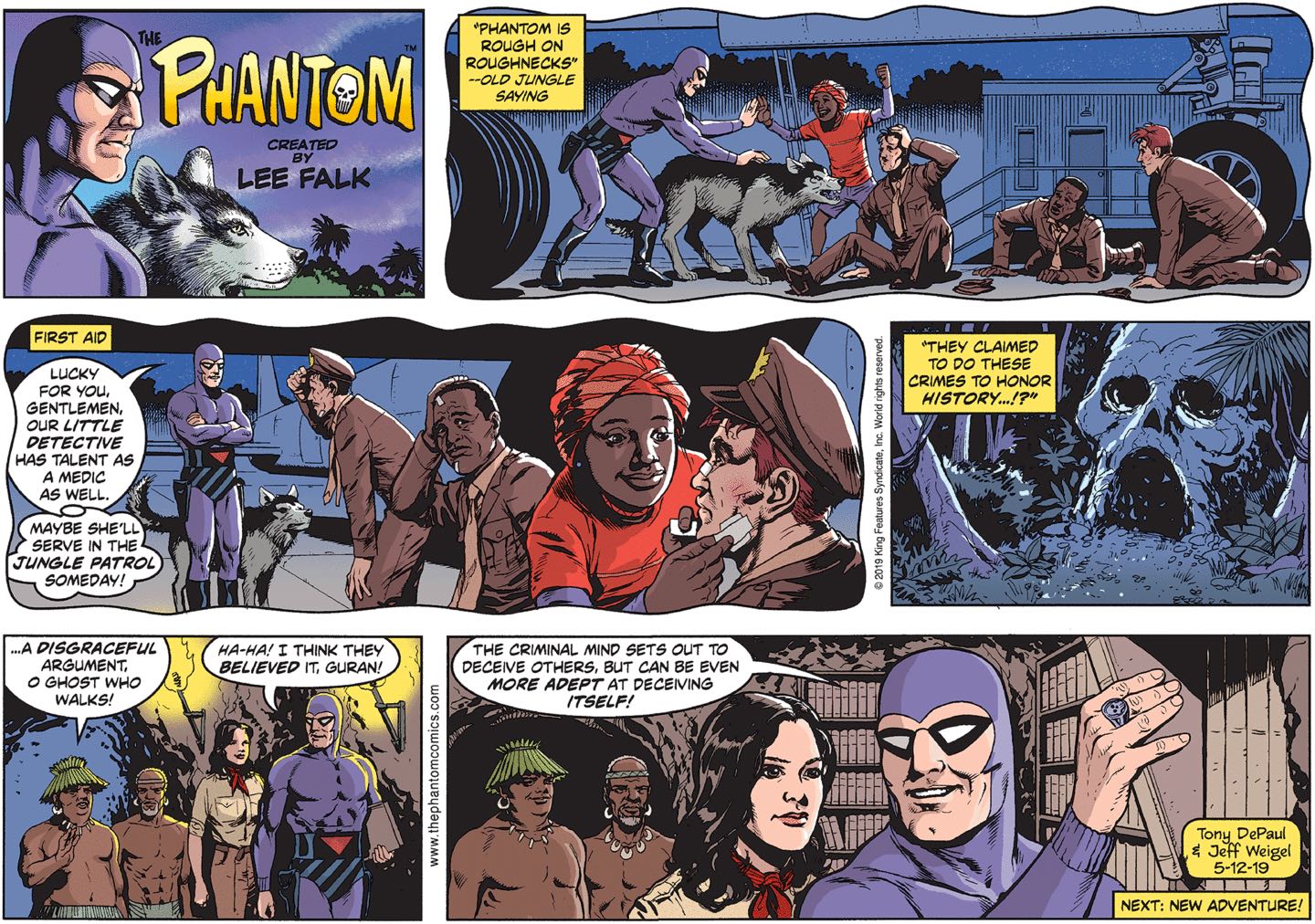 “They claimed to do these crimes to honor history!? A disgraceful argument, O Ghost Who Walks!”

“Ha-ha! I think they believed it, Guran. The criminal mind sets out to deceive others, but can be even more adept at deceiving itself! Now if you’ll excuse me, I think I’ll head down to my treasure chambers, where my family has hoarded dozens of priceless historic artifacts that we’ve definitely acquired legitimately!” 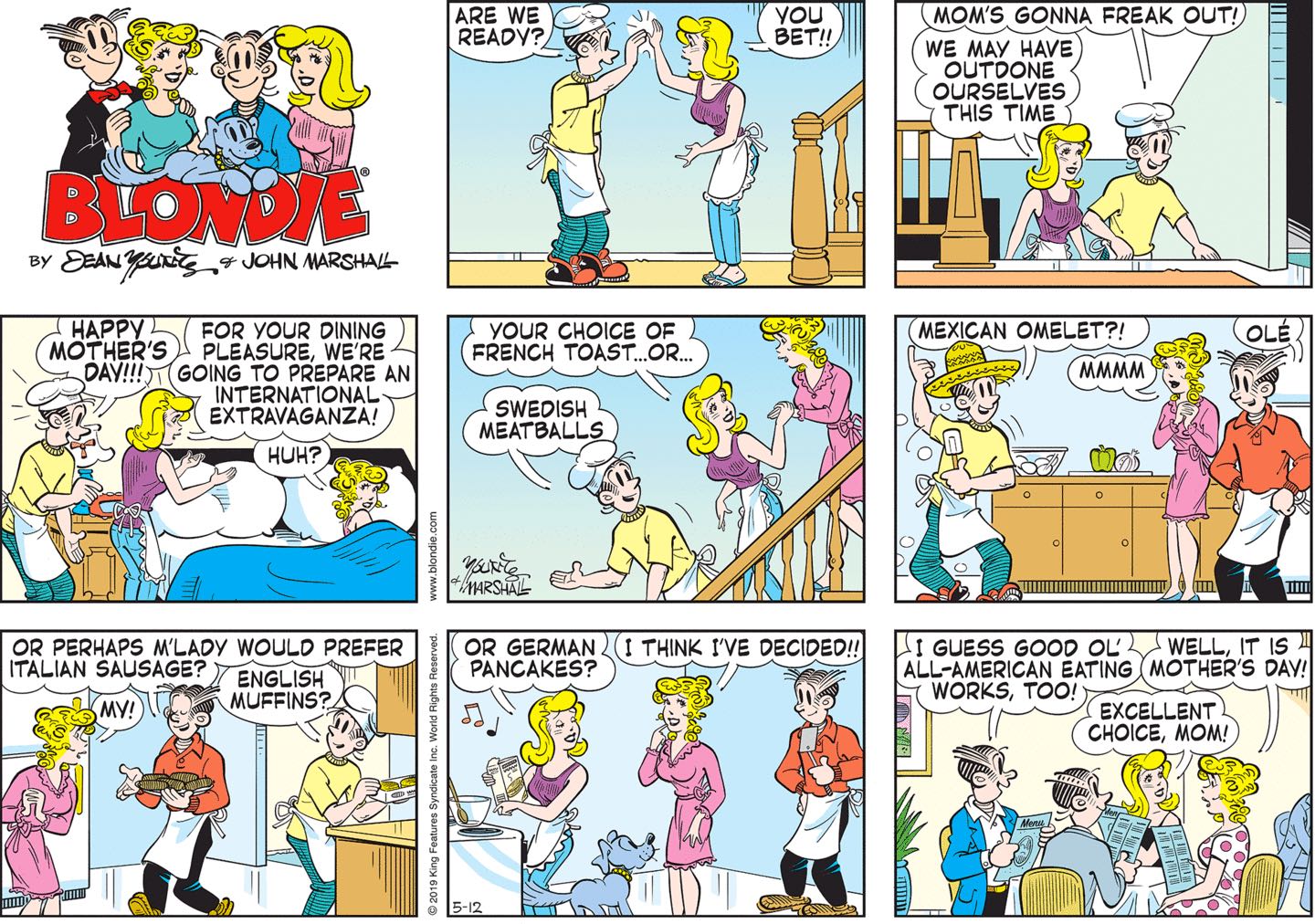 It’s not clear what Blondie hates more: her family’s cooking, or foreigners.