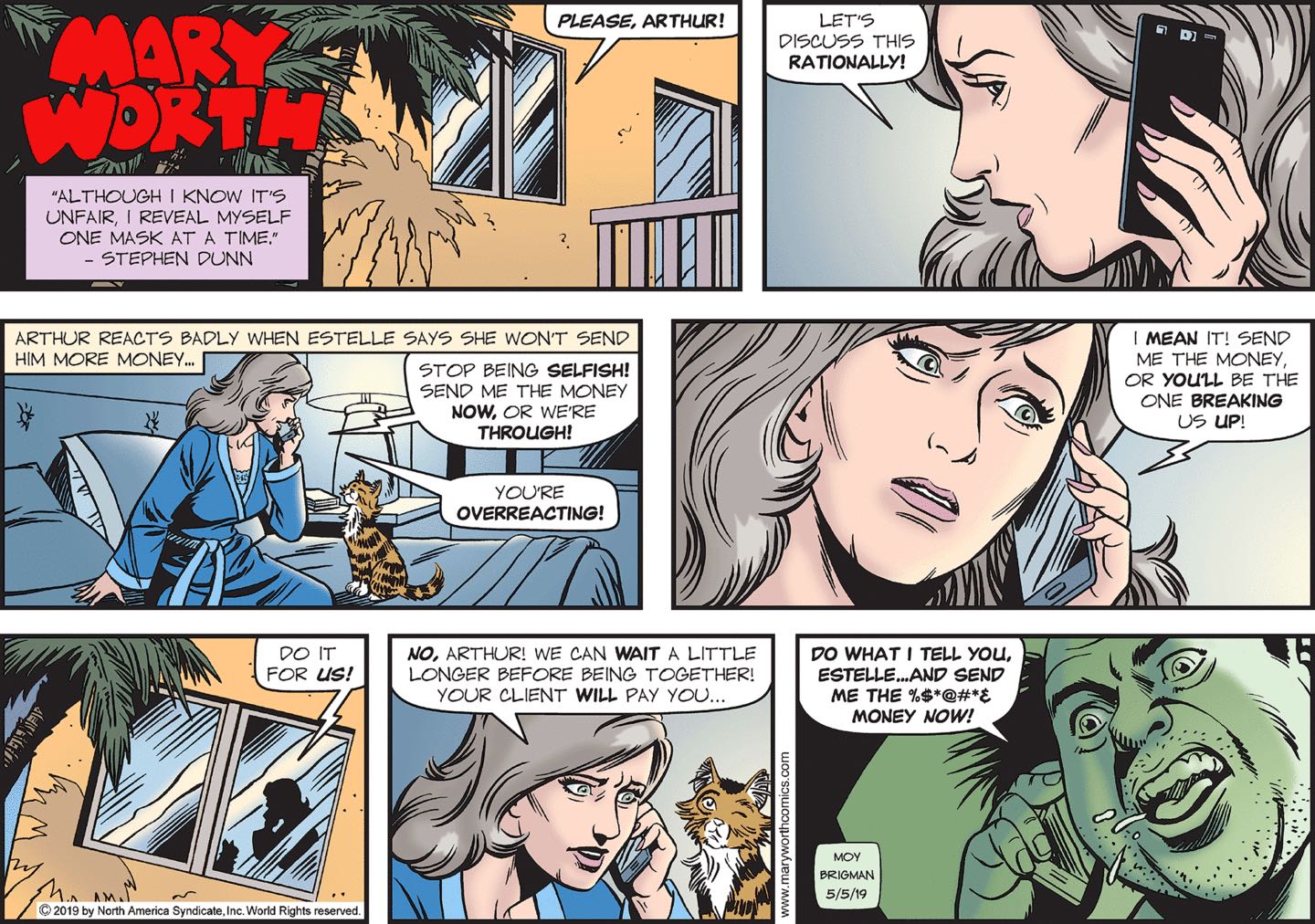 Some might say this is “Arthur” revealing his true face, and it is … just not the way you think. Our slovenly scammer has come to realize that Estelle will never, ever give up on him unless he makes it truly obvious that he is not and never was the man she loves. Rather than just abruptly ceasing to take her calls and leaving her bereft of both love and closure, he’s decided to make his own bad intentions as clear as possible, really leaning into the scumbaggery, in order to establish a clean break. Look at how riled up he is in that final panel! Surely such a skilled con artist would never let his emotions run away with him in the midst of his act; no, this is pure method acting, and in its own way an act of love, to help Estelle get over him as soon as possible.

There’s exactly one tiny chair within viewing distance of that television, so I’m assuming that Henrietta Beak is unfamiliar not just with the remote but with TV generally, as her husband spends most of his waking hours sitting there while she tends to the kitchen or whatever. She’s in for a steep learning curve as she tries to find her favorite shows. “What channel is the DuMont Network? Why won’t the TV Guide tell me the schedule for this ‘Net-flicks’ channel?” 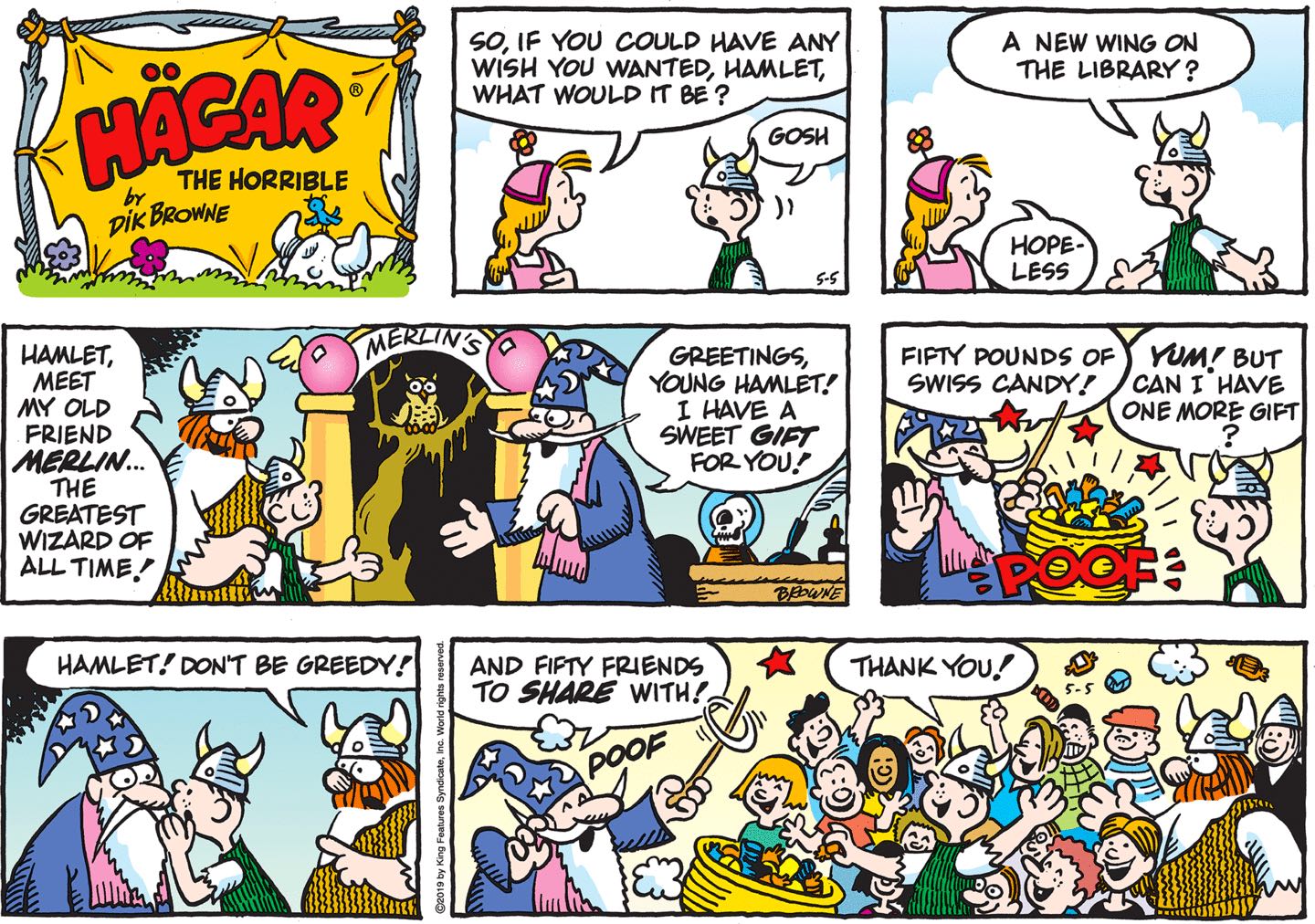 Good Lord, in order to assuage his deep and profound loneliness, Hamlet has demanded that this pagan sorcerer pull living souls from the aether! Sure, these children will make Hamlet’s birthday more fun, but will their very presence in our world unbalance the structure of reality? Merlin, you’ve gone too far this time!