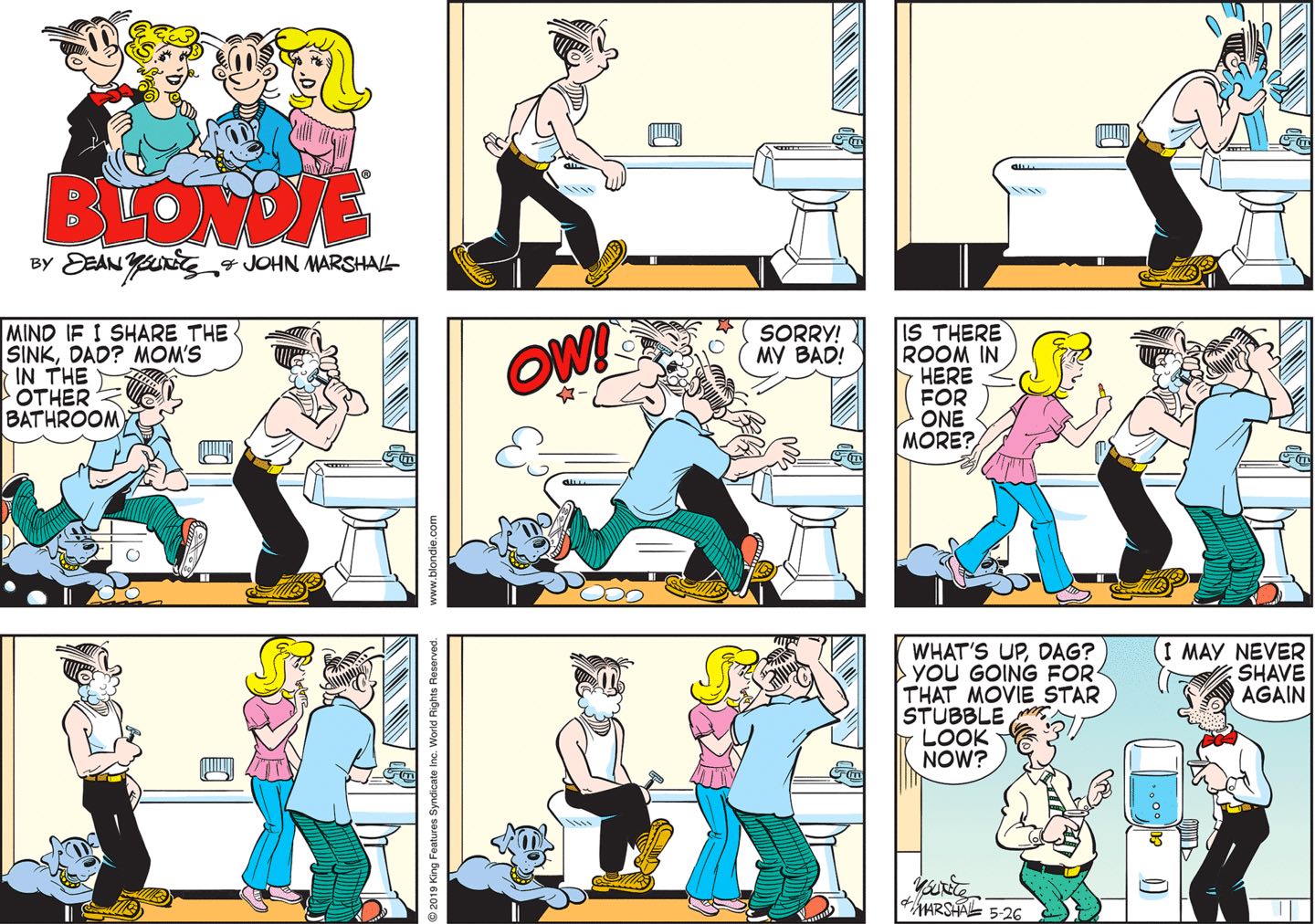 Longtime joshreads dot com trufans know that one of my obsessions about the comic strip Blondie is that Dagwood and Blondie and their teenage children live in a house that, as near we can tell, doesn’t have a shower. We see the inside of their bathroom repeatedly (some might say too often for comfort), and we’ve never seen a shower head or shower curtain. We know that Dagwood prefers baths himself, but it seems bizarre for him to impose his lifestyle choices on his family, especially considering that adding a shower head wouldn’t prevent him from bathing in his preferred manner.

Anyway, today we learn that there is a second bathroom somewhere in the Bumstead residence! Is this where non-Dagwood family members shower, like normal people? And where is this other bathroom? We know that the tub-bathroom where today’s action takes place is on the second floor. Is the tub-bathroom a master bath? Is the more typical bathroom usually the one the kids used, but Blondie has had enough and finally just wants to take a shower today, god damn it? I’ll return to this topic once I finish my elaborate digital 3D model of the Bumstead house, which will rival the diagrams of the Overlook Hotel that the Kubrick obsessives of Room 237 came up with. 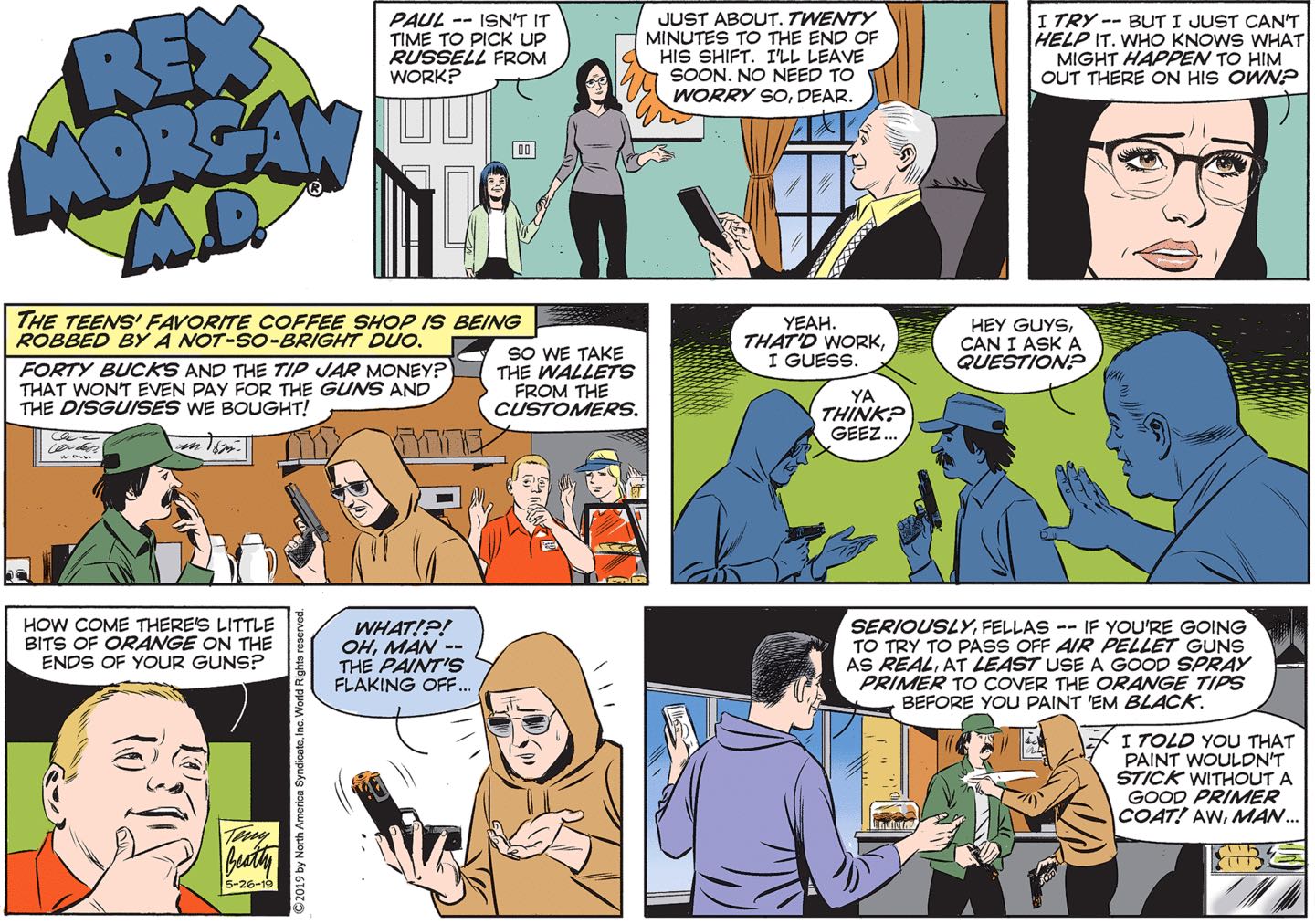 Good news, everyone! Any sense of dramatic tension that might’ve been created by this robbery has been dissipated in just four days, which has to be some kind of record. And the big resolution also reveals that nobody was ever in the slightest danger this whole time! What a relief!