Ah ha, now we’re finding out why Cliff Anger, who was bosom buddies with Butter Brinkel, never spoke up about evidence he heard to clear his friend’s good name: that evidence came from the Pinkertons, a “detective agency” whose primary purpose in the late 19th and early 20th century was to bust unions and break strikes, often violently. Cliff, as an unrepentant Stalinist, simply refused to give any credence to information coming from private right-wing militias, no matter what the consequences for his pal. 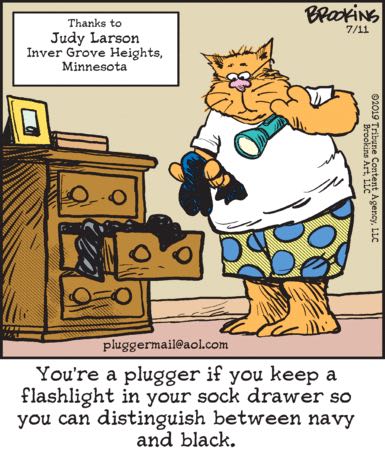 Oh my God, this is actually … a good idea? I read today’s Pluggers and immediately had the thought, “Well, for me it’s dark grey and black, but yes, I would do this?” Folks, today is the fifteenth anniversary of the very first post on this blog, and it’s also the day I clearly have begun to die. Farewell, I love you all!