Longtime friend of the blog and Heathcliff obsessive Brandi Brown has a theory that 9/11 never happened in the Mary Worth universe, and after this strip, I’m finally convinced. In a world where commercial airlines were never weaponized, lax airport security allows even gross foreigners like Hugo to just pop off for an hour or two for a quick makeout session while storms over the midwest delay the daily Santa Royale International-Charles de Gaulle nonstop flight. Now, I know what you’re thinking: “But Josh, what about the special Mary Worth strip commemorating the 10th anniversary of the 9/11 attacks?” Well, while the Apartment 3-G that ran that day makes a fairly explicit reference to the attacks and the Twin Towers, the Mary Worth strip just features Mary leaving a message for some lady about her son who died ten years before, which, he could’ve died in any number of ways! Didn’t have to be in a terrorist attack. The fact that this lady saw that Mary was calling and let it go straight to voicemail makes sense in any version of the timestream, of course. 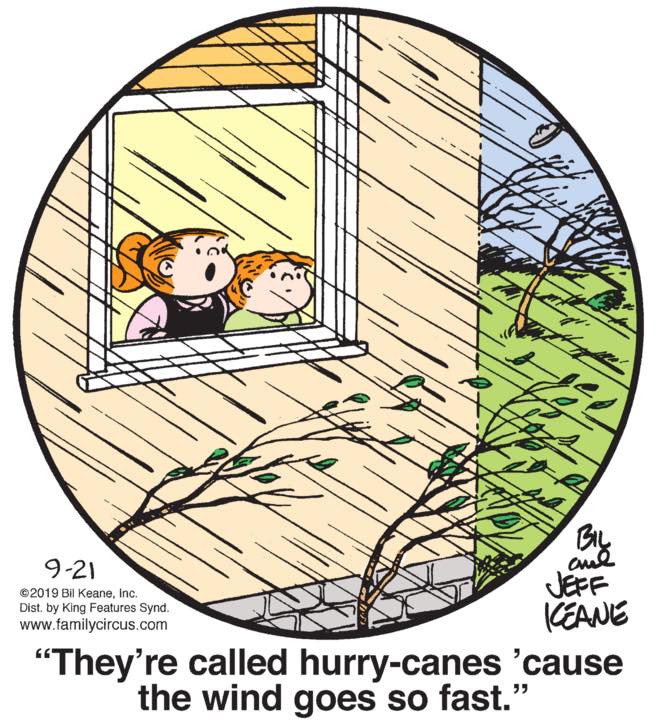 Ha ha, kids sure do say the darnedest things, especially after you’ve sought shelter from a natural disaster but just left them upstairs to stare out of a completely unshuttered and unprotected window!