I can’t believe I’m saying this, but I think the joke in today’s Family Circus is too subtle for me. Is it that they both look smug in the final panel because they each think they’ve pulled one over on the other — Ma Keane because she’s talked Jeffy down to a goldfish, Jeffy because the goldfish is what he wanted all along, but he “went big” with his requests so that she’d be more willing to get him a goldfish? I don’t think Jeffy’s actually smart enough to pull that off. I think Ma Keane is looking smug because she talked Jeffy down to getting a goldfish, and Jeffy looks smug because he realized he can eat the goldfish. 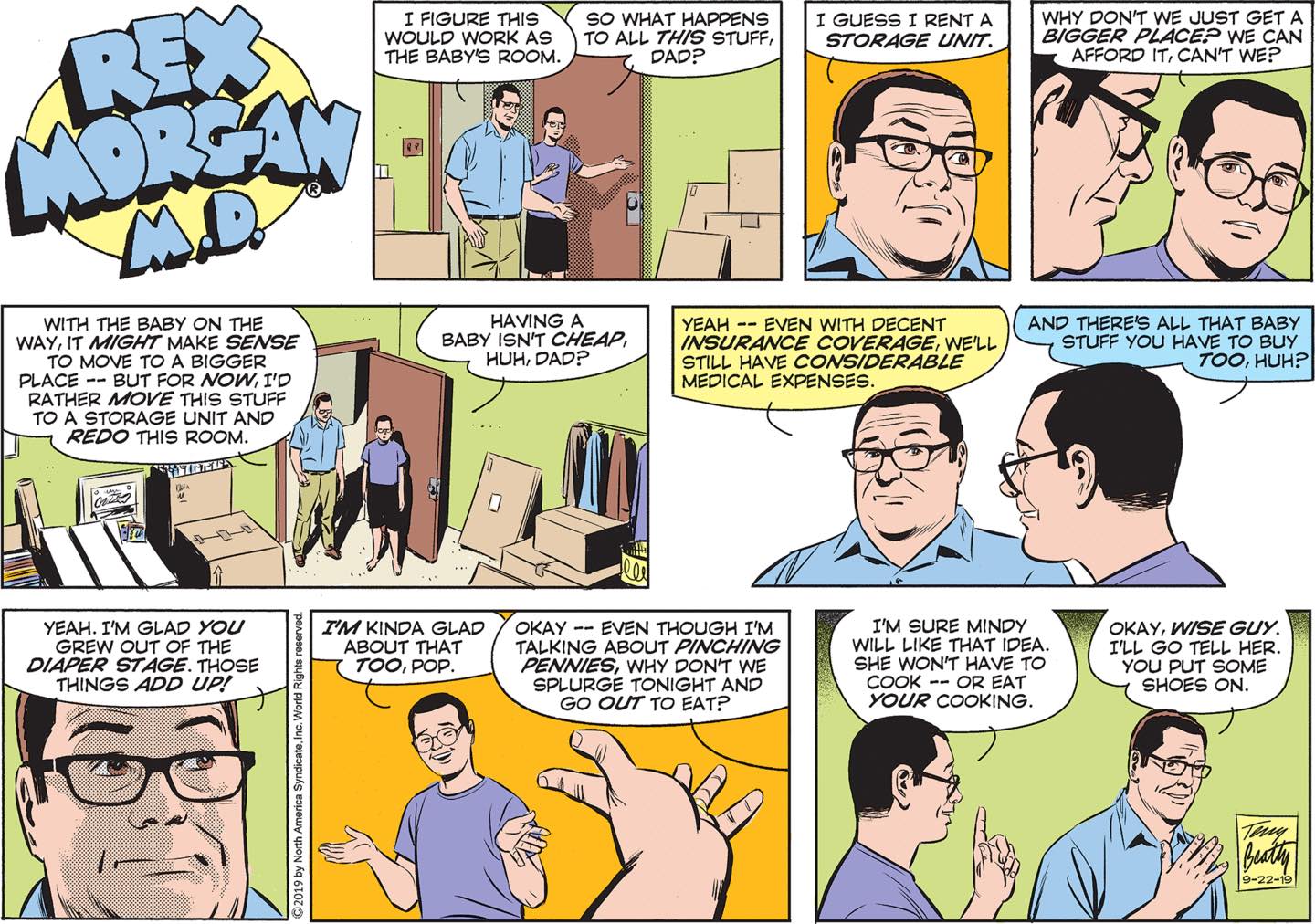 Oh hey, in case you forgot, Buck, who’s having a new baby with Mindy, already has an old baby — what scientist call a “teen” — from his previous marriage (not to the lady who shot him in the head, the one before that). Anyway, here Buck is having a man-to-man talk with his teen son about how great it is that his teen son knows how to poop in a toilet. They seem like they have fun!

I really love how completely depressed this lady looks here, just utterly wrecked by how poorly the evening has gone up till this point. Clearly the date is unsalvageable, so why not open the dinner conversation with “Hey, you ever eat anything that just gave you the shits real bad?”