(UPDATE: I 100% read the old woman in the background as just walking by on the sidewalk, which I think is fair given that her body language is not that different from the other dude on the sidewalk, and she was small because she’s a little further away, but I think commenters are right that she’s supposed to be the mother in question and … tiny? And strapped to his back? Like a …baby would be? Jesus, this fucking strip.) 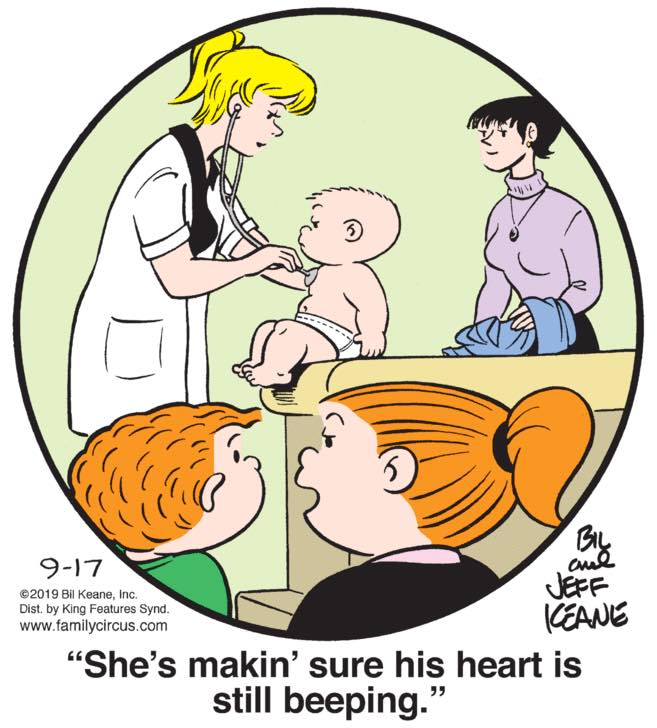 This isn’t just another Dolly malapropism, folks: PJ’s a robot! The older Keane Kids are biological units, but, I think we can all agree, those experiments were failures. PJ’s the next generation: cleaner, more efficient. He’s the future.