What’s that, you say? Another in a continuing series of Josh’s beloved live comedy show, The Internet Read Aloud, is happening one short week from today? Yes, a thousand times yes! 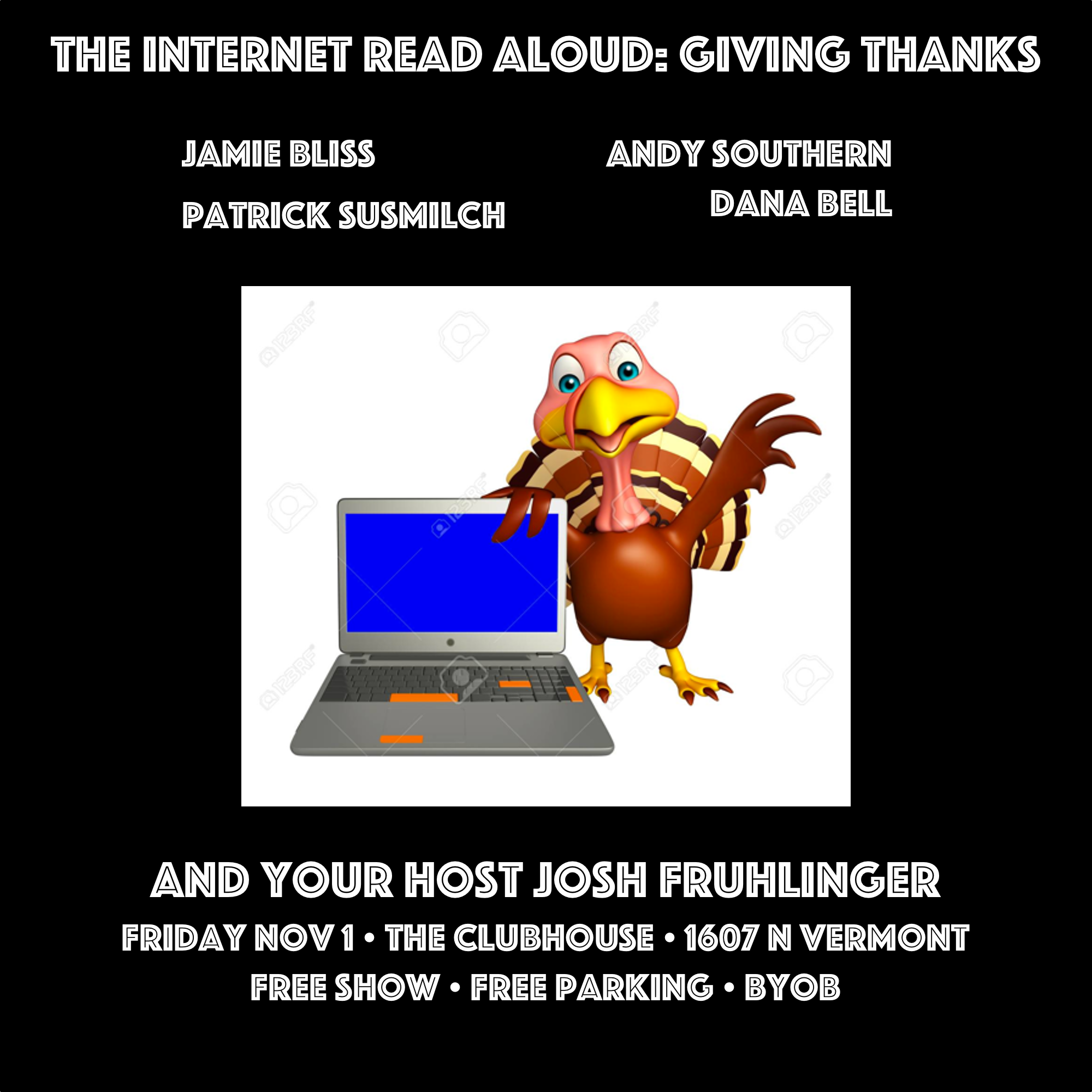 Here’s the Facebook event! We’re gonna be talking about male Insta Inspo, game dev drama, how the Holocaust stacks up against popular tourist destinations, and more!

“Look, Chet, it’s quite simple: Chance is our misunderstood teen protagonist, and you’re an interfering busybody adult named ‘Chet’ of all things. You’re not going to win this one.” –TheDiva

“If you want to know how a zombie strip works, look at today Mary Worth. The comic is trying to borrow gravitas from John Lennon, who, despite being dead, is actually two years younger than the Mary Worth strip.” –Ettorre

“So a quick search on Twitter shows that no person or corporation related to Gasoline Alley used this hashtag on their own account on the day it ran. Way to put in less than the minimum effort.” –Glires

“A hundred and one years next month? So the Armistice is signed, the Great War grinds to a halt — and then Gasoline Alley? No wonder the twentieth century was so screwed up.” –Schrödinger’s Droopy

I see this Dennis the Menace as even more menacing: ‘I’ve painted a portrait of you, but a better you. A more rebellious you. Dare I say, a more attractive you. I gaze at it in secret — heretofore I haven’t let anyone else see it, especially not my mother, who would destroy it. But I’m letting you see it. Because I want you to take a long hard think about who you could be. [Dennis dramatically rolls the painted shade back up] Now get the fuck out of my room.’” –Ben Ferber

“Pretty sure the sign says ‘Halloween Canceled.’ Any kind of revelry would be dangerously exciting for the people of Santa Royale.” –Alex Parker-Spencer-Driver

“Is that Wilbur? The man who lives next door to me and shares the same group of friends as me? Yikes, what a surprise running into him of all people!” –jroggs

“One thing I have to respect about these two characters: they look about as bored about being in this strip as I am reading it.” –pugfuggly

“As it is everywhere, the correctional facility is solid, regardless of how shabby and deteriorated the surrounding environment: strong steel framing held in place with solid, well-spaced bolts, etc. Could use about twice as many bars, to keep inmates from walking out, but that’s a design problem, not a materials problem.” –Handsome Harry Backstayge, Idol of a Million Other Women

“My advice to you is M.Y.O.B. Mind Your Own Bottle. Because this one is mine, and I need it to get through meetings with idiots like you and Thorp. Ah, sweet booze, carry me away from Milford.” –Voshkod

“How long do you think Wilbur has spent longingly gazing at that shampoo display?” –Schroduck

“When were you planning to go? I want to make sure Zak reserves the entire restaurant for that day, so you’ll be turned away when you arrive and be very embarrassed in front of your girlfriend! I may also have him hire some little kid to come up and knee you in the groin; I haven’t decided yet.” –JJ48

“With Mopey Pete writing the script, Darin drawing the storyboards, Jessica shooting the movie with a hand-held VHS camera, Mason Jarre hamming it up as Les, Marianne ‘I should have jumped off the Hollywood sign’ Winters as Lisa, and Les himself as the guiding spirit behind the production, this cancer movie should be titled Terms of Endullment.” –seismic-2

“Mary Worth proves that it truly deserves its place on the morning funny papers the only way it can: by reminding its geriatric readers to get their flu shots this year.” –pastordan

“Lisa’s story needs to be told the right way … in Esperanto, the universal language. I will absolutely not budge on this issue. ?u ni havas interkonsenton?” –Joe Blevins

“A double date? I have to check with Zak … We might be scheduled for sex at that time! We usually are!” –Thelonious_Nick