Folks! It’s the first Friday of the month, and inevitably, that means it’s time for my live comedy show, the Internet Read Aloud, tonight in Los Angeles! Wanna learn about Ansel Elgort, Tik Tok, and tweens? Then be there! 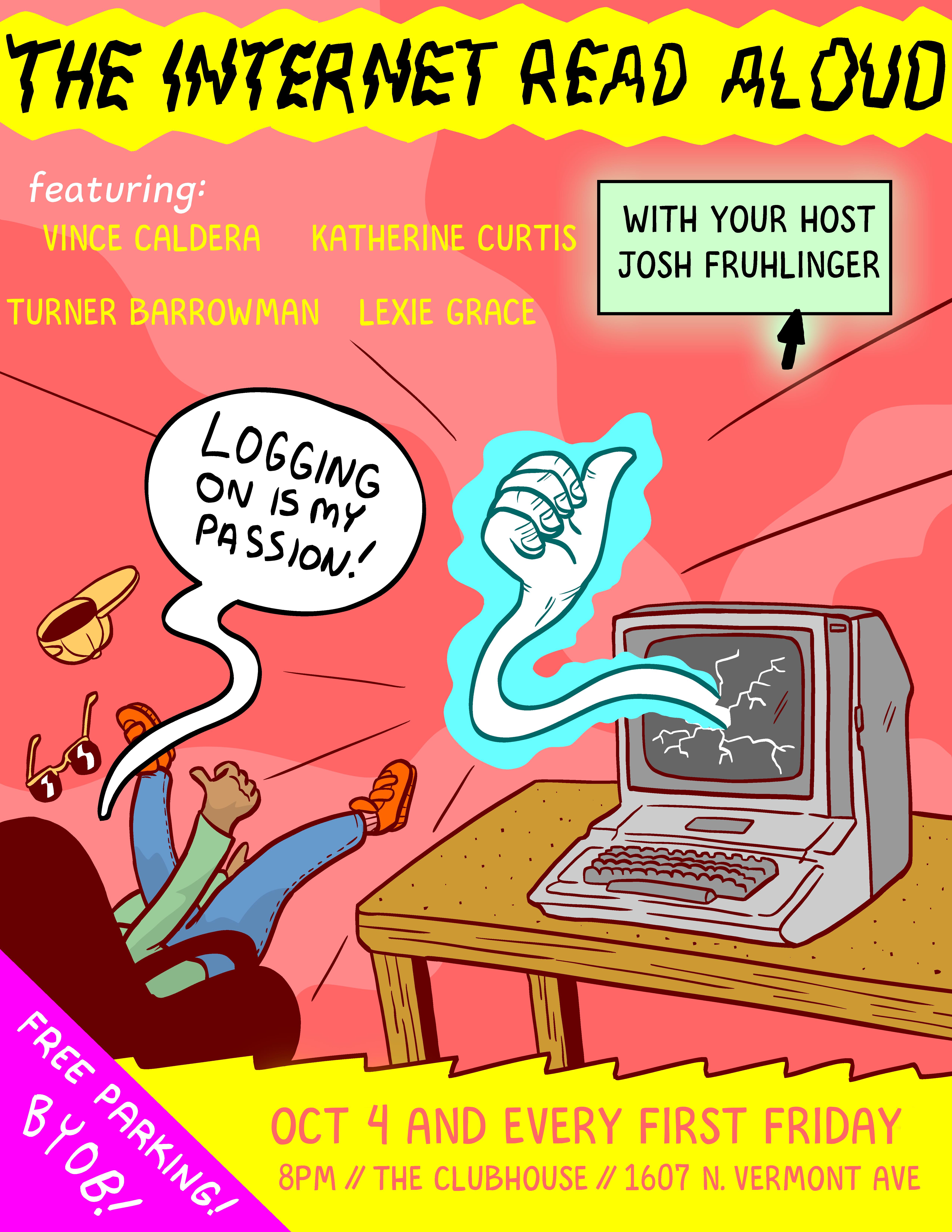 And like every Friday — first, last, whatever — today we present to you this week’s comment of the week!

“I’m glad they’re doing this Buck and Mindy story as a flashback, so there’s no DRAMA stinking up this pregnancy storyline. So relieved I didn’t have to experience any dramatic tension when Mindy fell! I bet we all need some ‘bed rest‘ after such a close call with narrative.” –katakana haru, on Twitter

Your runners up? Also hilarious!

“What’s not funny is that Thel would ever consider taking those brats into a piano and organ store, even with clean hands. Truly her mind is gone, or her hearing.” –Arabella

“The DJ gladly complies with Slylock’s request. It is a welcome change of pace from the incessant drudgery imposed on him by his animal masters, who insist that, as one of the few surviving humans with any knowledge of how to operate a radio station, he perform all of the DJ, engineering, and maintenance duties, or be punished for his failure. At least his fate is better than his friend at the car factory, who is tasked with keeping all of the automated assembly lines running despite having no idea how to ensure that the resulting product operates safely for more than a few minutes at a time.” –Harold

“Hmmm, looks like Wilbur has traded in his half-round glasses for a new pair of rounded squares. I guess when you’re travelling distant disaster zones with a cold sense of detachment, you might as well look like Kissinger.” –pugfuggly

“Yes Dawn, we know you got laid. The biblical symbolism is a little tacky though.” –Dan

“Presumably Crankshaft is anti-vaxx because it leads to fewer children on his bus route.” –Marcus Theory

“‘You know, you can tip me right on the app.’ ‘And waste this sandwich I found on the sidewalk?’” –Rube

“I’d be grouchy too if my shirts had that many buttons. Must take him an hour to get dressed in the morning.” –Ukulele Ike

“If my reading of medieval sagas tells me anything, this no doubt is the beginning of a long violent and especially blood feud. Only after the death of many trusted thanes in Hagar’s comitatus (watch out, Lucky Eddy) will a fragile peace be bought with the paying of wergeld and the marrying off of Hagar’s daughter Honi as a peace weaver between the warring clans. Then the monsters will come.” –Joe Momma

“And it was Sophie who figured out that waiting on just the three of us meant the servants were only working like, two hours a day. So this B&B thing means we’re getting more value out of them, although watching all this increased activity is exhausting, quite frankly.” –cheech wizard

“I have to say that I’m glad (read: disappointed) Funky Winkerbean didn’t have some bizarre euphemism for Bull being dead on the spot. I suppose they could repurpose ‘solo car date’ for it.” –Brian Renadette, on Twitter

“This is quite literally what passes for pillow talk in the Marvinverse.” –pastordan

“Since roughing it is a pretty common concept in our culture, I can only assume that the quotation marks Marvin’s parents are using here mean they’re employing it as code for a specific sex act. Marvin’s dad (whose name I refuse to look up) wants to go camping so they can ‘rough it’ for a weekend away from the prying eyes and ears of their neighbors and household smart devices. Jen’s price is that Jeff (okay, FINE, I had to look it up) will have to clean their child’s bottom with 1-ply toilet paper … presumably forever? Their scat-obsessed, willfully non-potty-trained monster of a child. No wonder he looks so pissed.” –Doctor Moreau

“I had Mr. Wilson pegged as someone with Fox News on his TV 24/7, so I’m surprised to find out he’s actually into the Voluntary Human Extinction movement.” –Zombie Dodge

“You’re looking at this all wrong, George. His status as an overindulged only child explains 90% of Dennis’ behavior. What you’ve gotta do is make sure Henry and Alice have a second child. Stop seeing this as a series of battles and start seeing it as a war.” –Joe Blevins