I definitely could see a bunch of ways that a dog could break a tooth while robbing a bank (though to be frank almost all of them involve him biting someone), but I think there might be more to it here. Dirty Dog is, for those of you who don’t want to flip your screen upside down, in disguise as an anteater, a toothless species that would have no reason to go to the dentist. You’d think that “in disguise” would mean that he just has a fursuit on, but that bandage far down his “snout” indicates a genuine injury where there shouldn’t be one. Presumably he’s spent most of the day undergoing the horrific surgery necessary to transform his appearance from one species to another. It’s honestly a wonder that the toothache is his only problem. 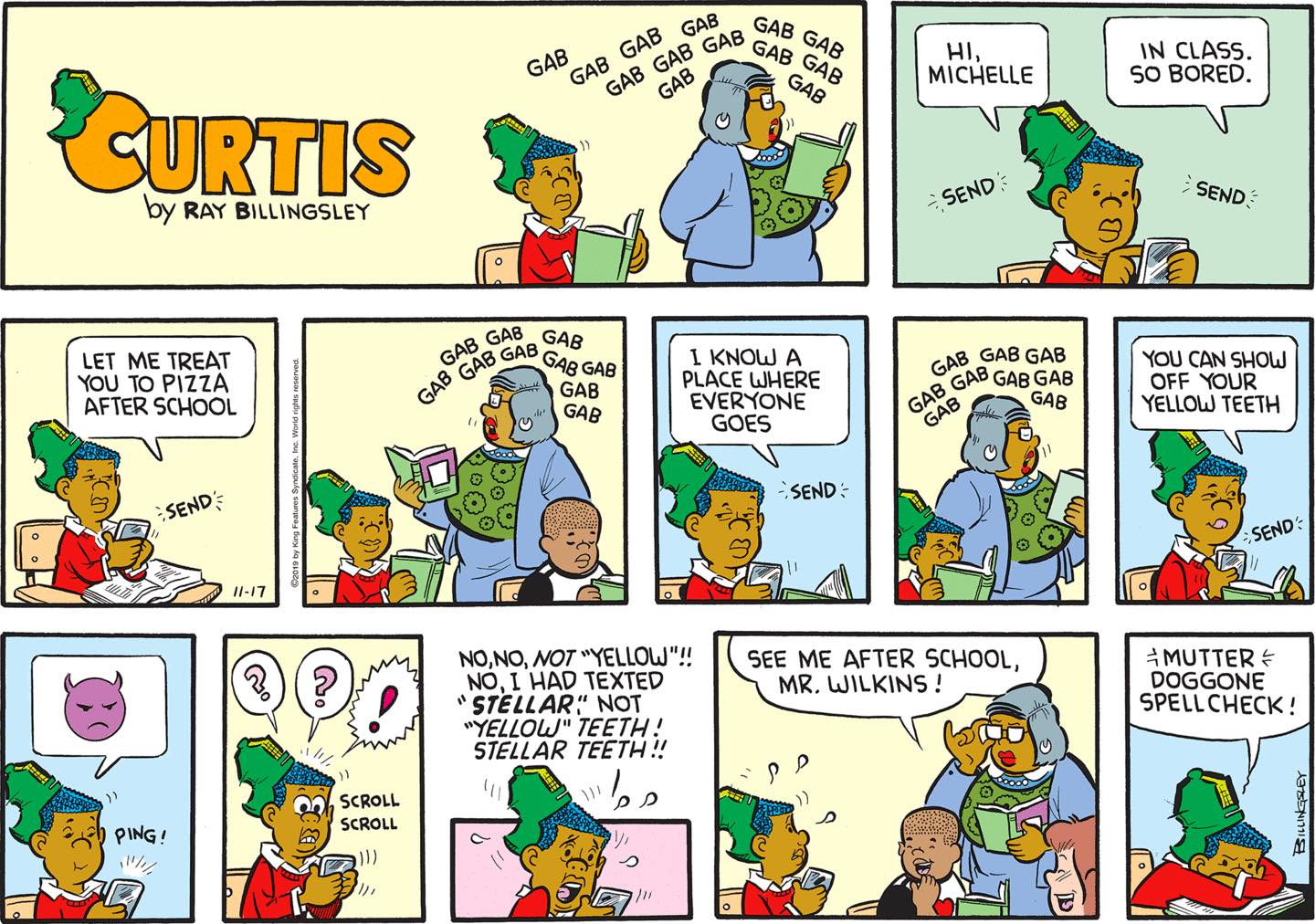 Ha ha, oops, Curtis accidentally texted Michelle referring to her “yellow teeth,” making her angry! He had intended to refer to her “stellar teeth,” and how the food he was going to buy her would give her a chance to “show [them] off,” just a totally normal and non-creepy thing that any girl would be excited to read in a text from a boy. “Girl, I want everyone to know how well you can chew, don’t hide your light — specifically, the light glinting off your teeth — under a bushel!” That’s some extremely effective flirting that will get you far with the ladies.