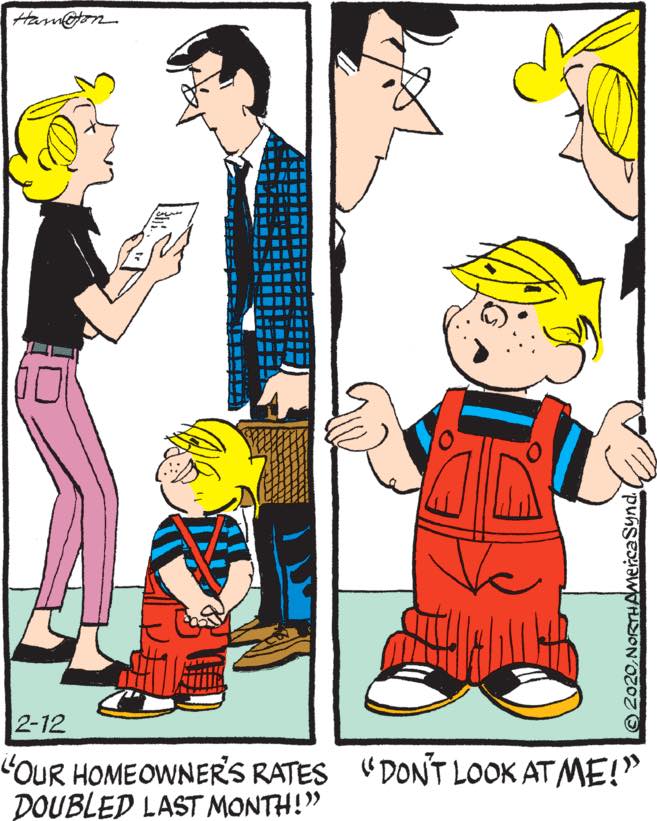 Just to show you what it’s like to be me, a guy with a head full of random trivia, I read “homeowner’s rates” and thought Alice was using the British term for property taxes, which made me wonder if the Mitchells had relocated to the UK so that Dennis could take on his actually much more menacing rival. But a little Googling shows that sometimes people say “homeowner’s rates” when they mean “what I pay for homeowner’s insurance,” which sounds very strange to my ear but feel free to sound off in the comments if this is part of your everyday speech and you think that I, personally, am an idiot. The important thing here is that Dennis would not have any possible impact on the Mitchells’ property taxes, but could very well be the source of their skyrocketing insurance premiums, because he breaks so much stuff.

Good news, everyone! Mysta escaped from Mr. Robot’s clutches and defeated him using her Lunarian powers, so now we’ve got a new story, about the origins of a bad guy called “Shakey,” because he shakes. Few things in recent comics history have made me laugh more than today’s Dick Tracy, in which the narration box says little Shakey “quickly learned the Golden Rule” and depicts him beating the shit out of other kids and stealing their money. There’s not even an attempt to make some kind of pun or wordplay on “Golden Rule!” “Here’s your Golden Rule, kids: just absolutely terrorizing people with violence is a great way to make a lot of cash.”

Ah, yes, it’s an all-too-common story: a sad, isolated person — say, an newly disabled man who isn’t sure who he is anymore — gets big on Twitter and gets a chance to reinvent himself — say, as a guy whose leg was eaten by a yeti. How often do we have to hear this tale before we learn its lessons? Anyway, Minga and Pemba are watching all this from afar, probably wondering if anybody is going to be able to pay them, now that the guy who hired them is dead.