Well, it looks like Judge Parker is about to descend into meta-narrative as our soap-opera-strip town becomes the backdrop to an in-universe soap opera TV show, at least until April gets mad about lack of creative control and emerges from hiding to murder everybody. Mostly I’m excited because I’ve just realized that the Netflix exec in charge of all this looks uncannily like Amy Klobuchar, which makes sense considering her main role in the story so far has been to be mean to everyone around her. 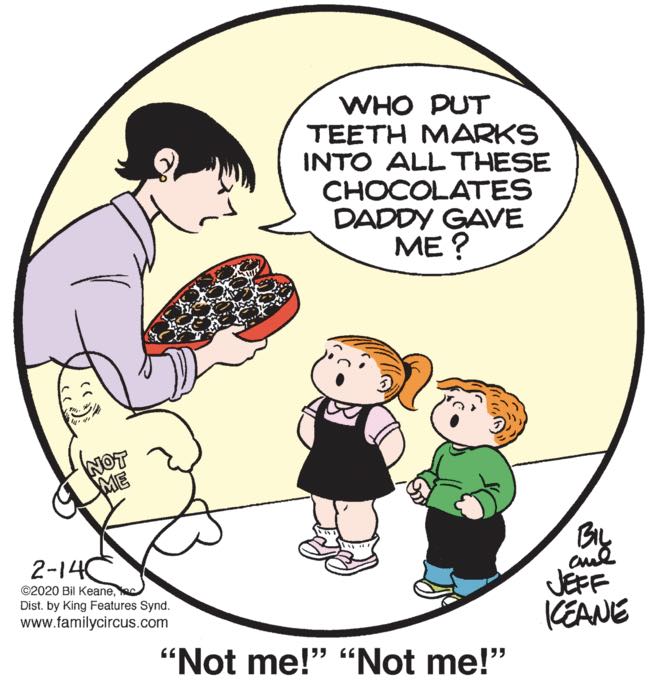 I don’t know why, but it bothers me so much that these kids have only sort of vaguely touched Ma Keane’s Valentine’s Day chocolates with their teeth. Does anyone think these two melonheads have the self-control and discipline necessary to not gobble down the candy as soon as they put it in their mouths? I definitely don’t, and you expect me to believe that Jeffy does? Jeffy? Please.

I don’t know, man, stopping in mid conversation to put on a coat, walk outside, and then engage in a performative display of affection for a specific audience doesn’t say “spontaneity” or “pizazz” to me so much as “desperately trying to prove something to others, and maybe in so doing proving something … to yourself.”