One of my least favorite running Funky Winkerbean bits — amazingly, I do have a hierarchy — is jokes at the school that are set up by the teacher saying “Can anyone tell me [fairly obscure fact X]” in a way that really seems to strongly imply that the students have never encountered fact X in their curriculum, but he’s mad at them for not knowing the answer anyway, because it’s their fault they don’t know the name of, for instance, random Kuiper Belt objects off the top of their head. Anyway, did you know that this particular Kuiper Belt object isn’t even called Ultima Thule anymore? Science teacher dude whose name I forget hates kids, hates teaching, doesn’t keep up with his field of study, and probably should look into retiring as soon as possible, is what I’m saying. 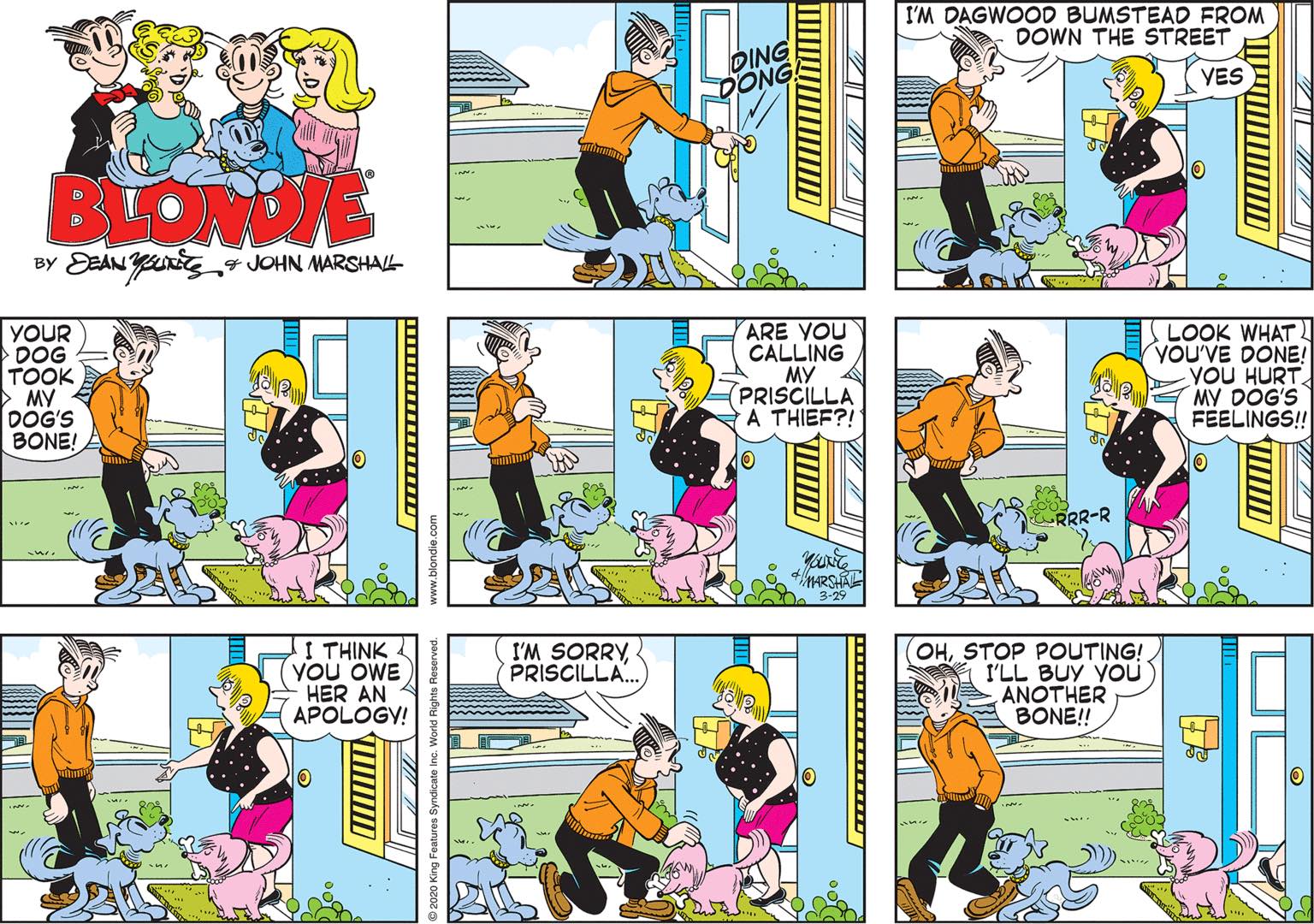 Today’s Blondie is kind of interesting because it doesn’t really make sense if you don’t know that Dagwood lives in an impeccably manicured suburb where, anachronistically, people let their dogs roam free at night, but I’m more interested in the throwaway panels, where Dagwood identifies himself and his neighbor responds with an excruciatingly neutral “Yes”, implying that she knows exactly who he is and has some opinions about him that she is not eager to share.