Hey all! Just a reminder that TONIGHT, Friday, March 6, my live comedy show, the Internet Read Aloud, returns to The Clubhouse in Los Feliz in Los Angeles! It’ll be great, so don’t miss it! 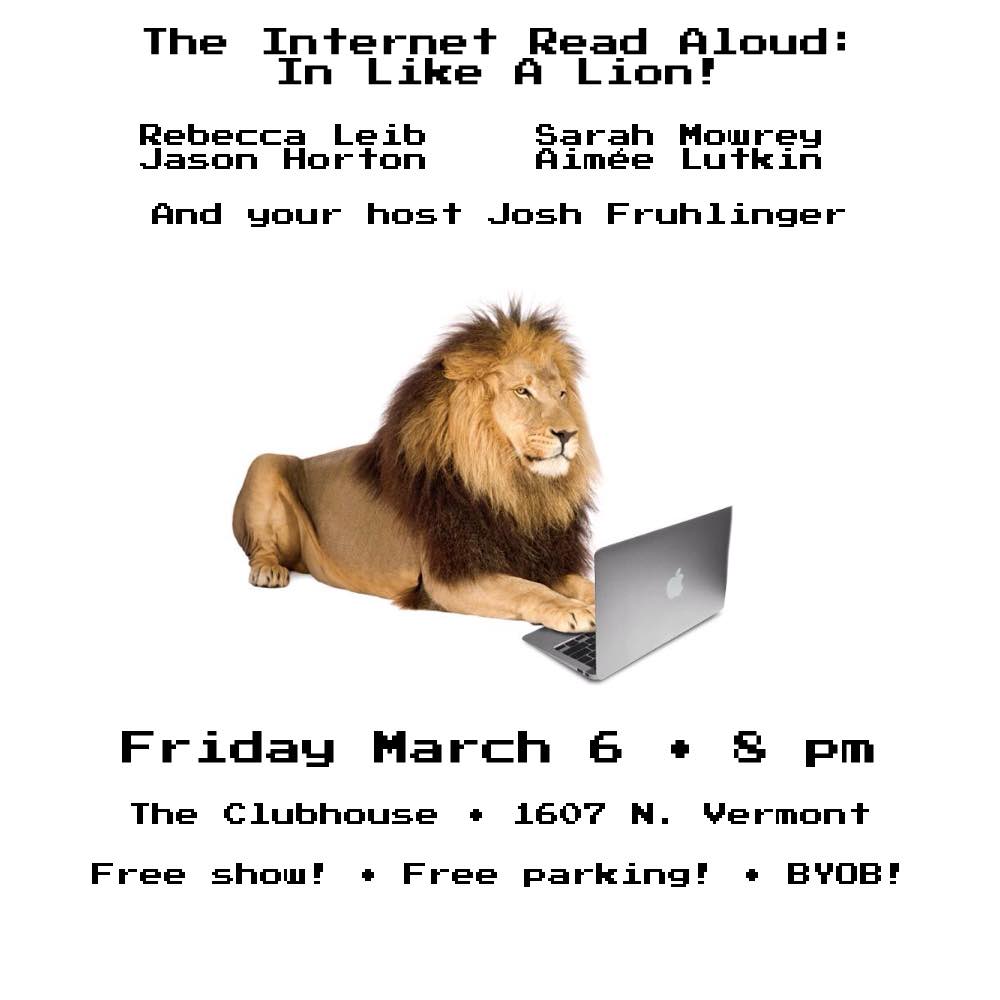 But do you know what’s also great? Your COTW, that’s what!

“The normal reaction of a Bedouin family to the acquisition of a free camel would be pure joy. But of course, Crock isn’t really about North Africa. It’s about … well, I’m not really sure what it’s about.” –Rube

And the runners up are hilarious as well!

“That guy in Daddy Daze doesn’t know what he’s talking about. Everybody knows the most ticklish warden in the whole penal system is Albert ‘Bear’ Trijolo at ADX Florence.” –Handsome Harry Backstayge, Idol of a Million Other Women

“I can always warm up the car and take everyone for a ride! We need just some more CO2 in the air to defeat winter forever.” –Ettorre”

“This may be the truest thing I have ever said: in Crock, no anatomy can be taken for granted.” –pastordan

“I like to think that his voice gets progressively louder as they walk home or wherever. He grabs random people and shakes them. ‘I’M A GODDAMN STAR WARS FANATIC!’ he yells, as Dawn just stands and stares into the middle distance.” –overtim, on Twitter

“I’ve been reading this fascinating book about squirrels! Did you know squirrels can be trained? So if I took, for example, a scarecrow, dressed it up in a band uniform, and stuffed it full of nuts, squirrels will eventual connect band uniforms with nuts! Anyway, enjoy the next football game, in autumn, as the weather is turning cold and the squirrels instinctively start hunting, desperately, for nuts. I know I will.” –Voshkod

“Can’t wait to see how the Mary Worth team tackles the delicate issue of May-December threesomes.” –pugfuggly

“I do note the … speed puffs? … visible in front of the reversing car are visible in Bumstead’s shot, so perhaps the joke is that they are desperately fleeing Bumstead. You can see it in the woman’s face — the conflict between being nice and the realization that freedom is actually possible and maybe worth being a bit rude about.” –toxic

“Opera is a gangrenous lesion upon the once lustrous skin of human culture and art, says the man who draws and publishes pictures of an infant smugly pissing himself roughly 300 days each year.” –jroggs

“Some of these kids are labeled ‘troubled children,’ making it easier to pass off their disappearances as ‘running away.’ If Thompkins wanders off during the hike, I wouldn’t worry too much about tracking him down.” –TheDiva

“I can’t be the only one puzzled as to why they specifically chose to call him Geoff as opposed to Jeff. It’s very distracting. My question is, what are they trying to distract us from?!” –Violet

“Is that why your pursuit of eternal youth has led you to undergo body modifications that gave you a 2 inch waist?” –TheRealAaron

“Their yoga may be a Tibetan form of meditation focused on ‘naked awareness,’ i.e., recognition of phenomena as manifestations of one’s own mind, without the mediation of conceptual discrimination. And Jared may object because he feels this to represent a misunderstanding of the nature of emptiness.” –Zla’od

“That’s great. Fantastic. I wasn’t feeling enough like I’m living through the apocalypse or anything, definitely needed to hear that Billy Keane knows what sex is.” –Dan

“This right here. This exact moment. This is the catalyst for Thel starting to have extramarital affairs before ultimately leaving the family. She’d thank little Billy if she could remember his name.” –Joe Blevins

“I like the way the neighbor lady stares out her door, but what’s she thinking? ‘We need a bigger fence?’ ‘Why is he selling rat poison like candy?’ ‘What will the neighbors think of me if I’m the one who finally calls CPS on that freak show?’” –Rocky the Flipped-Out Squirrel

“Squirrels are NOT absent-minded! They just bury more nuts than they need, in order to be sure of having enough. A certain cartoonist I can think of would do well to follow their example, where ‘burying nuts’ is a metaphor for ‘providing some content that would make it worthwhile for anyone in their right mind to read their stupid comic strip.’” –Peanut Gallery

“The DAGWOOD lies awake at night pondering how delicious his grandchildren will taste if he has the patience to refrain from devouring his spawn now. Spoiler alert: He does not.” –Dread

Remember, if you want to buy ads on this site and get a shoutout in these metaposts, head on over to my BuySellAds page! If you never want to see banner ads on this site, and get cool comment-editing features to boot, for a mere three dollars a month you can become a Comics Curmudgeon Supporter! If you just want to give me money directly, you can put some scratch in my tip jar, or back me on Patreon! Thanks to all for your support and readership!