This strip is, in its own way, heartbreaking to me. When Dagwood hears about this fellow’s food-themed brood of nephews and nieces, he doesn’t think, “Wow, my co-worker’s brother sounds like a kindred spirit! Maybe I should reach out to this guy on Facebook, and we could be friends, connected by our common interest in — nay, obsession with –food!” But no, all Dagwood does is imagine ways that he could imitate or rival this man, apparently forgetting that he’s already named his daughter “Cookie.” Anyway, his neglect of human connection explains why his ostensible “best friend” is some guy who happens to live next door, whose relationship with Dagwood is mostly defined by the two of them refusing to return tools they’ve borrowed from one another and who was last seen trying to kill Dagwood with his car.

Ha ha, can you imagine dong a whole week of non-jokes where the “joke” is that you keep putting off the actual joke, which, when it arrives, is almost guaranteed to not be funny? I guess the reason for having the janitor in the foreground in every strip is to emphasize that this is all straight-up garbage. 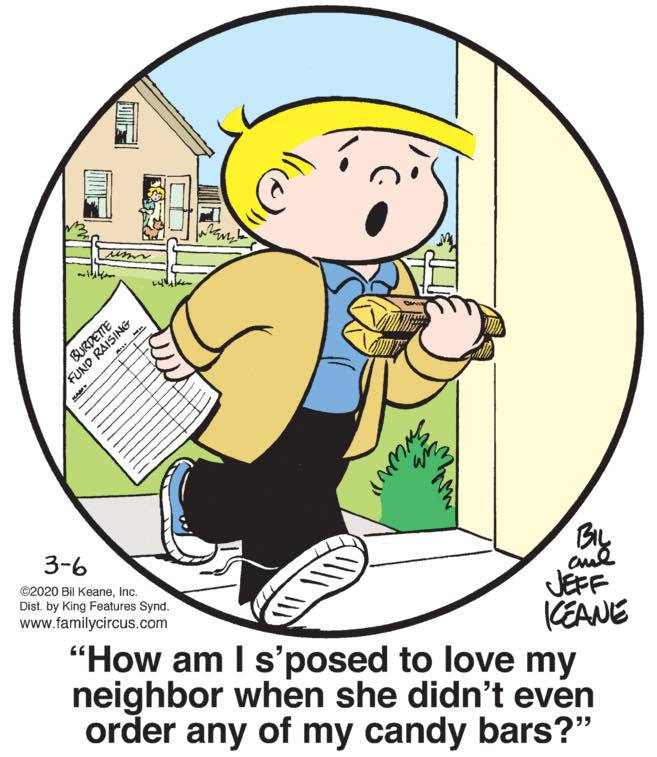 MODERN, UP-TO-DATE THEOLOGICAL CONUNDRUM: When Jesus told us to love our neighbors, did he not know that our neighbors fuckin’ suck?