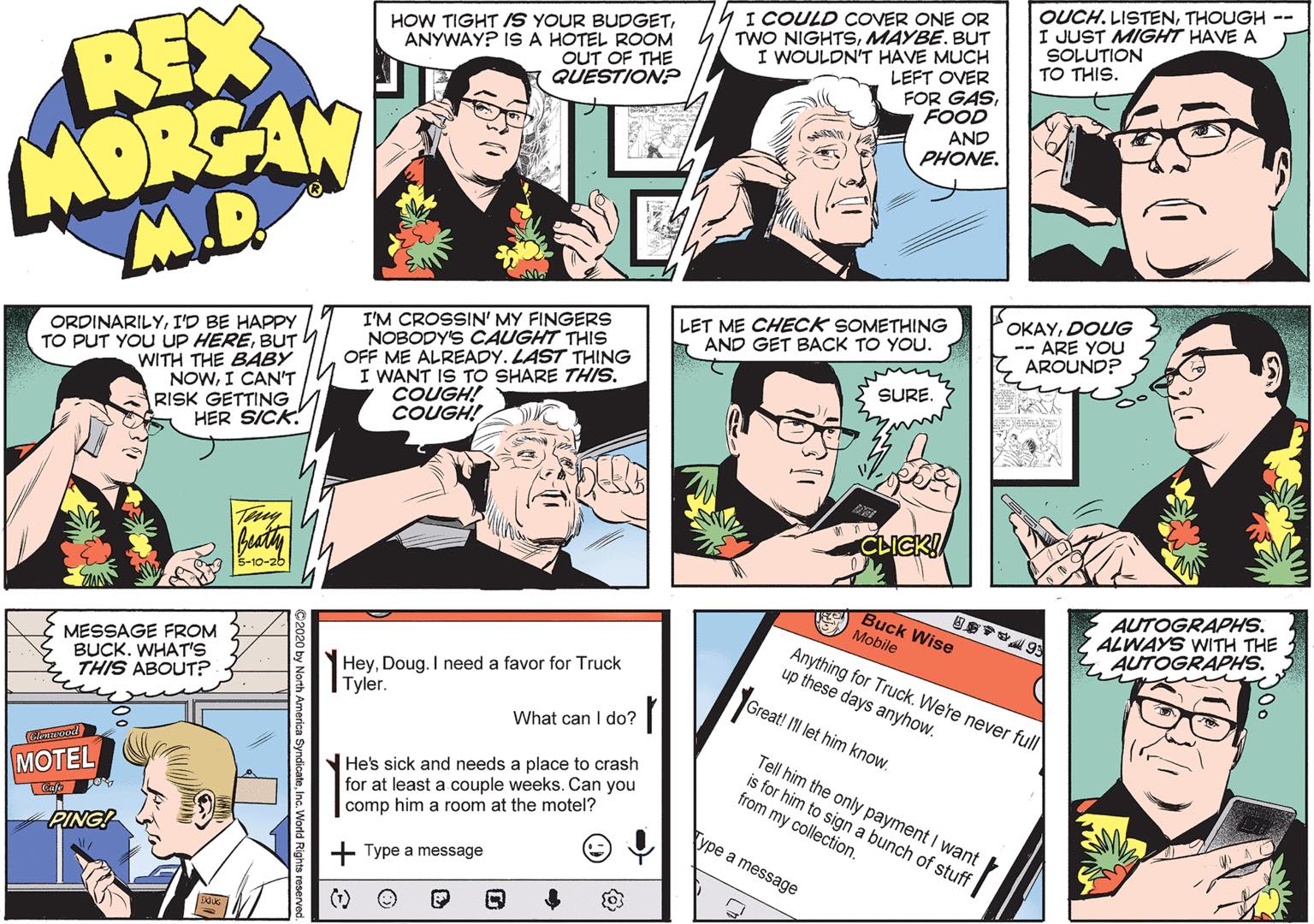 Hey, everyone! Were you worried that Buck was going to be inconvenienced, even briefly, by Truck’s illness? Well, good news: he won’t be! Also, it’s very sporting of you to pretend that you actually were worried about Buck. I know for a fact that nobody is worried about Buck. Anyway, a good way to enjoy your Sunday is to imagine that Buck is saying “Autographs. Always with the autographs” the same way Martin Sheen says “Saigon. Shit, I’m still only in Saigon” in the opening scene of Apocalypse Now.

There are a lot of Mother’s Day comics out there today that depict moms getting appreciated by their kids and partners, but that frankly isn’t the thing that satisfies my twisted reasons for reading the funny pages, so here, here’s a strip where Les calls his wife and just monologues for five panels about how everything sucks. 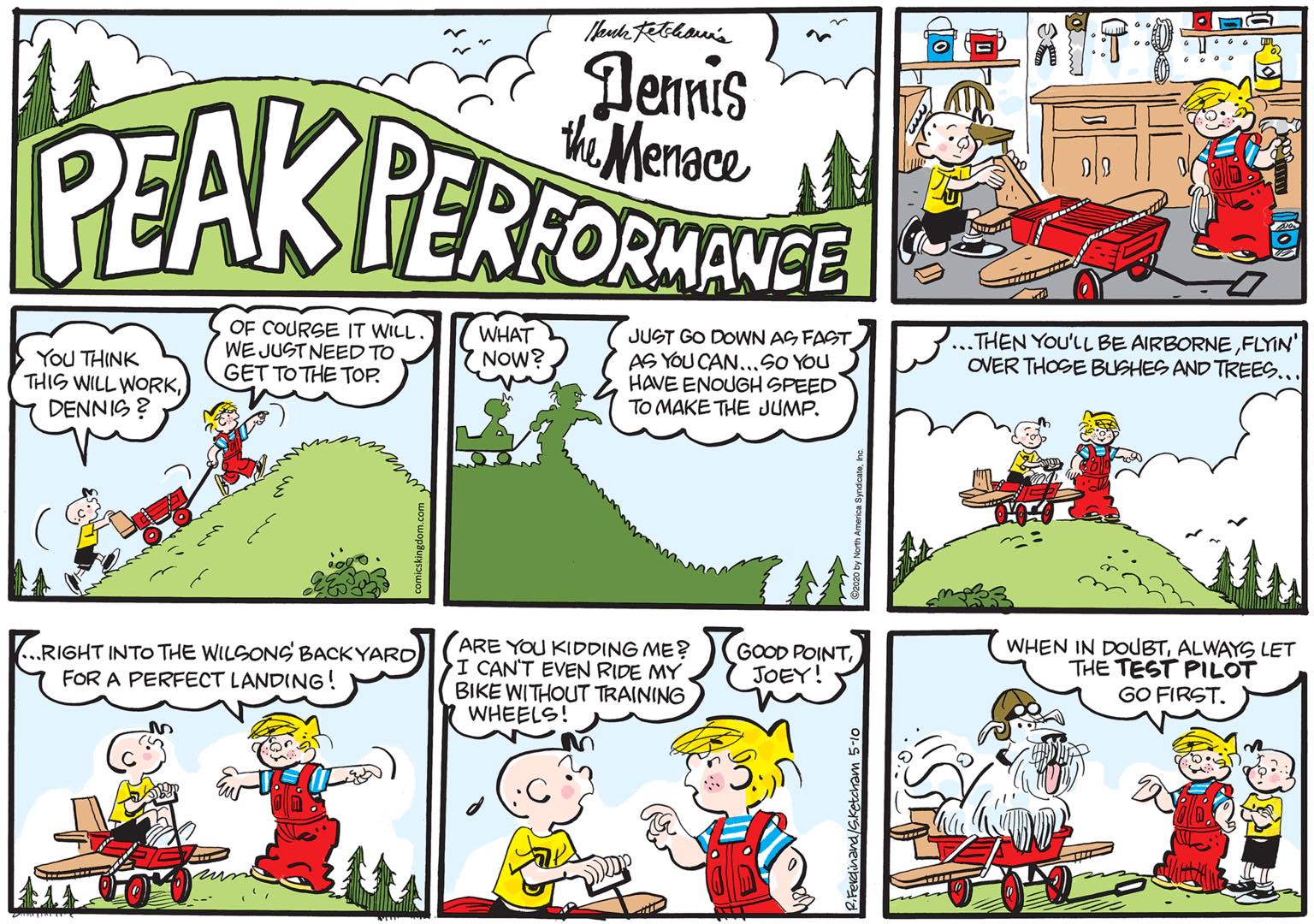