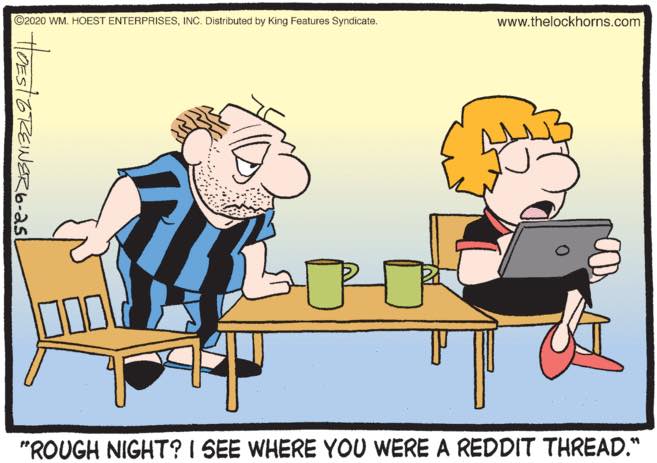 Yes, Leroy is absolutely the sort of guy who would get involved in some high-anger, low-stakes battle on Reddit in the wee hours of the morning, and Loretta is absolutely the sort of woman who would check up on her husband’s Reddit account to find out what cyber-bullshit he’s been up to that she could make fun of. This was almost a Lockhorns panel that was true to its characters and also accurate about a fairly contemporary aspect of online life. Fortunately, just so as not to completely flabbergast everyone by pulling that off, the panel also includes the sentence “I see where you were a Reddit thread,” which is either a typo or a confession of not actually understanding what Reddit is or how it works, thus restoring balance to the universe. 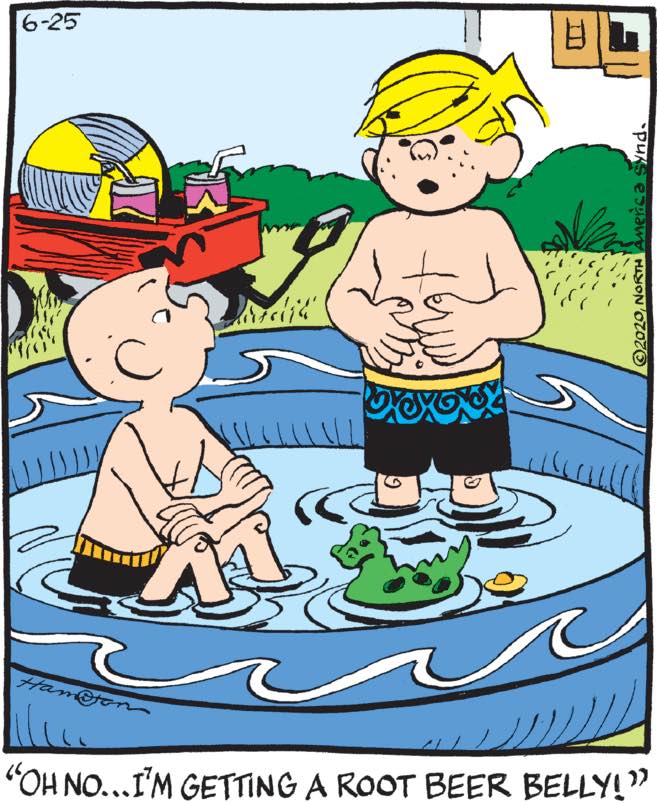 At age five, Dennis is already falling prey to obsessive and unrealistic body image standards! The true menace is society.

Oh man, see that lady there in the foreground? I hear her casseroles are devastating. That’s … a joke? I guess?