Man, Funky Winkerbean is really going for it with this fire, huh? This strip strongly reminds me of one from 2009 (note to self: embark on a rigorous journey of self-discovery to learn why I have instant recall of eleven-year-old Funky Winkerbeans) where Funky gets a text from his doctor about his cancerous prostate while a TV in the background drones on about the collapse of the economy. Today’s strip has a different vibe, though, in that the foreground action is actually upbeat for once. I’m assuming that everyone’s happiness is going to be upended when the fire destroys, you know, everything, but it would be kind of funny if we never hear about it again, but we should just keep in mind that it was there during a happy moment, like a skull hidden in the corner of a painting from one of the Dutch Masters to remind us of our own looming mortality. 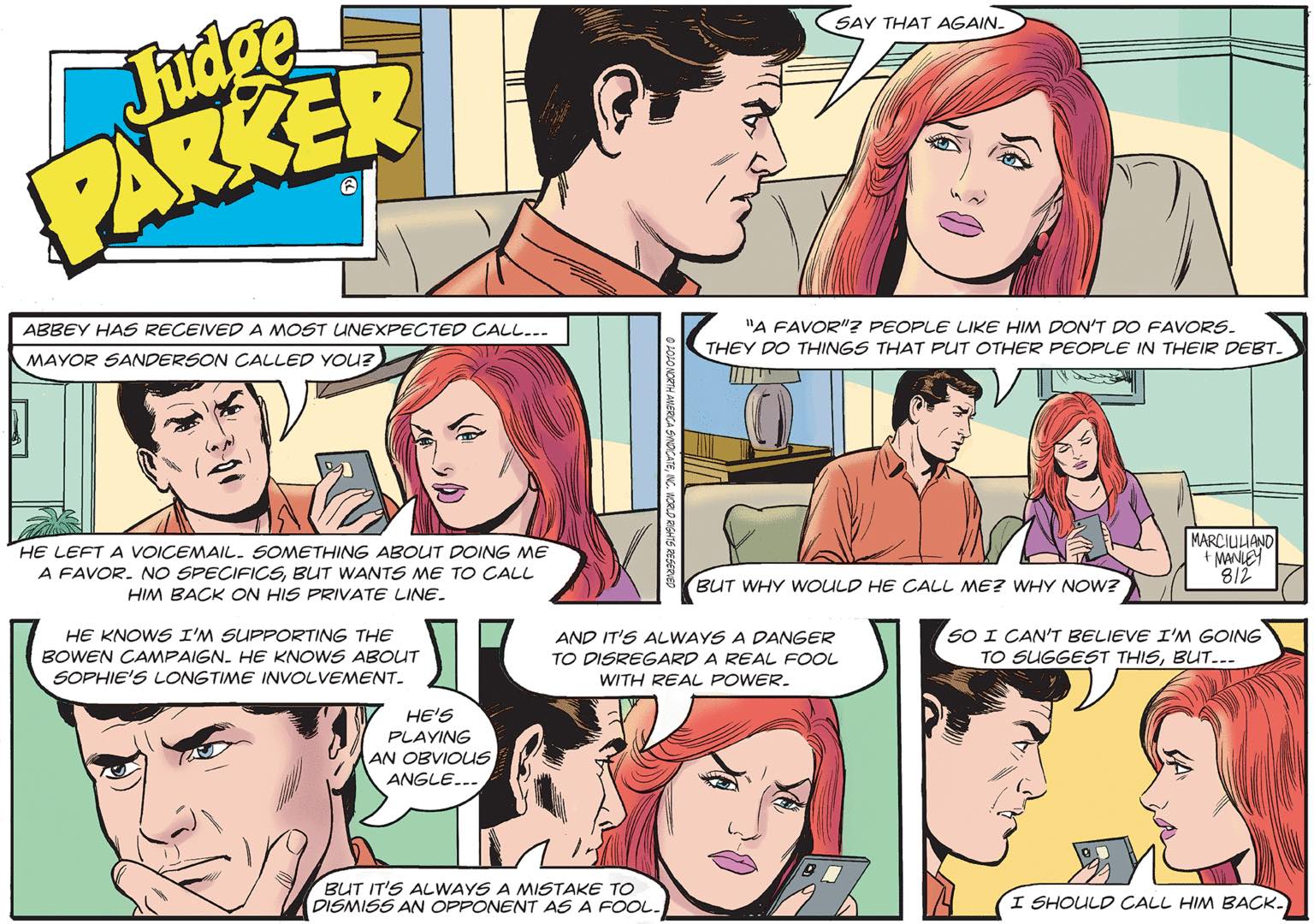 I’m not really sure if calling the wife of one of your opponent’s primary backers is the “obvious angle,” actually, but I guess I’m only beginning to appreciate how byzantine and vicious the politics are of a small suburban town in Connecticut (?), where I assume the primary job of the municipal government is to negotiate contracts for snowplowing services. 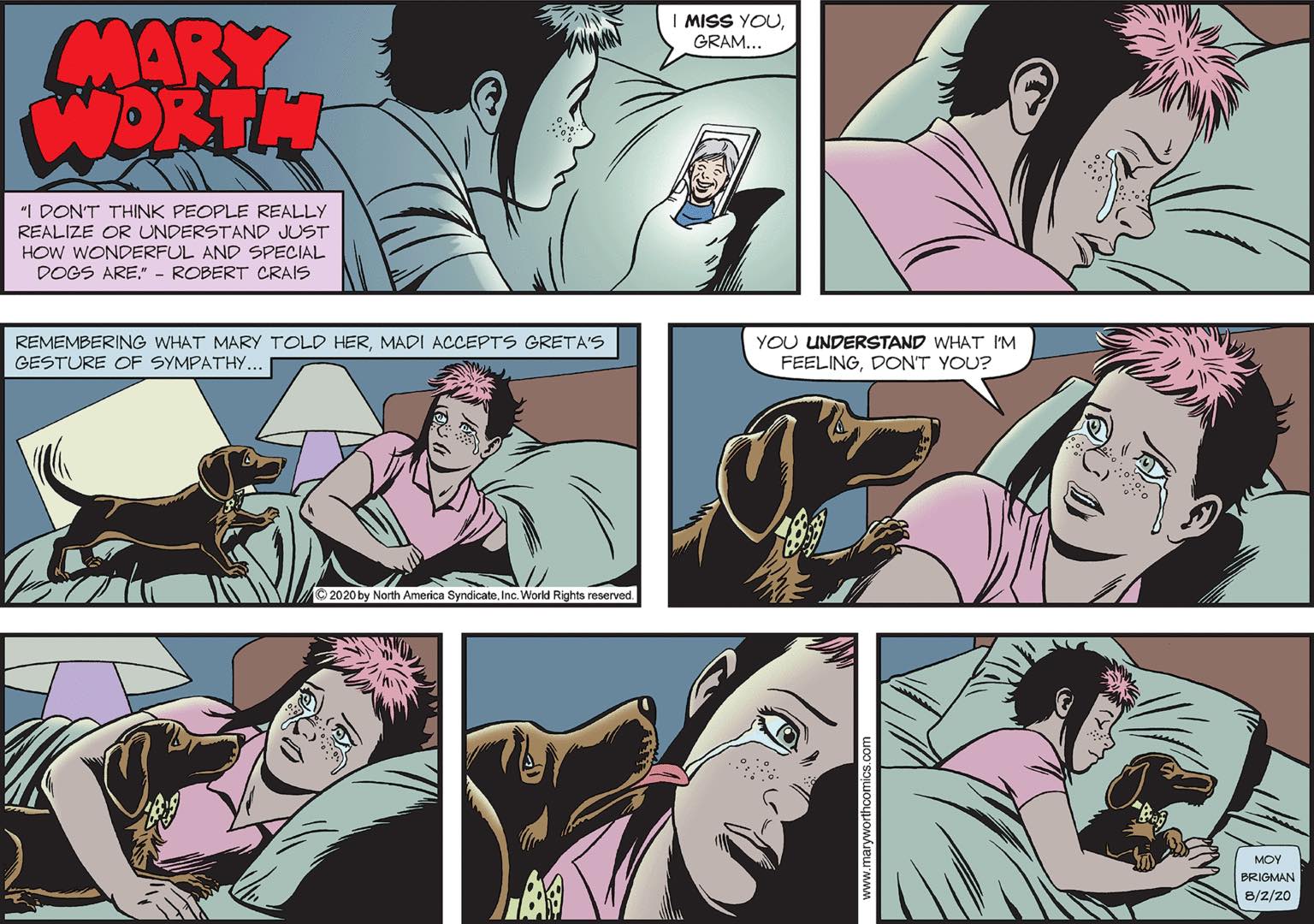 Aww, despite her initial hostility, Madi has finally made friends with both Mary and Greta. Will she also bond with Saul? I hope not! I hope she keeps leaving her clothes all over his condo for the next three months, until her CIA assassin dad comes back to collect her!