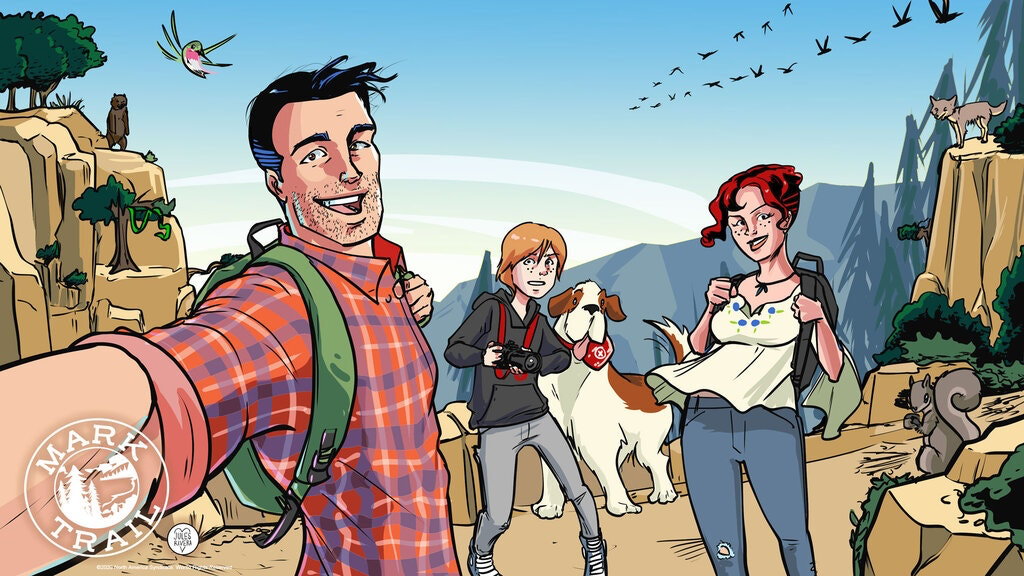 Will we be able to handle Mark with stubble, Rusty not being a hideous boy-thing, and Cherry with a job? We’re gonna find out, I guess! (Rivera also does action comics, so she knows how to draw a punch.) Also I have an inside scoop on a beloved former character coming back for the first plotline so stay tuned for that. Hopefully two more weeks of reruns will be long enough for us to find out if Andy survived and/or if Mark ever got that major award or not.

We’ll all be on tenterhooks for the next couple weeks, but until then, please enjoy your comment of this week that just happened!

Plus your very funny runners up!

“Is that the normal Sunday strip look for Hi and Lois, or are the extra rosy cheeks meant to tell us that the entire family is mildly drunk? Is Thirsty having his influence on them?” –Remy

“Sure, having a COVID party is risky, but you know what else is risky? Being a couple of forty year olds who keep trying to pose as teenagers.” –Where’s Rocky?

“Chip thinks a Bob Dylan composition is folk music, a Led Zeppelin tune famously stolen from Willie Dixon is heavy metal, and the Eagles’ mellowest yacht rock is the blues. On the other hand, how much can we expect from a teenager who streams Gordon Lightfoot unironically?” –BigTed

“As much as I try to avoid clickbait church services like this, every so often I see the sign of my local parish advertising a sermon like, ‘The Top 15 Instant Karma Moments for Sinners Against Our Lord and Savior,’ and next thing I know I’ve been tricked into devoting my life to Jesus again.” –jroggs

“I don’t want to tell you how to do your job, Sam, but instead of lecturing potential victims about their behavior, you might want to actually do something to stop the apparent roving packs of wild dogs that prey on your town’s beloved pets.” –Dread

“Normally Mark Trail’s dialogue panels show off the majesty of nature or the bloodthirstiness of the hunt, so I’m glad today they’re slowing down and showing us just the dumbest squirrel about to eat a rock.” –Schroduck

“‘LOOK AT THE WILDLIFE YOU’VE CONSERVED’ screams Mark, dumping Andy’s mangled corpse in front of a shocked crowd, before storming off with his award.” –DevOpsDad

“A plugger’s romantic dinner is accepting waiter service because the Ol’ Country Buffet is closed by the local health department.” –Rusty

“The scene where Buck and Mindy apply for a PPP loan was deemed too intense for the readers of this strip.” –TheDiva

“Anyone telling Mark Trail ‘Don’t be stupid!‘ is setting himself up for a four hour lecture on wildlife trivia.” –nescio

“Every time Dick Tracy comes up on the blog I feel like I learn something new about its weird world. Today it’s magazines: would you rather read Valyu Financial, the publication for those worried about thrift and copyright infringements, or AUTO ZINE, the red-hot car monthly with centrefolds of fuckable roadsters?” –pugfuggly

“Tommy, tell me more about your mother’s hot, rich, and sexually potent boyfriend. If something happened to Iris, would Zak want to start dating again right away? And how is your drug habit these days? I’ve heard there are some really powerful new pills on the streets. Almost irresistible, they say.” –GeoGreg

“Most people who don’t really care about pets have realized that they have to soft peddle it. Shouting NO DOG IS WORTH THIS just gets their hackles up. You gotta soft play it, like suggesting that it would be kinder to go ahead and just put the stupid dog down if it’s so close to death. It’s a loving gesture to euthanize the inconvenience so you can climb the ladder to the heights of conservation writing, a genre that William Faulkner once heard of.” –ArtistFKAtoxic

“You mean we’re not videoconferencing? Then what am I voguing with my chest thrust out for?” –Handsome Harry Backstayge, Idol of a Million Other Women

“‘See, if I don’t spend my entire paycheck, I can accumulate savings, which I can occasionally tap into so that I can spend more than I earned in a given week.’ Just kidding, his idea is to do a crime.” –A Concerned Reader

“That was a different time for Tommy, he’s in a much better place now. He’s off the meth and high on blond hair dye.” –Dan

“I’ve seen enough movies and TV shows about undercover femme fatale assassins posing as housewives to read Thel’s body language here, and it’s saying she could flick that knife and plant it right between Jeffy’s eyes without even looking, if she wanted to, and boy does she want to! Alas, she has her orders: Keep the pumpkin heads safe until they ‘ripen’ and Control comes to collect them for Phase II.” –Effluvius Erratus

“At the local college. This is how humans speak to one another, yes? There is a college locally, therefore that is where I will take a sales course of training?” –Glycyrrhiza Glabra