Wow, if the Funkyverse gang thinks that Bill Clinton has the influence to convince the current U.S. government to think twice about deporting someone, I have some extremely bad news for them. Not only is this not going to work, but Montoni’s is probably going to displace Comet Ping Pong at the center of fevered #pizzagate conspiracy theorizing on various unsettling Facebook groups. 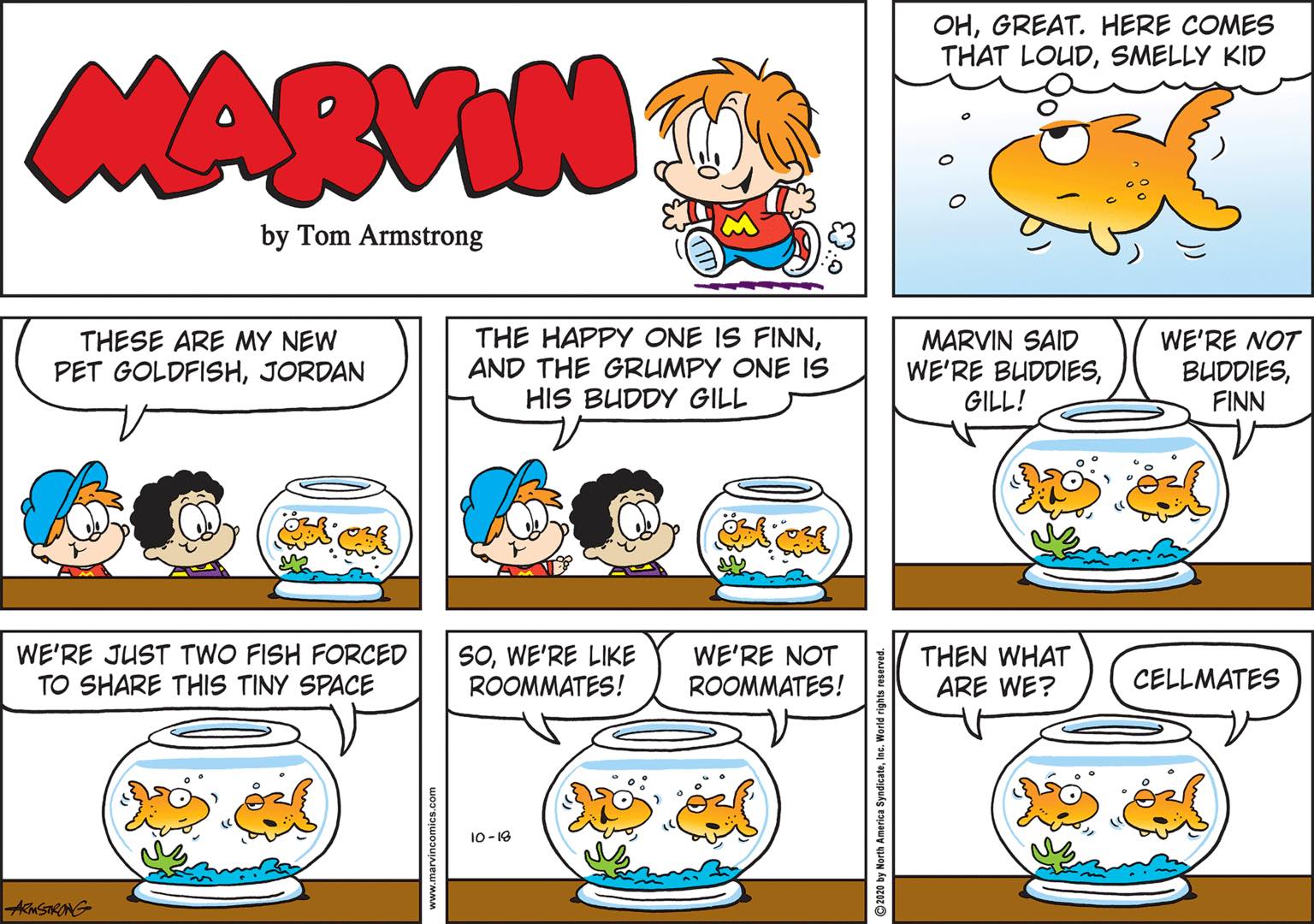 Normally I complain about Marvin doing poop jokes, but today’s Marvin is about how these two fish are stuck in this bowl together and one of them wants to be friends and the other one very much does not. It’s depressing and I hate it! At least the poop jokes don’t make me actively sad!

What’s your favorite image in today’s Family Circus? I’m a fan of Daddy’s football fantasy, a key part of which is the pile of crockery on the table next to him. He’s enjoying a beer now, but we can tell he’s already had some coffee and at least two meals and he’s still not getting out of that chair. My second favorite is the scene of Daddy keeping his kids entertained by reading what appears to be a menu.