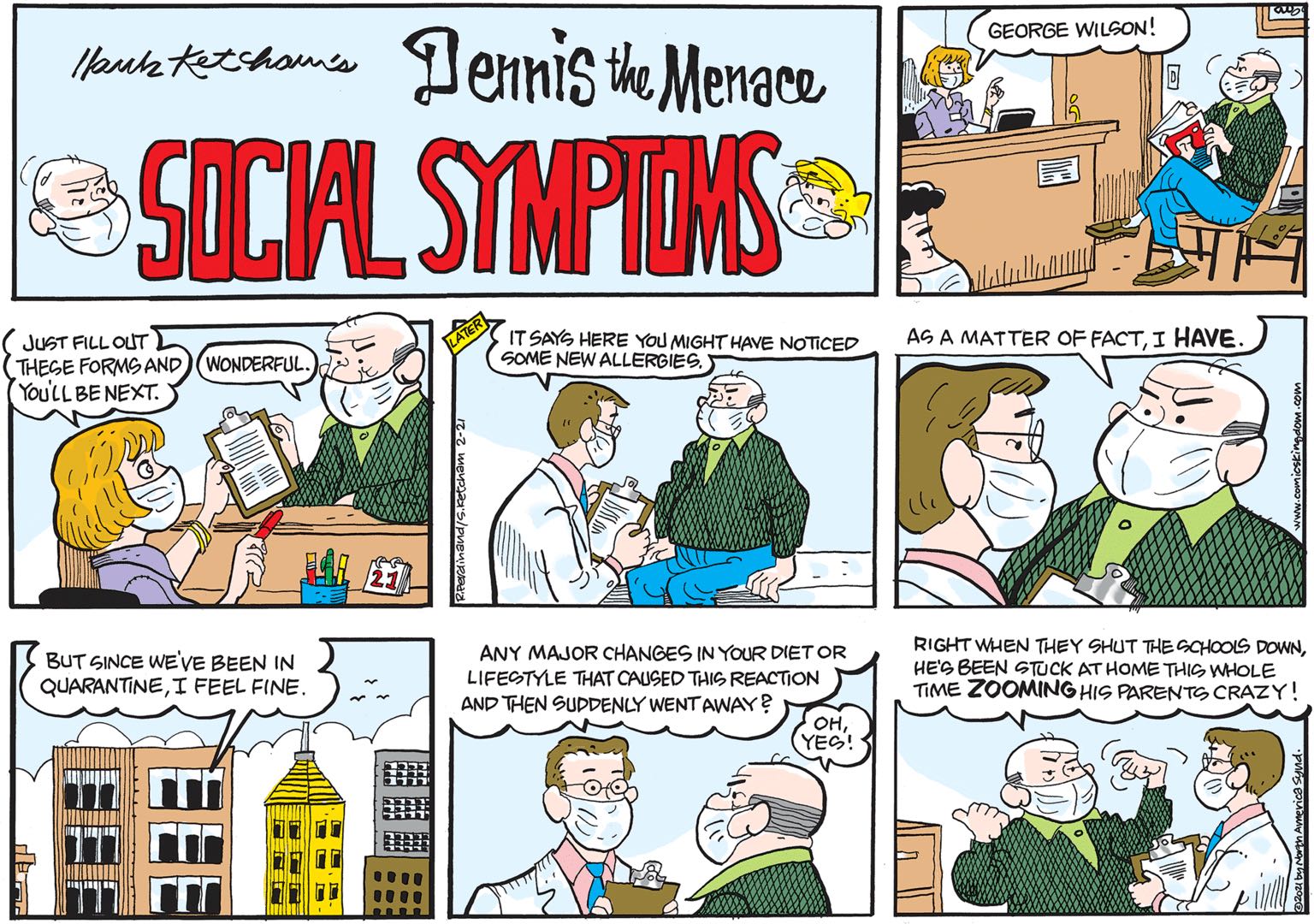 After a solid year of ignoring the coronavirus pandemic and muddling through in its mostly ’50s nostalgia world, Dennis the Menace has decided to abruptly leap into current events with both feet. How would Mr. Wilson — an elderly man whose human contact comes almost entirely from his wife, who he tolerates, and the neighbor kid, who he despises — deal with the isolating effects of social distancing? Well, it turns out the answer is “great.” Not so great for Dennis’s parents, obviously! There’s a reason they let him wander unsupervised through the neighborhood, after all. 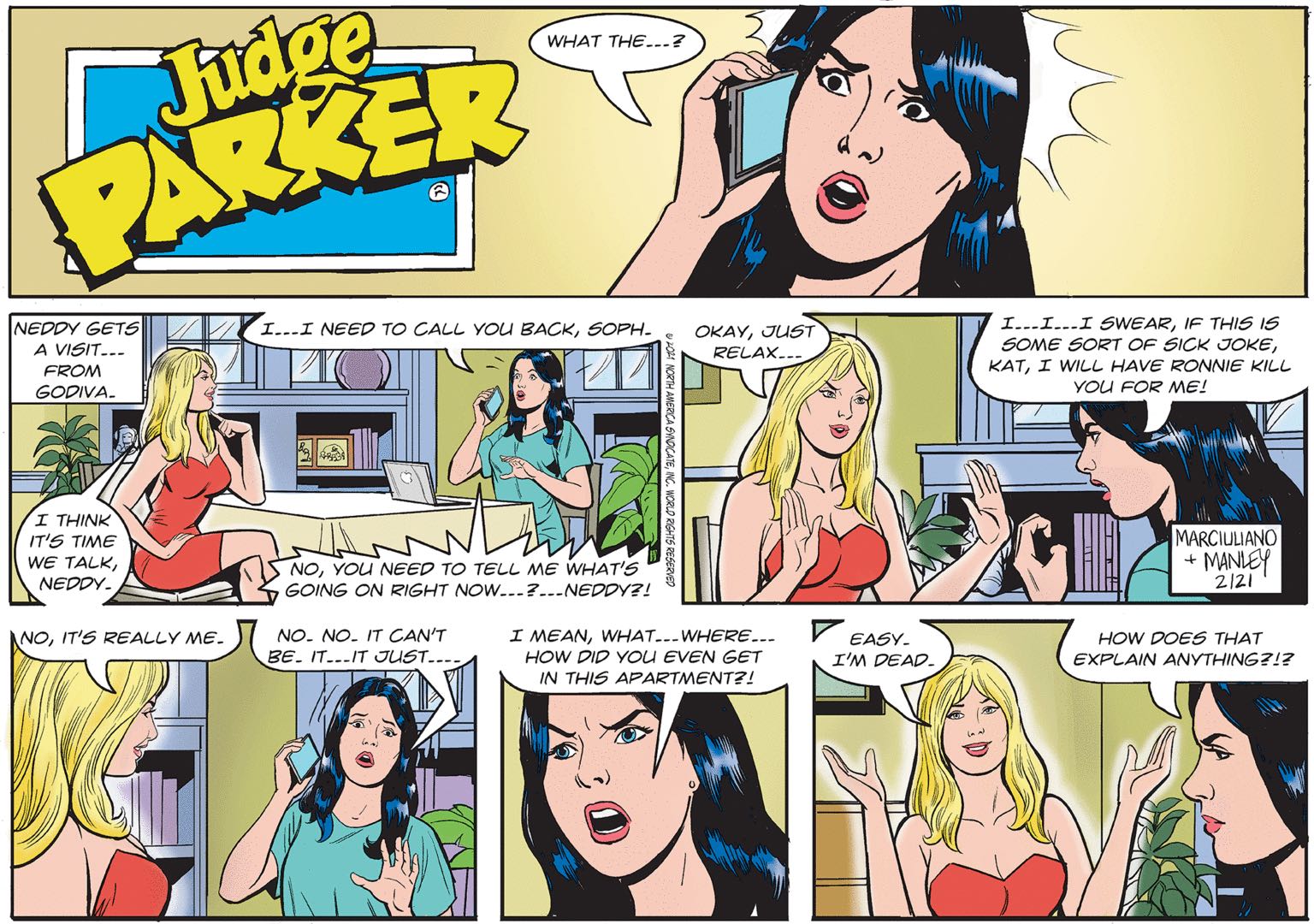 It’s no secret that Judge Parker has gotten significantly less zany in the post-Woody Wilson era. That’s why I’m very excited about it taking a sharp turn into a new chapter, and that new chapter is: Godiva Danube: Ghost Sexpot!