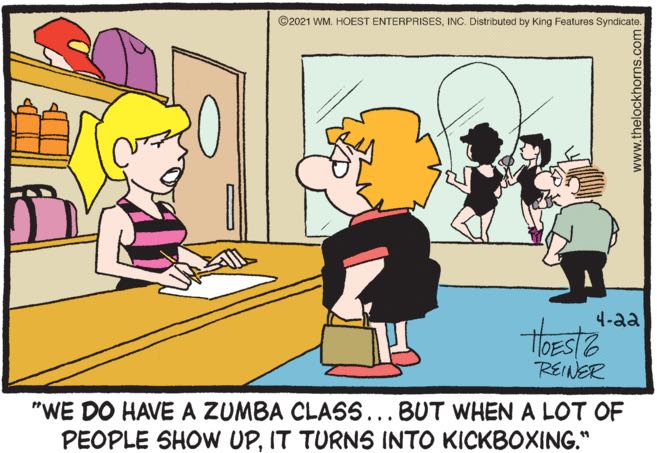 As usual, I admire the craftsmanship that went into today’s Lockhorns. It would be easy to have the panel just consist of Loretta staring dead-eyed at the woman behind the counter, unsure if she’s making a little joke or issuing a serious warning or what, damn it, she just wants to sign up for a class and people seem to like Zumba, maybe some exercise would help pull her out of her decades-deep depression, why does everything have to be a comedy routine around here. But to have that going on in the foreground, while in the background, Leroy is thinking “Oh, ladies in leotards jumping rope and lifting weights in front of a huge window? Don’t mind if I do”? That’s how you know a real professional put this one together. 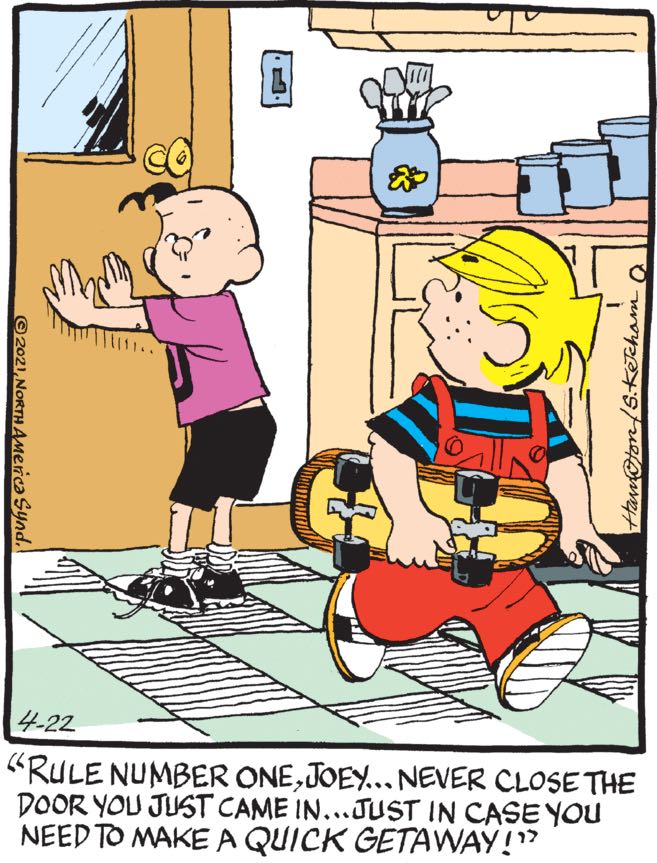 This is absolutely not Joey or Dennis’s house, right? Like, they probably don’t even know whose house this is?

Weezy’s face in the final panel shows that she knows Snuffy is just joking. He may be generally averse to physical labor, but he never passes up an opportunity to dig a shallow grave for members of the hated Barlow clan who’ve died at Smif hands in the latest backwoods ambush! Plus he absolutely does not give a shit about the environment.

133 replies to “Maybe the weight-lifting lady should give the jump-rope lady some more space, just a suggestion”