I’ve mocked them over the years, but I have come to respect the humble comics colorists as a vital part of the operation on the funny pages, and indeed believe sometimes they put more thought into their jobs than the cartoonists do. Take today’s Mother Goose and Grimm, for instance. The title character is, by long established convention, a bird, so her nose/mouth area gets a beak coloring, and her friend/drinking companion, despite her long hair, has a generally bird-like look, so she gets the same treatment. But what about the dude? In the suit? Is he a bird? He has a big pointy nose but he also has a big bulbous chin butt, rather than a chin drawn to resemble basically the bottom half a beak, like the ladies? But Ma Goose’s friend definitely wants to marry and/or fuck this guy, possibly not in that order, so it would be unseemly if he weren’t a bird, right? Better give his whole … nose/mouth … beak-ish … area the established beak aesthetic. Just to be safe! 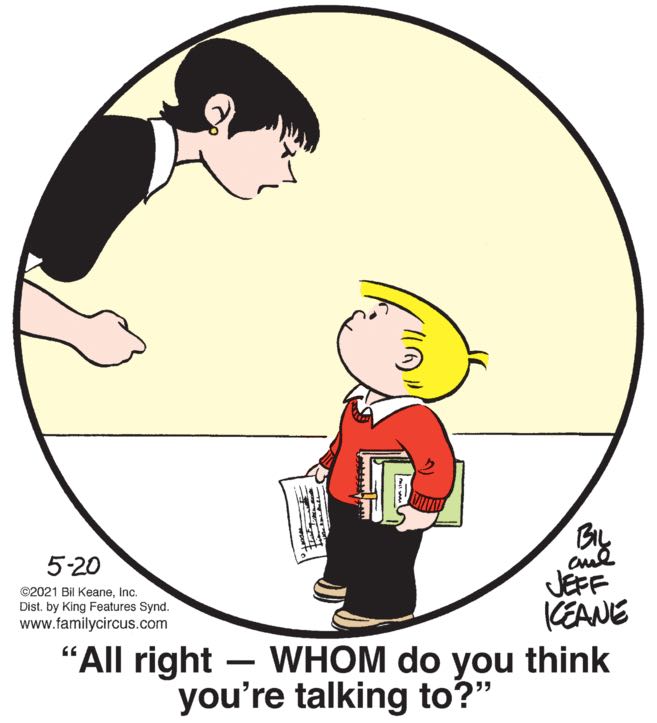 Another institution I’ve come to respect more and more over the years is the Family Circus. Say what you will about its treacly aura or its grandma-fridge fanbase, but it does commit to the consistency of its characters no matter where that leads. What I mean to say is that Billy is absolutely the kind of kid who would learn about the distinction between who and whom at school and then try to use his new knowledge to make his mom feel dumb, unsuccessfully. 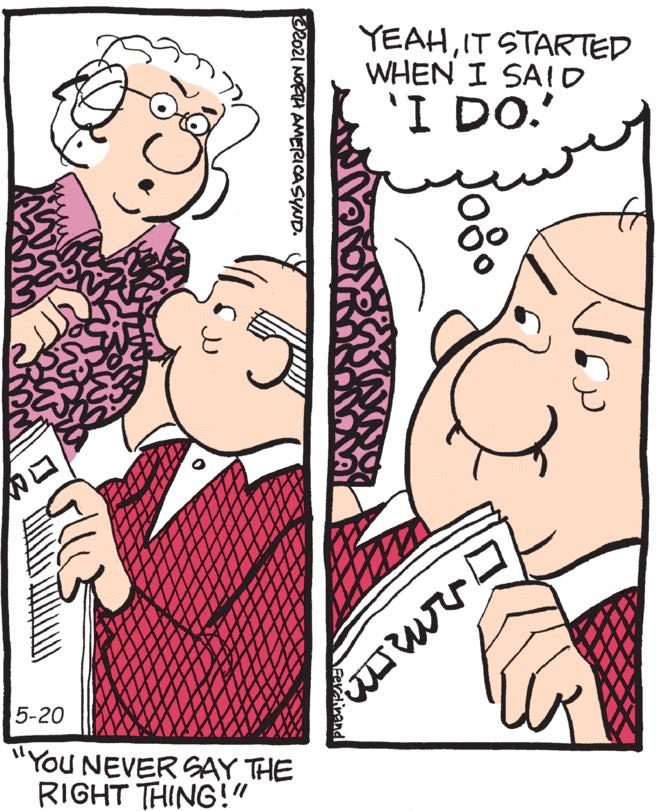 A lot of people think Mr. Wilson is grumpy because Dennis is always over at his house annoying him, but there’s more to it than that. For instance, he also resents his wife of many years and thinks his marital life is a prison!