Every once in a while, Hi and Lois likes to remind you that Beetle Bailey is Lois’s brother. Look, Chip has a picture of his Uncle Beetle on his nightstand! Also, it looks like Beetle has left the army and works for a fast food franchise now? Or maybe he’s joined a Communist army? 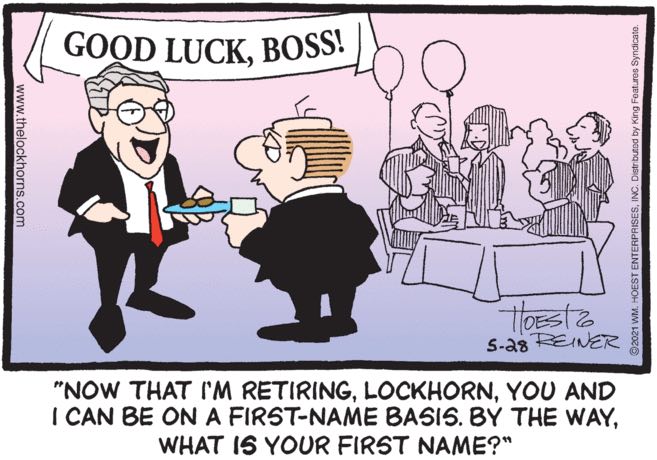 I guess the joke here is that Leroy has made so little impression that his boss doesn’t even know his first name, but it’s pretty clear based on the banner that none of the underlings know their boss’s name either! Just a real sad lack of workplace camaraderie all around.