I know the Phantom has seen a lot in his decades as a superhero (and, by proxy, in his 20 previous incarnations) and has therefore earned the right to be a little blasé about things that would make the rest of us quiver with terror. Still, I gotta say that his facial expression in today’s strip is a little less a blind seer telling him “YOU DIG YOUR OWN GRAVE, O GHOST WHO WALKS” and a little more “gosh, I hadn’t considered bundling my home and auto insurance, thanks for the tip.”

Miss Buxley being Beetle’s girlfriend is a relatively recent development in this strip, and we’ve probably all thought that he doesn’t deserve her, but seeing that she’s wandered out into a field, wearing heels, in an attempt to keep Beetle from practicing a fairly important skill for a soldier, it’s pretty clear he really doesn’t deserve her and actually she might be somewhat misguided. 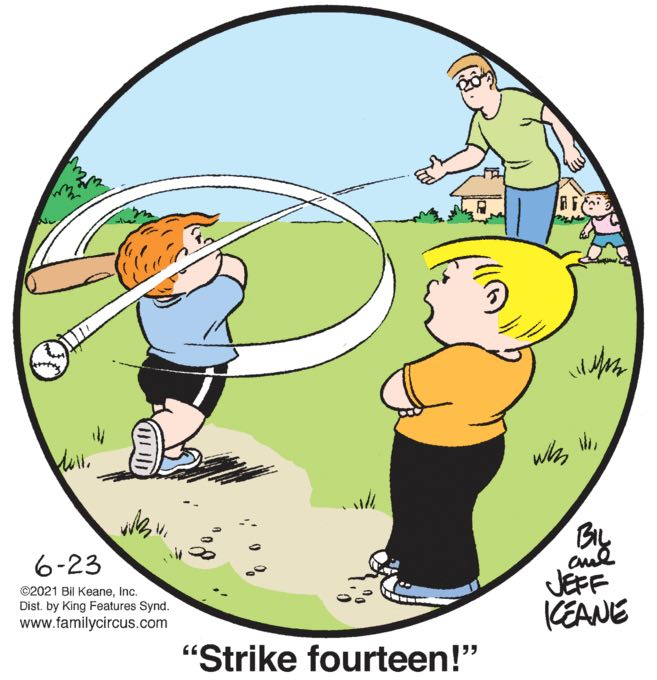 He may not be the most skilled, but one of these tries he’s going to hit it and everyone will finally be able to wrap this up and go back inside. (I’m talking about Big Daddy Keane hitting Jeffy’s head, of course. Look how close he came! I believe in you, Bil, you can do it next time!)