Folks, let me confide something in you. I was relishing the prospect of just tearing in to today’s Gasoline Alley for using a “joke” that, I was very sure, had been passed around by old people via Facebook and emails with “Fw: FWD: Fw: Re: Fw: Its good to laugh” in the subject line for years if not decades. I even went through the trouble of confirming that Rufus and Joel’s mule was indeed named “Betsy” so I could joke that Betsy looked absolutely furious about this shameful reuse of mediocre folk humor in a professional syndicated comic strip. All that remained was for me to do a little advanced Google searching, narrowed by date, to figure out exactly how old this joke was. But at the very beginning of my quest, I was confronted by something that truly shook me to my core: 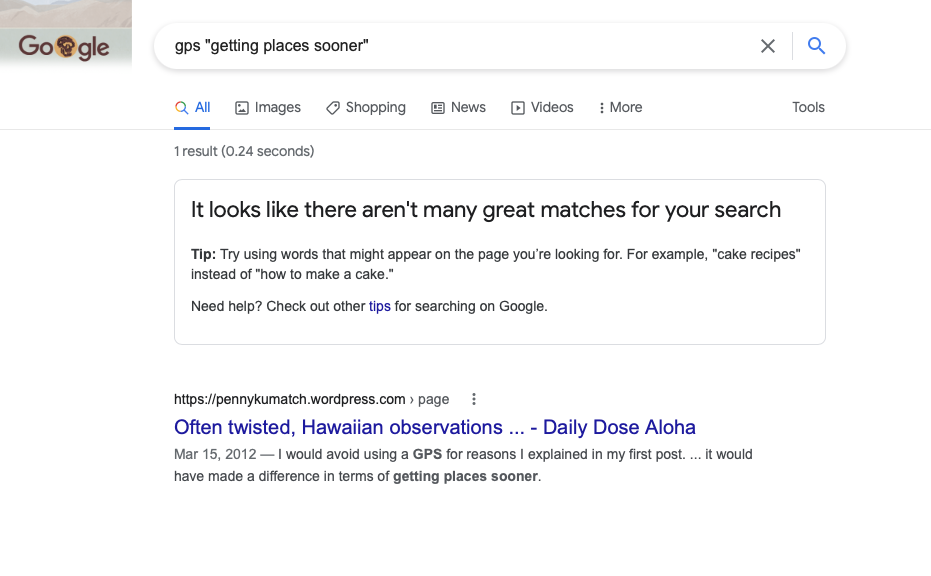 There it is, everybody: proof that somehow, this goofy line about GPS standing for “getting places sooner” (and yes, I also checked “gettin’”, same results) was apparently invented by the Gasoline Alley creative team, and yet it has the feel of the sort of thing down-home salt-of-the-earth folks have been saying to each other since GPS was widely commercialized in the early ’00s. I hereby retract anything cruel I may have said about this strip’s cornpone vibes. Gasoline Alley is in fact frighteningly efficient and accurate about its mission in ways I never could’ve dreamed of. 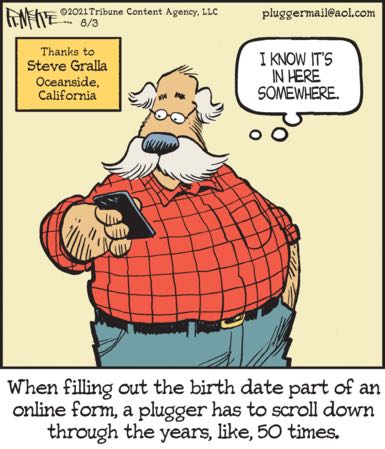 Meanwhile, over in Pluggers, I think we’re finally ready for Pluggers to just settle in with a series of increasingly baroque versions of “pluggers are old, meaning that they were born in years that are earlier than most other people’s birth years.”