You ever see a tiny, almost invisible piece of writing that just ruins your whole day? That happened to me today, and that piece of writing was the “®” after Barbie’s name in panel one here. Why did they feel a need to do this? Why does Barbie (registration number 0810106) get a ® and not Spider-Man (registration number 3553440)? At first I thought this might be because Barbie was in origin a doll, which is a physical product, whereas Spider-Man was in origin a literary character, but then I checked a recent Spider-Man movie poster and: 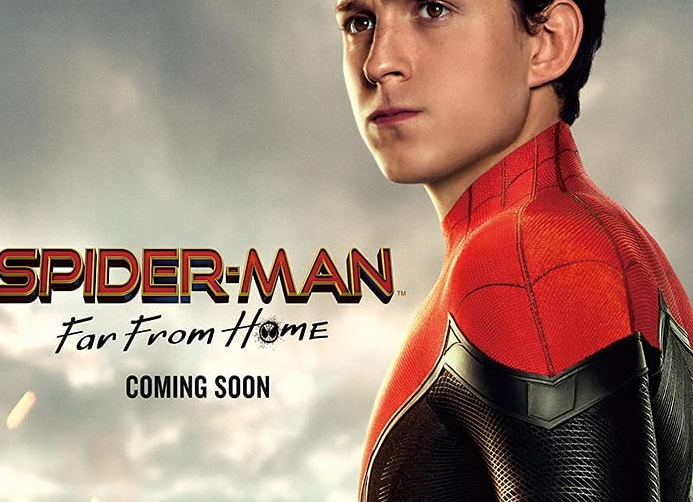 which, fine, that’s a ™ and not a ®, but the comic didn’t use ™ either, so what the heck? What the heck, man? Are Mattel’s lawyers somehow even scarier and more litigious than Disney’s? And how is Zoe pronouncing this legal glyph, huh? How is she pronouncing it? 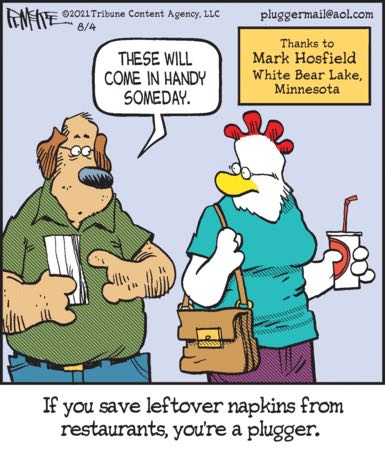 At least today’s Pluggers is straightforward enough. Pluggers hoard napkins, because they’re thrifty! But wait. Wait. Weren’t we just assured, a mere two weeks ago, that pluggers don’t use napkins to keep themselves clean while eating? So what are they hoarding them for, exactly? This makes the “someday” in today’s dialogue all the more poignant. The dog-plugger has thousands of napkins loosely piled up in the guest room, and every time the chicken-lady begs him to let her throw them out because they’re an “eyesore” and also a “fire hazard,” the dog-man gets real anxious and just keeps saying “No, they might come in handy! Someday!”

Just to end on a positive note, I enjoy the crosshatching at the right end of the panel here tipping you off to the fact that this is happening at night. Just Crankshaft going door to door at 9 o’clock, 10 o’clock, who even knows, disturbing people’s peaceful evenings by thrusting a wheelbarrow chock-full of zucchini at them. Good stuff!