I know I spend far too much time going on and on about comic book time here, but it really is an interesting lens for analyzing long-running strips like Blondie where all the characters stay more or less the same age. Like, for instance, to me as a reader, Ditzwell in the back seat there has been carpooling with Dagwood literally as long as I can remember, but the two of them haven’t gotten any older over that stretch, so who’s to say how long it’s been for them? Maybe they’re still getting acquainted with one another! Nevertheless, unless this is literally the first time Ditzwell has ever been in the car with Dagwood, he ought to know exactly who would buy these jelly beans. And let’s not even talk about say Herb, Dagwood’s ostensible best friend, who claims to be similarly mystified! It’s wild that a man of such obvious and simple pleasures can still somehow be an enigma to those closest to him. 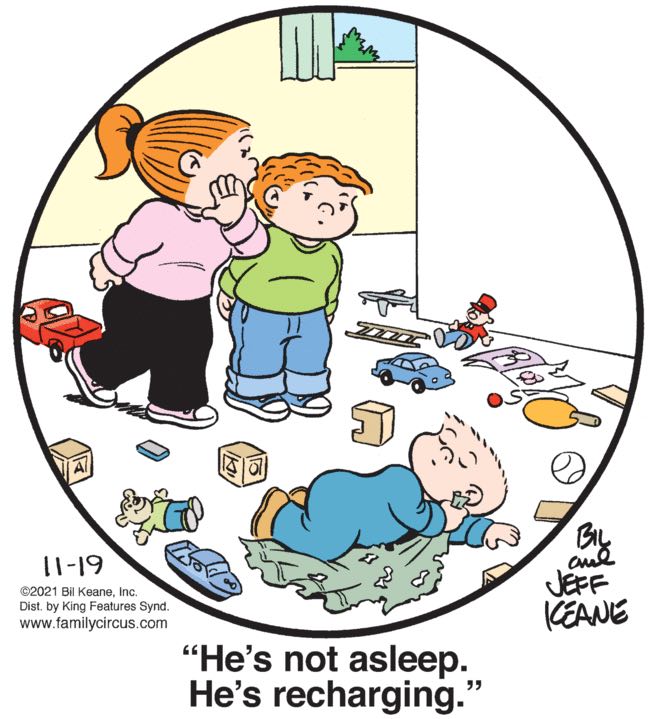 “Remember? He’s a robot! We’re all robots! Mommy and Daddy had real kids once, but no human could say the dardnest things efficiently enough for their needs.”