Just in case you need more evidence of what the typical newspaper comic-reading demographic is, the joke here is that the elderly gent they’re gossiping about caught mumps from his young bride, which is funny because mumps is a disease associated with children. Or, I guess I would say that it was associated with children until the MMR vaccine became near-universal in the early 1970s, which — and it gives me no pleasure to report this — was fifty years ago. Anyway, a fun fact that you may or may not want to think about in terms of our current epidemiological situation is that mumps traditionally was thought of as an annoying but not particularly worrisome disease that most kids got and got over, but we started developing a vaccine during World War II, when it started spreading on military transport ships and when adults caught it, it made their balls swell up real big. 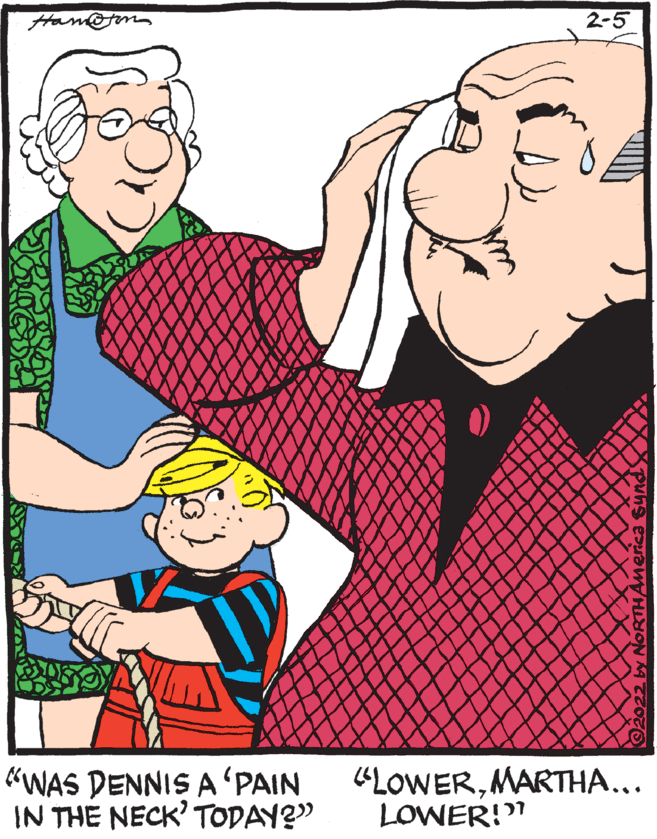 Mr. Wilson’s trademarked single bead of sweat has never been so poignant. He wants to say “ass” so badly — so badly he feels like he might explode — yet something beyond his control prevents him! What kind of suffocating universe does he live in, where the release of even the mildest of curse words is forbidden to him?