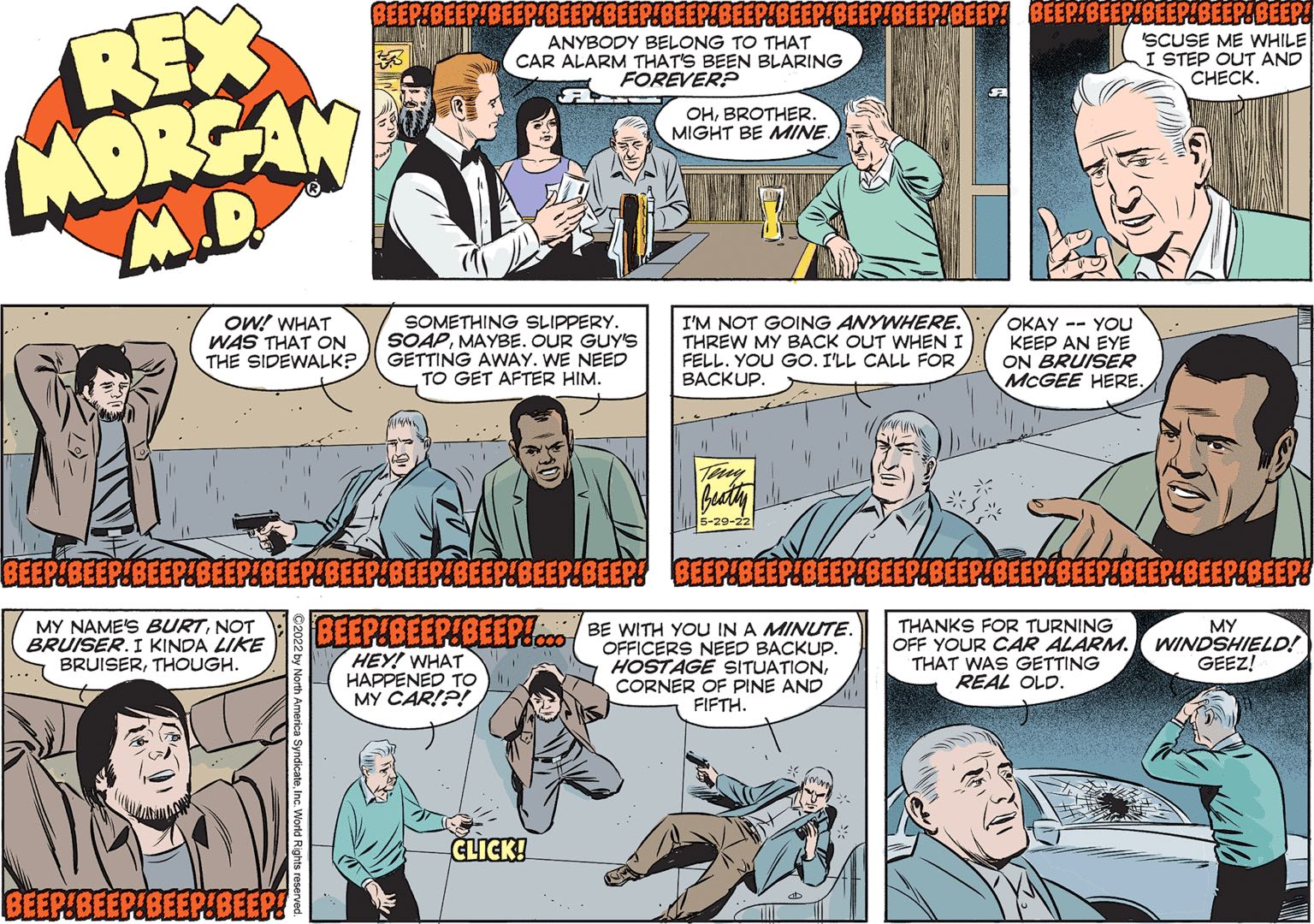 This is definitely one of the on-purpose funniest Rex Morgan strips in years, made funnier by its sort of shambolic, shaggy dog structure, where just a lot of random things happen and there isn’t any real point to any of it. Turns out the police force put their two oldest, creakiest cops on the costumed vigilante case, which is too bad because he used his magic slippery soap to completely incapacitate both of them and amble slowly away, holding a dude at gunpoint. Then you’ve got green sweater guy, who’s been downing beers at the bar for who knows how long, but finally realizes that his car alarm is going off (the car alarm must’ve been going off for the last week’s worth of strips, by the way) and stumbles over there to look dumbly at his windshield. The fact that Local Thug #2 is a little charmed by the random nickname one of these cops just gave him from a prone position is icing on the cake. Kudos all around! 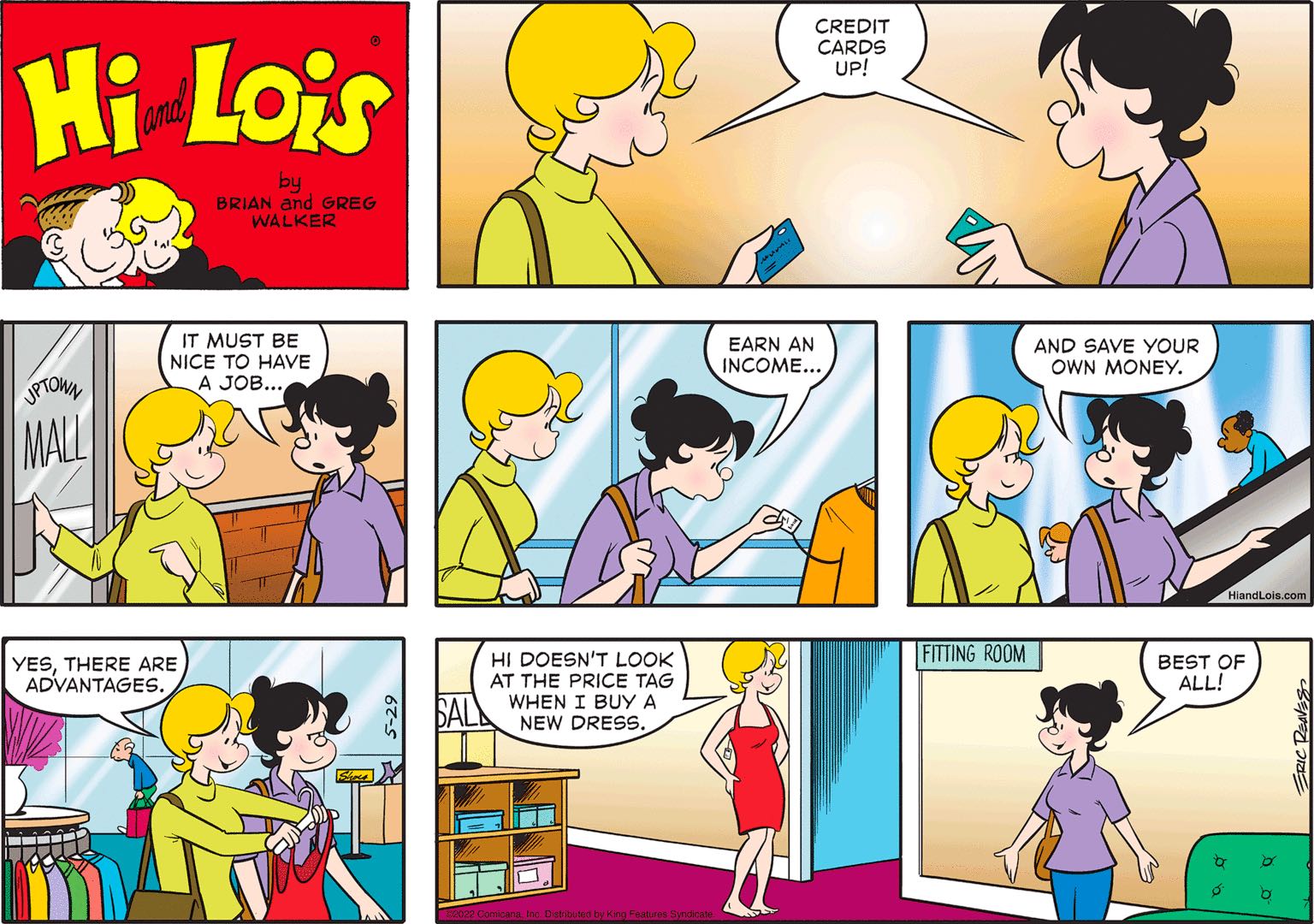 I’ve often wondered why Irma, who obviously despises her husband, stays with him. Turns out it’s because she’s economically dependent on him and has no choice. Grim stuff!

“It ruins the soup. The soup is my life, in this metaphor. You’ve ruined my life! God, that feels good to get that off my chest.”