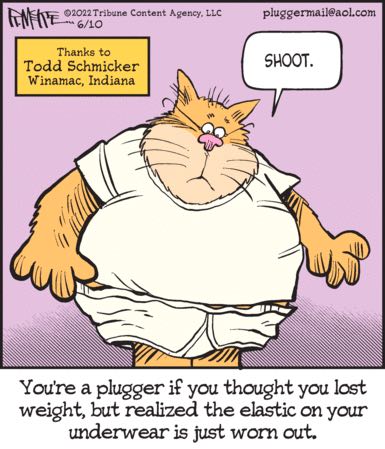 I have been writing this blog for far too many years, and a trend that I have noticed over that entire period is that syndicated newspaper comics have always felt like they need to be doing something to keep up with “the modern world” in some way. It keeps not working, but also there have continued to be syndicated newspaper comics for that entire period as well, so maybe they don’t, in fact, have to do anything at all, but their attempts are inevitably pretty funny. For instance, way back in 2006, For Better Or For Worse (only real ones will remember the Foobs) started posting animated versions of the strips on its website, except these were the same strips that went to physical newspapers where animation wouldn’t work so the only animation was that the characters would blink, and fairly slowly, so you could miss it and then see it out of the corner of your eye and be like “What the fuck was that, am I going crazy, are these people moving????” It wasn’t great! It wasn’t great for a number of reasons, not least of which is that the idea was planted that maybe some other cartoonist would try this stunt, and that they might try it at any time: that some image you assumed was static would suddenly start moving. This would be unsettling at any time, of course, but with some strips it would be much, much more traumatizing than others.

In order to experience the round of inflation that rest of us are all going through, Hootin’ Holler would have to be connected to global supply chains and the worldwide central banking systems, which we all know is absolutely not the case. I assume this is just a coincidence and what actually happened is that a plane crashed on the edge of town that had a cargo hold full of $100 bills, or possibly Chuck E. Cheese ski-ball tickets.