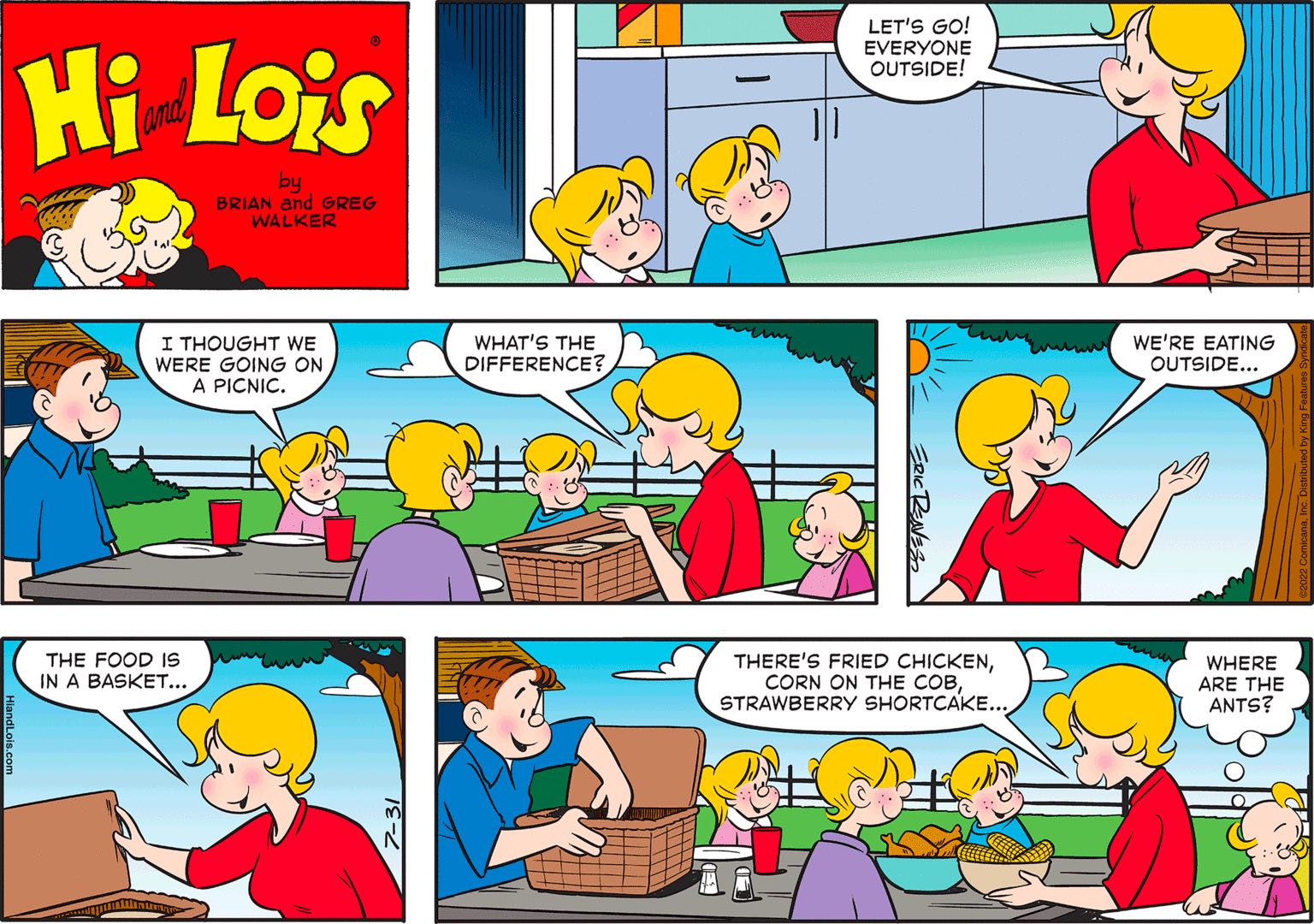 OK, guys, I’m about to go all Pluggers here, but do you (for values of “you” that are as old as I am or older) remember those ads for Heinz gravy that had a tagline about how it was just like homemade, but with “no lumps”? I never understood that line as a kid, but I guess the point is that was as tasty as homemade but, since it had been produced in a gleaming factory rather than by a person in their kitchen like in olden times, it was free of any imperfections, a fully liquid nutritive slurry that slides down your gullet with ease. Anyway, based on Trixie’s line, I … guess this is kind of the joke here? “Ha ha, it’s just like a classic experience you thought you were going to have, but without an annoying part,” except the innovation here is not the industrial production of processed foods but rather the picnic table? It’s either that or we’re supposed to laugh about how Dot thought they were going to eat a picnic and then Lois felt a need to explain how they’re actually just eating at a table in their own backyard for four panels, which is kind of funny, but not “ha ha” funny. 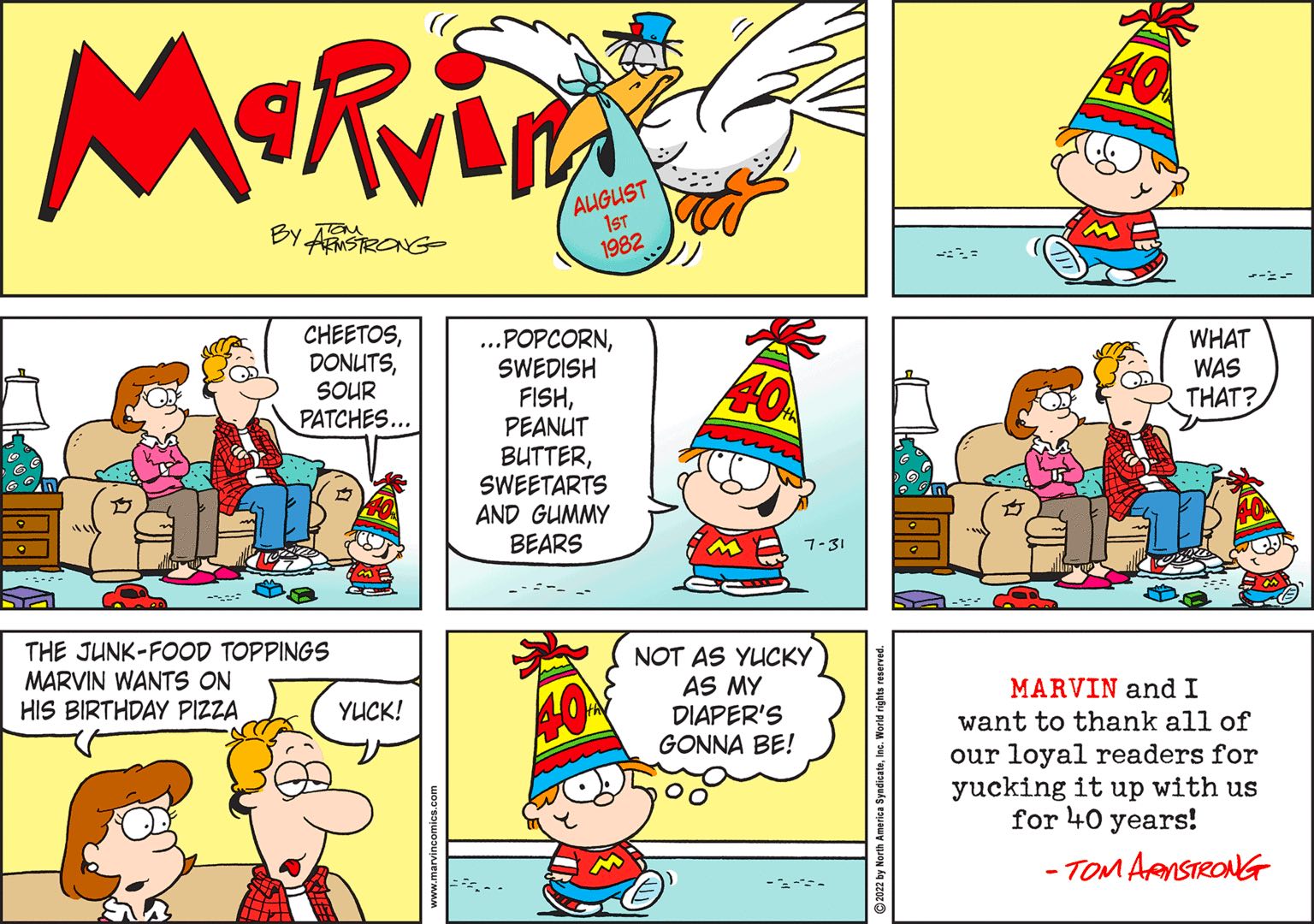 Say what you will about Marvin, but there’s no question about what the joke is today: the joke is that Marvin is going to eat a truly bizarre and disgusting collection of food, and then, in a few hours, he’s going to expel the waste products from that food into his diaper and it will be both more disgusting than how it went in and more disgusting than his usual poops. That’s the joke! The joke is about his nasty shits. Thanks for “yuck”ing it up with Marvin for the past 40 years! (“Yuck” is a joke there because it’s used as a synonym for laughing but also is a noise you make when you experience visceral disgust; as long as you do one of those things, this strip has succeeded.)