Here’s another sad scene from the tail end of those terrifying weeks when humans lost control of their planet to the Animals that would soon form the regime for which Slylock Fox serves as an enforcer. This doctor, one of the few H. sapiens survivors, hears a rumor of another free human holed up in the desert somewhere. He hitches a ride out there with a sympathetic horse, but when all he finds are dry bones, his mind finally snaps. “He could still be alive!” he shouts through the tears. “Let me check his vital signs!” “C’mon, doc,” the horse says, in shock at seeing the Earth’s former dominant species reduced to such a pathetic state. “Come back to the city! An amnesty’s been declared! They need medicos in the Reserved Zones!” But he’s not listening. That vulture, now — he knows what’s up. He knows these soft humans can die from a broken heart just as easily as from a hoofed or fanged attack. He knows there’s good eating coming. 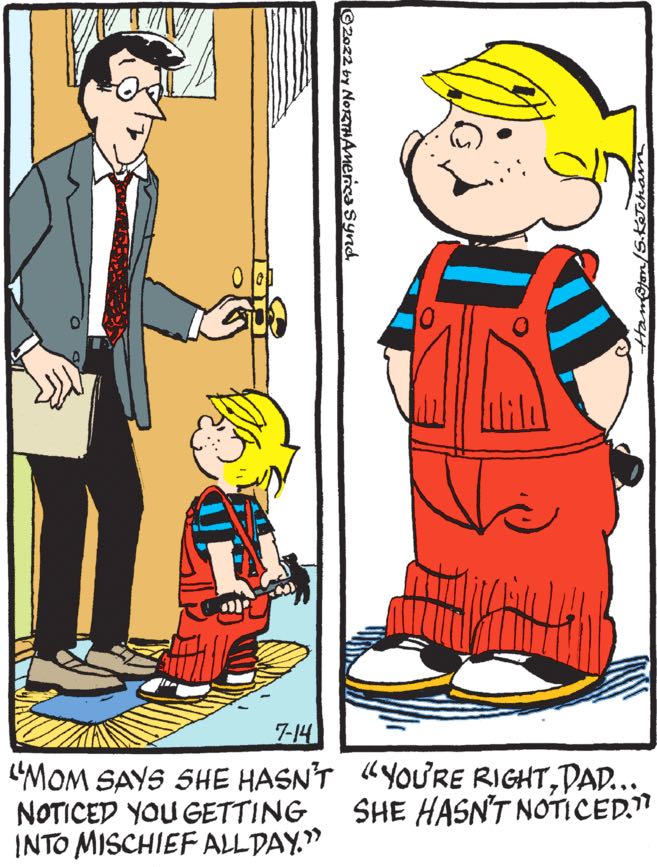 What specific sort of menace is Dennis about to unleash with that hammer? A lot of people are going to say “balls-oriented menace” but I think our boy’s smart enough to know that he can do more lasting damage if he aims for the knees.