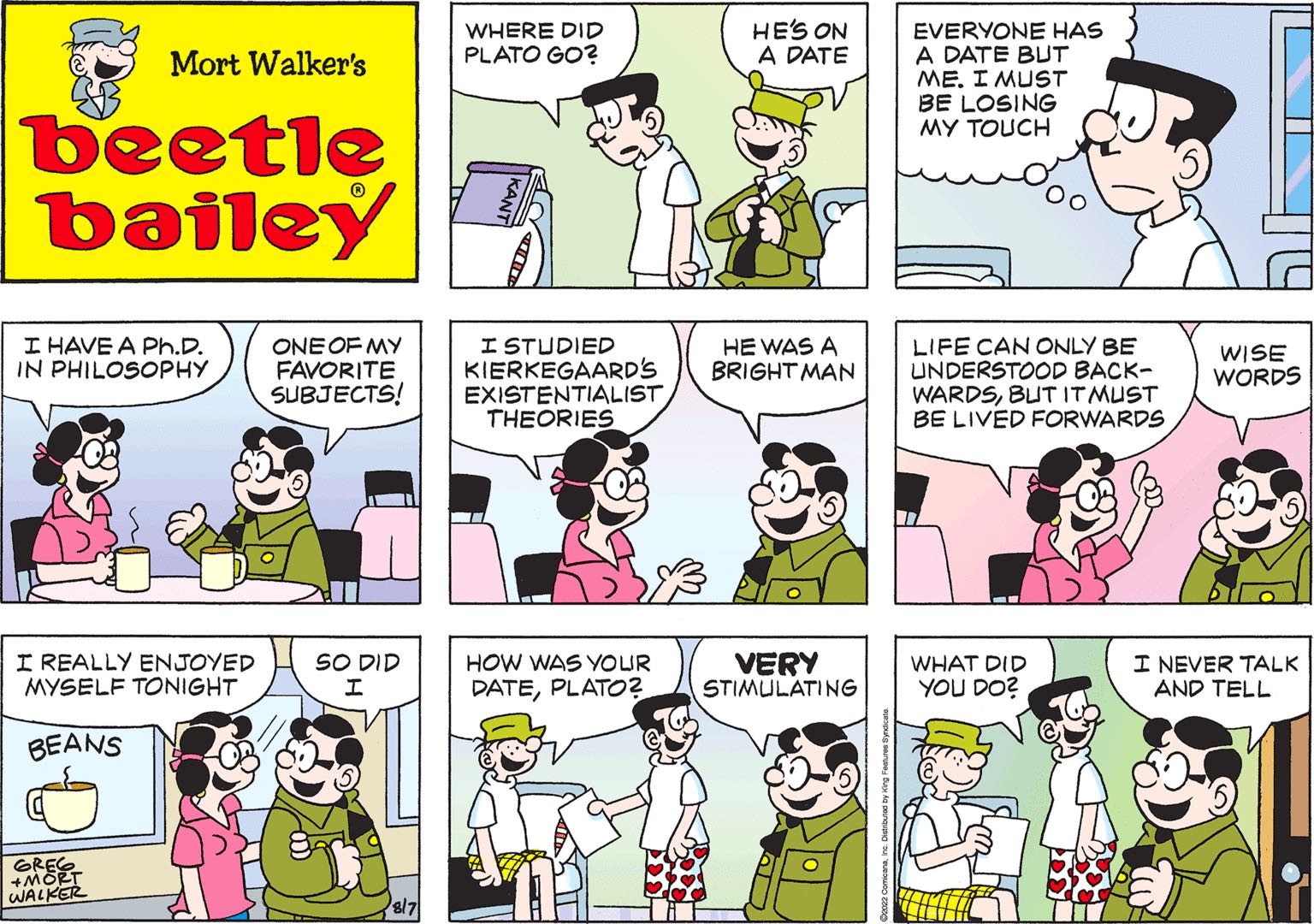 Say what you will about Beetle Bailey — and lord knows I’ve said a lot over the years — but it can be extremely comforting in its on-the-noseness. What does a nerd look like? Well, he looks like Plato, with glasses. And what does a girl nerd look like? She looks like Plato as well, with glasses, but also slightly longer hair and crudely drawn boobs. What to they do on a date? They talk about Kierkegaard, obviously. That guy was smart! That’s why the nerds respect him, because he was a nerd like they are! Do the nerds have sex, on this date? Absolutely not. How dare you suggest such a thing. How dare you. You’ll rile up our readers with such talk! 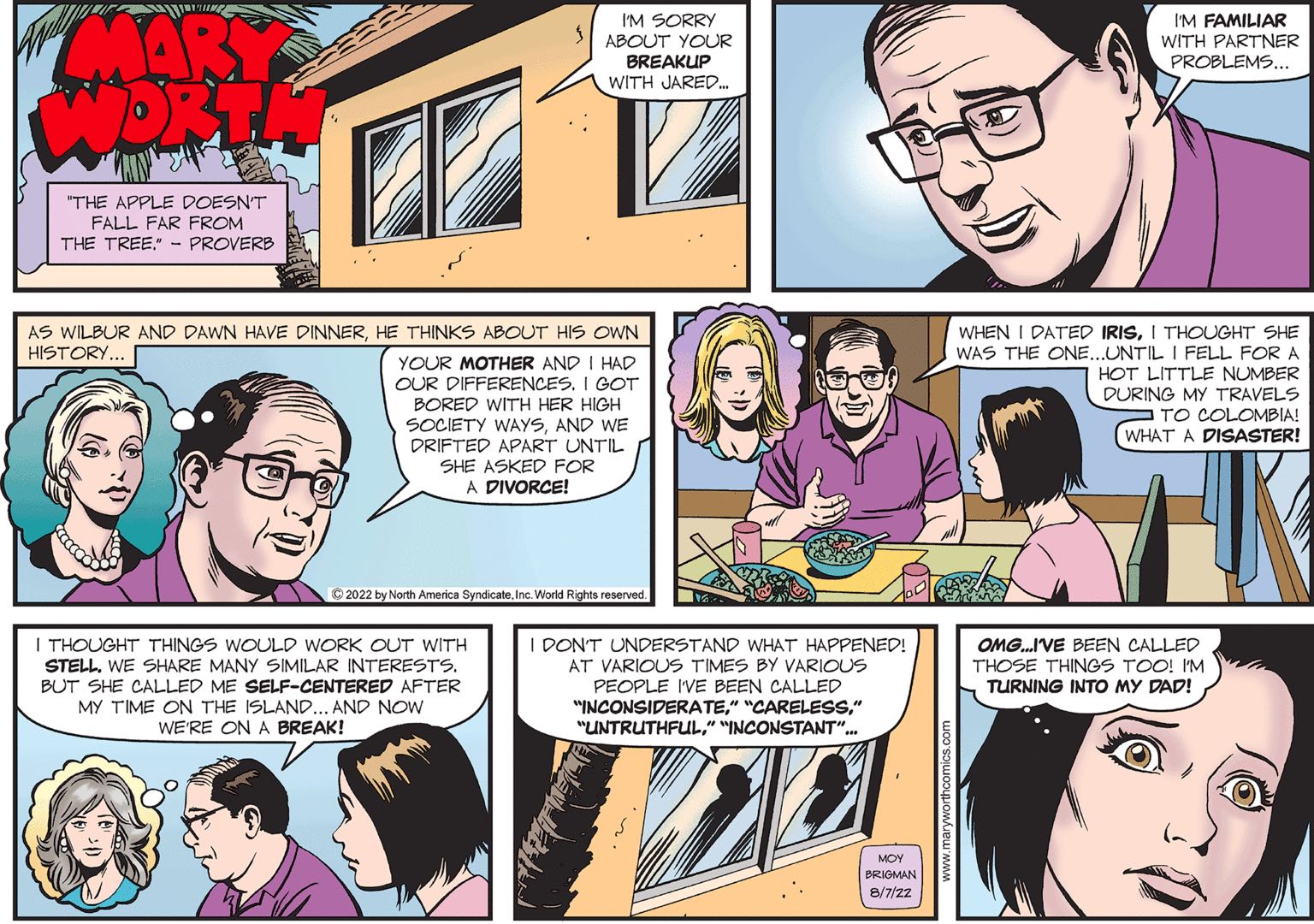 I think all of us have wondered at one time or another: what is our purpose in life? Well, it looks like Wilbur’s finally about to figure out why he’s been put on this Earth: to serve as a cautionary example for others. Or maybe he won’t figure it out, I dunno, he’s not very smart or self-reflective. Anyway, kudos to Dawn for realizing she’s a bad person, but I honestly could’ve done with at least four or five more panels of Wilbur rattling off cruel adjectives others have used to describe him before she had her epiphany.